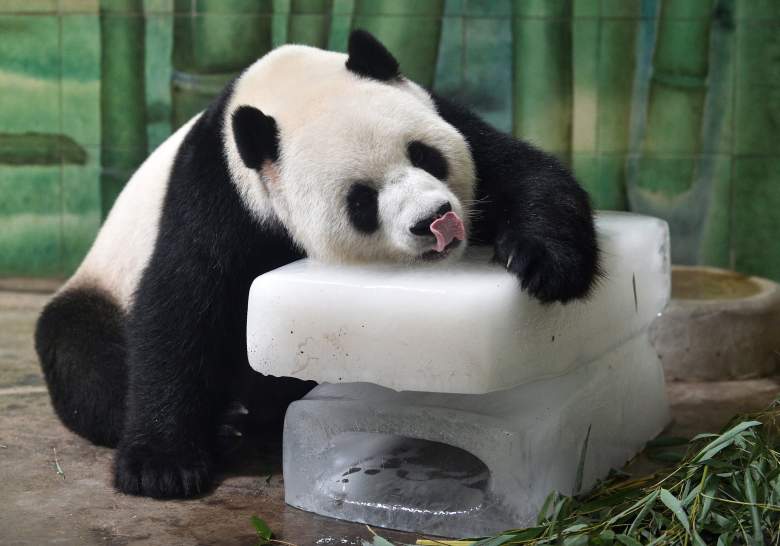 Giant pandas are endangered because their digestive systems and breeding habits make them very difficult to keep alive. One baby panda born last weekend at the National Zoo has died, further highlighting what a tough species this is to bring back from the brink. (Getty)

One of two baby pandas born at the National Zoo has died, reminding us of just how fragile giant pandas are. It’s incredibly difficult for these pandas to get pregnant, only 50 percent of the babies born tend to survive, and pandas aren’t even interested in eating the type of food that their bodies can digest. All these factors make it very hard to get pandas out of the endangered species category.

Here’s why it’s so hard to save the giant panda. 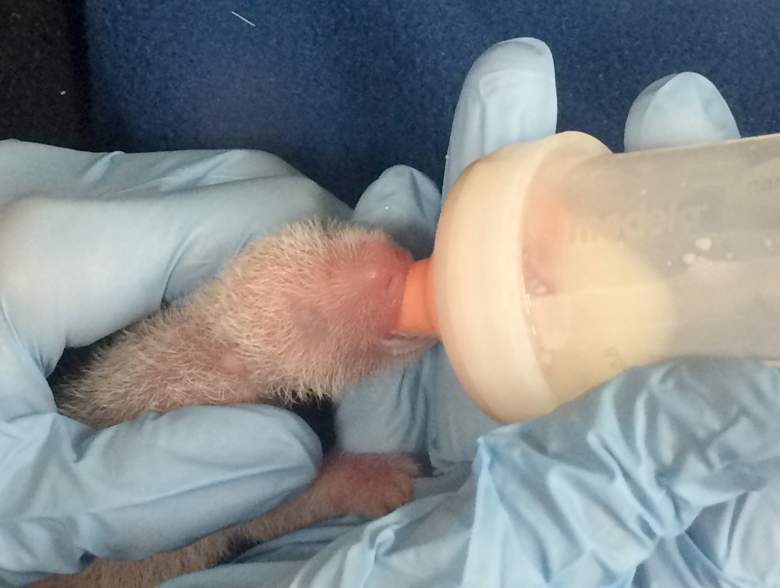 One of the absolutely adorable baby panda babies born at the National Zoo is fed with a bottle. These babies had to be swapped every few hours, because mother pandas can only care for one baby at a time. (Getty)

Panda babies are often born at a dangerously low birth rate, partially because of their extremely low-calorie bamboo diet. If a mother gives birth to twins, she invariably abandons one because she simply can’t raise both babies. That’s why at the National Zoo, officials swapped the pandas in and out each day between the mom and an incubator, so the momma panda Mei Xiang was able to care for both. Sadly, it just wasn’t enough, CNN reported.

2. Pandas Can Only Get Pregnant Once a Year 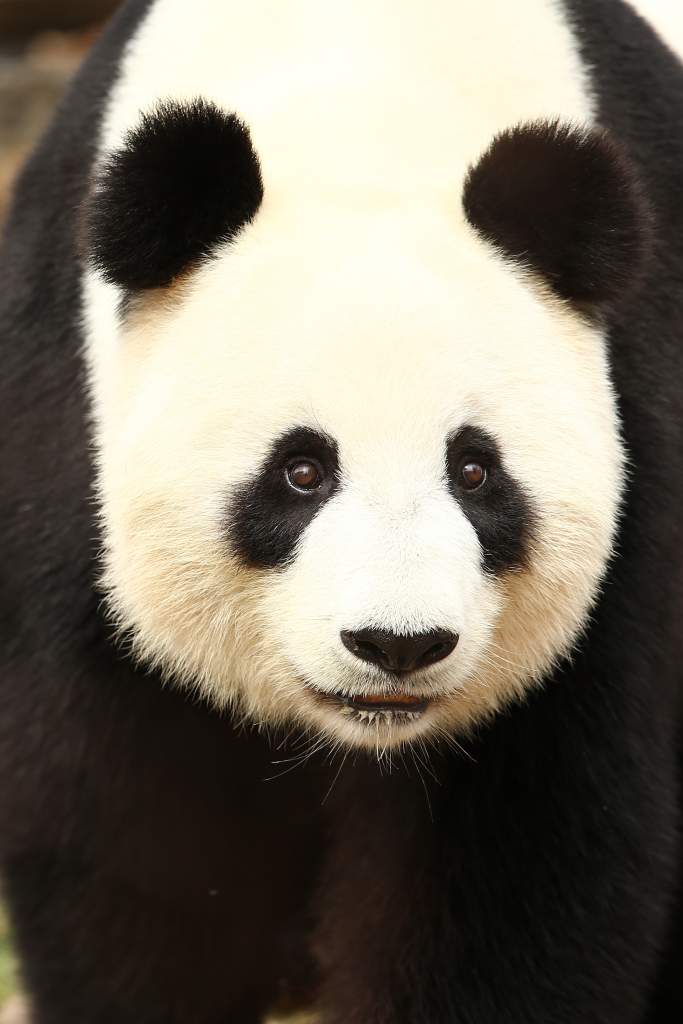 Female pandas can only get pregnant once a year. (Getty)

Here’s where things get really tough for endangered pandas. The females can only get pregnant once a year, The Guardian reported. Female pandas only ovulate once a year, and there’s only a 24-hour optimal window in that time where they’re likely to get pregnant. Even veterinarians who specialize in pandas say that it can be hard to tell the signs and sometimes they miss the 24-hour window.

3. It’s Nearly Impossible to Tell When a Panda Is Pregnant 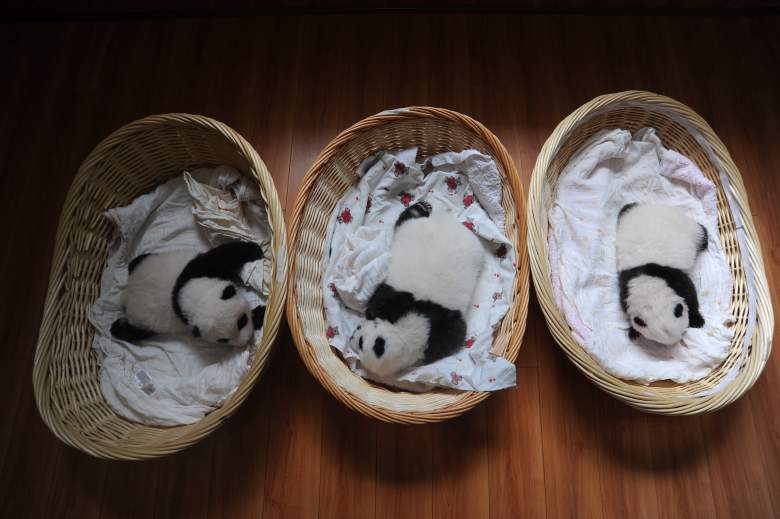 It’s nearly impossible to tell when a panda is pregnant. (Getty)

Zoo officials can have a really tough time because it’s nearly impossible to tell when a female panda is pregnant. The hormone levels of a female panda stay the same when she’s pregnant and, pregnant or not, she might start building a nest, sleeping longer, and doing other things to act like she’s pregnant, Motherboard reported. Panda fetuses are also hard to find on an ultrasound and often can be mistaken for feces. To make things even tougher, a panda’s pregnancy can last anywhere from three to six months. 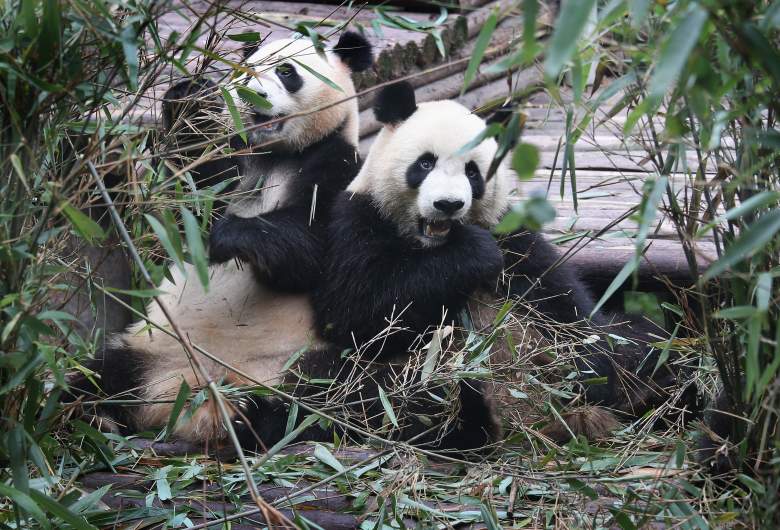 About 99 percent of a panda’s diet is bamboo. (Getty)

About 99 percent of a panda’s diet consists of bamboo. In the wild, they can only digest about 17 percent of the bamboo that they eat. This is because the microbes in their guts aren’t adapted to bamboo, BBC reported. The bacteria in their guts are designed to digest meat, not plants. In addition, they don’t have the genes required to produce enzymes that digest plants.  This means that pandas end up eating bamboo almost all day when they’re awake, because they need tremendous amounts of bamboo to survive. This low-calorie diet also means that they don’t have enough fat to hibernate like most bears and they try to expend as little energy every day as possible.

5. Pandas Have Lost the Ability to Taste Meat 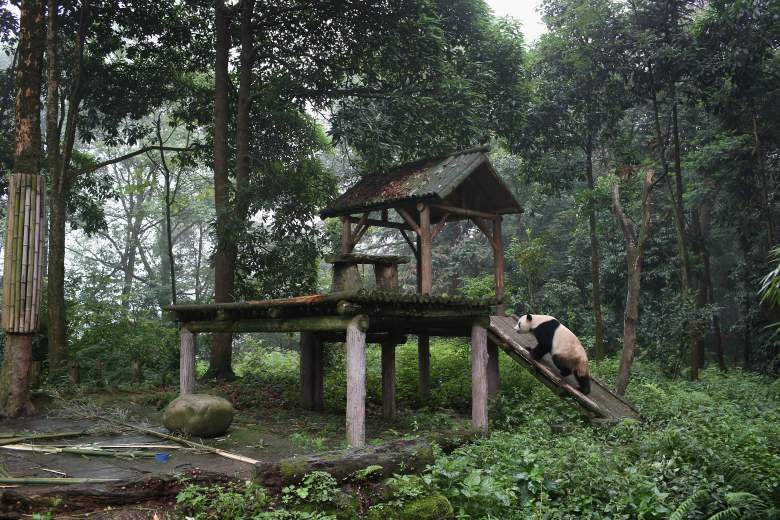 Pandas can’t taste meat, even though their bodies need it. (Getty)

Pandas would thrive so much better if they ate meat instead of bamboo. So why don’t they? The gene that allows animals to taste savory flavors found in meat is actually inactive in pandas, io9 reported. This means that even if meat was given to pandas in large quantities, they wouldn’t eat it because they can’t taste it. Unfortunately, their digestive systems are designed for meat and not plants, making them very inefficient eaters.

Read More
5 Fast Facts, Breaking News
Follow Heavy ↓
wpDiscuz
11
0
Would love your thoughts, please comment.x
()
x
| Reply
One of two baby pandas born at the National Zoo just died, reminding us of just how fragile pandas are. Here's why it's so hard to save the giant panda.