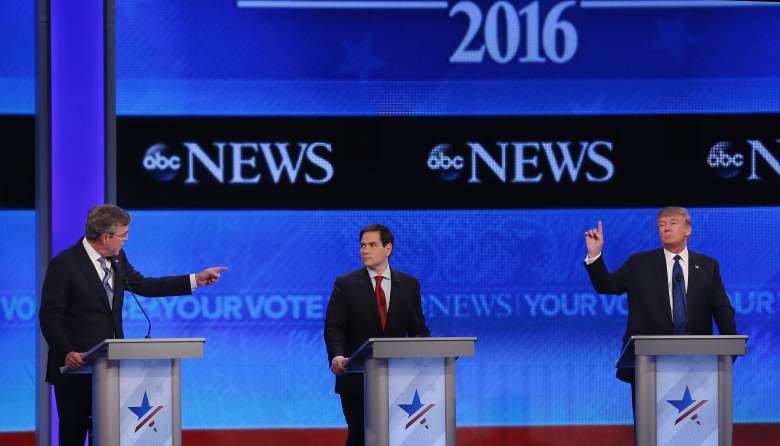 With just three days until Tuesday’s New Hampshire primary, Saturday’s debate was a tense affair. Whether it’s the Iowa machinations of Ted Cruz, the polarizing Donald Trump, and candidates like John Kasich and Chris Christie making their last stand in the Granite State, the candidates hit both the issues and each other hard.

Read our recap below, then vote in our poll for the winner:

Christie targeted Rubio’s experience, claiming that his executive tenure in New Jersey qualified him more than Marco Rubio’s time in the Senate:

Jeb Bush touted his own record in state executive government:

Jeb has a proven record of leadership. #GOPDebatehttps://t.co/RmtSXo17Nf

Ted Cruz publicly apologized to Ben Carson after his campaign sent a memo stating that Carson was dropping out of the race:

.@tedcruz apologizes to @realBenCarson for sending memo saying he was dropping out of campaign #GOPDebate https://t.co/2Ic4zQd2sC

While Carson never brought it up again, Trump included a reference to “Ben Carson’s votes” in his closing statements, delivered right after Ted Cruz touting his victory in Iowa.

.@realDonaldTrump: "We're going to take care of people that are dying on the street." #GOPDebate

Ben Carson described his Health Empowerment Account plan as a replacement for Obamacare.

When asked about his previous support for eminent domain, Trump doubled down, citing the many advantages of the procedure. Bush attacked him on his previous use of eminent domain to attempt to seize land for his business, to cheers from the crowd:

.@JebBush: "What Donald Trump did was try to use eminent domain to try to take the property of an elderly woman." #GOPDebate

Trump, in a surprising move, criticized the crowd itself:

The moment when Donald Trump met his worst enemy: The #GOPDebate audiencehttps://t.co/S7bVQLfZBR

Jeb Bush: "We have to lead. Without the United States, nothing seems to work." #GOPDebate https://t.co/5TiZLFU8Ji pic.twitter.com/xoWaO4fFpD

Cruz stated that Obama’s reluctance to commit to engaging with ISIS was emboldening the terror group, and vowed to reduce “Jihadist University” to rubble:

RT if you agree we must allow our soldiers to do their jobs! #GOPDebatehttps://t.co/Am3VjfUyzl

.@realDonaldTrump on ISIS: "4 years ago, I said bomb the oil and take the oil… I still say the same." #GOPDebate https://t.co/q34oJluvpk

He also promised to bring back waterboarding “and a hell of a lot worse:”

Rubio and Bush both denounced the proposed closure of the detainee camp at Guantanamo Bay.

While touting his record of budget balancing and tax cutting, John Kasich cited his New York Times endorsement as someone who could work with others:

.@JohnKasich: "We have to solve problems in America by coming together, Republicans and Democrats."#GOPDebate https://t.co/IqzMdmmKi7

Trump says he is a true conservative: "We want to conserve our money..we want to be smart." https://t.co/5TiZLFU8Ji pic.twitter.com/xzhevxsFRU

Ted Cruz told a personal story about his half-sister’s ultimately losing battle with addiction, then segued into his vow to stop drug traffic by securing the borders:

After telling story of his sister who died of drug overdoes, Cruz pivots to turn the heroin issue into a border issue. #GOPDebate

I am pro-life. That means every life is precious. No life is disposable. #GOPDebate

Trump opened up the subject by praising the police and asking for more respect:

Pointing to his time dealing with an Ebola scare as governor of New Jersey, Christie advocated a quarantine for tourists returning from Zika-vulnerable nations:

Christie says he'd quarantine people traveling from the Rio Olympics because of the Zika Virus like he did with the Ebola nurse. #GOPDebate 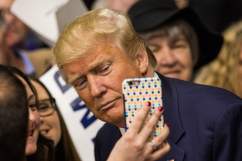 GOP Polls for Feb. 5: State of the Race in New Hampshire & South Carolina