Katie McClendon pictured with her late husband in February 2014. (Facebook)

Oklahoma businessman Aubrey McClendon “pretty much drove straight into [a] wall,” killing himself instantly on March 2. This came one day after the part-owner of the Oklahoma City Thunder had been charged with conspiracy with regard bid rigging for oil and natural gas purchases. The announcement of his death came from Oklahoma City Police Capt. Paco Balderrama who said that the one-time billionaire was not wearing a seat belt when he died in the single-car accident in Oklahoma City. He was 56 years old and is survived by his wife, Katie McClendon nee Upton Byrns as well as their three children, Jack, Callie and Will.

Katie is a cousin of Michigan U.S. Rep Fred Upton and he is an uncle of model Kate Upton. Prior to being married, Katie went by Katie Upton. The model has been a fixture at Oklahoma City Thunder games from time to time over the years.

2. She’s a Graduate of Duke University, Where Gargoyles of Her Likeness Once Adorned a Dorm at the School

According to a profile of her late husband on Oil Pro, it says that he met Katie at Duke University. He was a History graduate with a minor in accounting.

The couple married in 1981 in St. Joseph, Michigan, the same year he graduated. Katie graduated in 1980. The piece also details the philanthropic activities of the couple noting that since the 1990s, they have donated over $75 million to various institutions including Duke. The Duke Chronicle reported that the specific amount given to the school was $16 million. All three of the couple’s children attended the school. In 2005, the McClendons gave $6 million to fund a new student plaza at Duke. Katie sang in the chapel choir during her time at the school.

Aubrey McClendon was passionate about his family, his business and Duke University. His generosity helped transform Duke in ways large and small, from his commitment to enhancing student life on campus, to his support for the Duke Chapel, to his love of Duke athletics. We grieve with Katie, Will, Callie and Jack, as we also celebrate his legacy at Duke and beyond.

An infamous investigative piece on the McClendons by Reuters which talked about his lifestyle, mentioned that gargoyles bearing the McClendon’s likeness once adorned an arch at a dorm building named for them. They were removed when Katie said they were “too ostentatious.”

The same Reuters investigation said that Katie’s husband got a store in Oklahoma to ship a dress from Japan for his wife in 48 hours. The store’s owner said that Aubrey McClendon walked into Bailliets, a clothing boutique in Oklahoma City, with a picture of a dress torn from the New York Times and asked for it. Later, Aubrey gave the store owner a job running a new shopping center project. 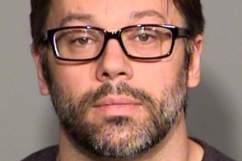 3. She’s an Heiress to the Whirlpool Washing Machine Fortune

Katie’s grandfather was Frederick Upton, who founded the Whirlpool Corporation, with his brother Louis in 1950. The company had a revenue of $20.9 billion in 2015.

The couple lived in the Nichols Hills neighborhood of Oklahoma City. In April 2013, their son, Jack, was married in Oklahoma. The society blog The Lost Ogle wrote a post enquiring if he had disinvited some of his friends from his wedding.

The McClendon family are known in Oklahoma for their philanthropic activities. As part of that, Katie sits on the board of the Oklahoma Museum of Art and the Oklahoma Historical Society. After being ousted from the Chesapeake Energy Corporation in 2013, the Oklahoman published a list of tributes to the couple, one from a a woman named Linda Horn, mentioned the couple’s intern programs for kids in Oklahoma. Horn wrote, “The legacy you gave this city will live on, just as your name and Katie’s will!”

Katie previously sat on the Board of Visitors of Duke’s Trinity College of Arts & Sciences.

5. Just Prior to His Death, Her Husband Maintained That He Had Been ‘Singled Out’ by His Charges

In a statement after first being charged with big rigging and anti-trust offenses, Aubrey McClendon said, “All my life I have worked to create jobs in Oklahoma, grow its economy, and to provide abundant and affordable energy to all Americans. I am proud of my track record in this industry, and I will fight to prove my innocence and to clear my name.” Aubrey McClendon added that he felt he had been “singled out” by the investigation. 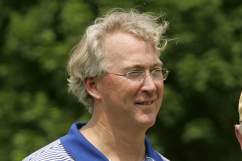 Loading more stories
wpDiscuz
9
0
Would love your thoughts, please comment.x
()
x
| Reply
Oklahoma businessman Aubrey McClendon "pretty much drove straight into [a] wall," killing himself instantly on March 2. He is survived by his wife, Katie McClendon nee Upton Byrns as well as their three children, Jack, Callie and Will.