Elie Wiesel, the Nobel Peace Prize winner who spent his life ensuring that the world never forgot about the horrors of the Holocaust, has died. He was 87 years old and is survived by his wife of 47 years, Marion Wiesel, and their son Shlomo Elisha Wiesel.

Marion is also a Holocaust survivor and an activist herself. She has been instrumental in making sure that her husband’s work is well-read by translating his books. She also has a daughter from a previous marriage, Jennifer.

“My husband was a fighter. He fought for the memory of the six million Jews who perished in the Holocaust, and he fought for Israel. He waged countless battles for innocent victims regardless of ethnicity or creed,” Marion Wiesel said in a statement. “But what was most meaningful to him was teaching the innumerable students who attended his university classes. We are deeply moved by the outpouring of love and support we have already seen in the wake of his passing.”

1. Her Family Was From Austria & Also Escaped the Holocaust 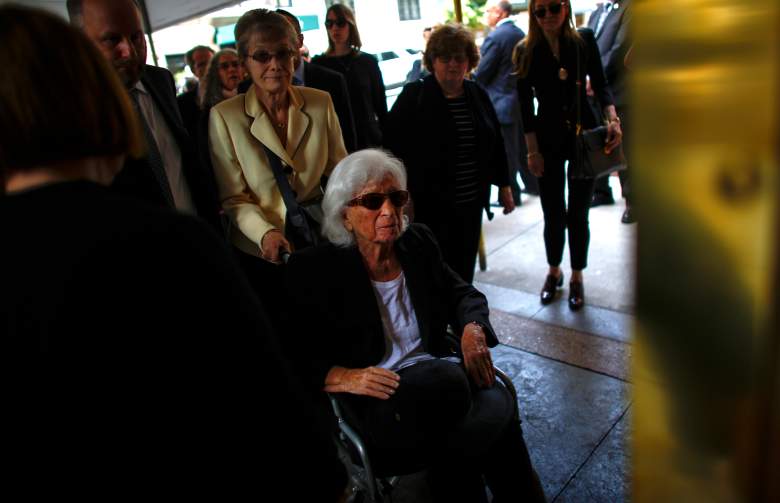 Wiesel was born Marion Erster Rose in Vienna and she is a Holocaust survivor, according to Central Synagogue. Her family hired a guide to take them from Austria to Belgium. Unfortunately, the Nazis also took over Belgium in 1940 and she was taken to a camp in France.

The family escaped the camp in 1942 when her mother sold her jewelry to a guide who helped them get to Switzerland. The family lived in Switzerland until 1947. 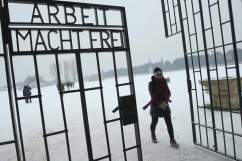 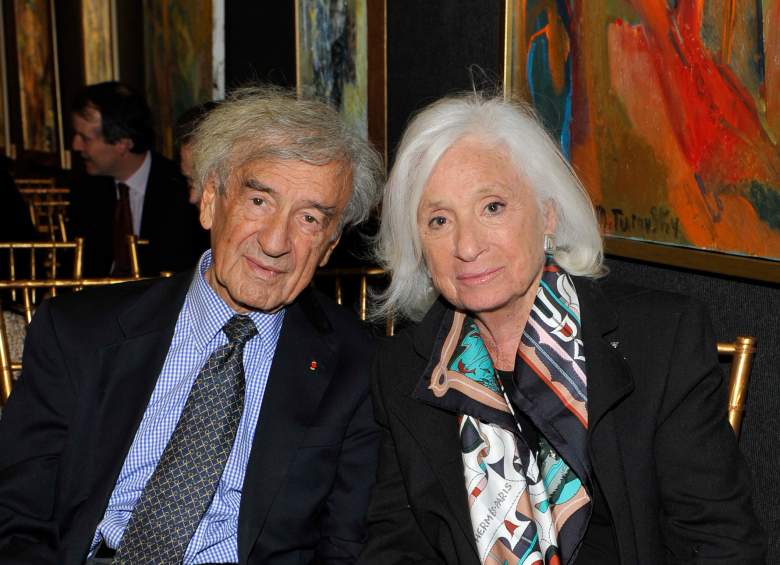 Marion is fluent in five languages, a skill that proved important for her husband, who originally wrote his iconic memoir Night in French. In 2006, Marion was behind a new best-selling translation of Night, which was a best-seller after Oprah Winfrey chose it for Oprah’s Book Club.

“At no point did this change the meaning and the fact of anything in the book,” Wiesel told the Times at the time. “When I worked on the book, I kidded Elie and told him, ‘I don’t think you can add.'”

There were other changes and Wiesel insisted at the time that she did not read the original English translation from 1960.

“This is a factual account, and the changes were made with full transparency. It is Elie who speaks about the differences himself in his preface,” Marion said at the time. 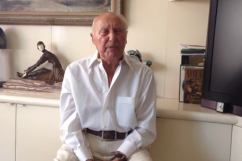 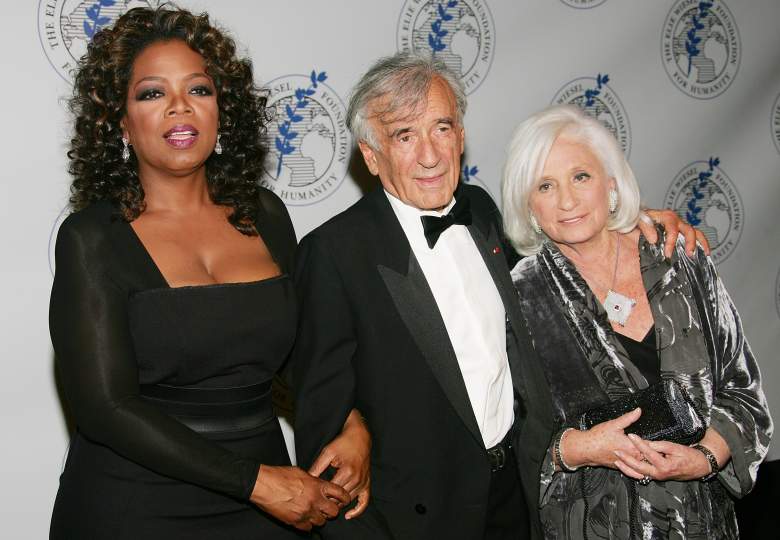 Oprah Winfrey with Elie and Marion Wiesel in 2007. (Getty)

While Elie Wiesel has countless awards and honorary degrees, the couple were both cited as recipients of the World Jewish Congress’ Theodor Herzl Award in 2013. The award was presented in New York by Hillary Clinton, Forward.com reported at the time.

When she received the award, Wiesel reflected on the importance of Theodor Herzl when she was a student in Switzerland. Herzl created the World Zionist Organization, which drew up plans for the creation of a Jewish state.

“Each day I passed the Drei Konige [Three Kings] Hotel which he made famous,” she said. “Every citizen of Basel – Jewish or not — knew about him. So here I am again with Herzl and thank you for letting me speak before my husband.”

“The Wiesels are a Jewish and world treasure who live and breathe Herzl’s ideals. Their contribution to the understanding of the Holocaust and to combating intolerance and injustice worldwide is incalculable,” Ronald S. Lauder, the WJC’s President, said, reports the Jewish Post. 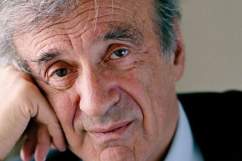 Elie Wiesel Quotes: His Most Powerful Quotes on Indifference, Humanity

4. She Co-Founded the Elie Wiesel Foundation for Humanity 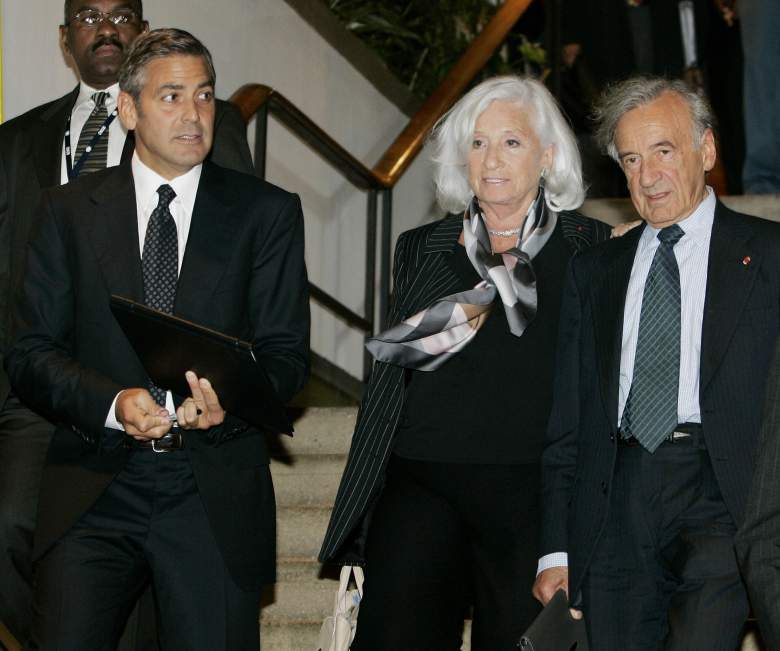 Marion and Elie Wiesel with George Clooney in 2006. (Getty)

The Weisels co-founded the Elie Wiesel Foundation for Humanity after Elie Wiesel received the 1986 Nobel Peace Prize. The foundation sets out to “combat indifference, intolerance and injustice through international dialogue and youth-focused programs that promote acceptance, understanding and equality.”

The foundation also hands out awards, like the Arts For Humanity Award, which went to Tom Hanks in 2012 and George Clooney in 2014; and the Humanitarian Award, which went to Winfrey in 2007 and former French President Nicolas Sarkozy in 2008. They also hold an annual Prize in Ethics Essay Contest.

Elie Wiesel Lost His Savings in Madoff's Ponzi Scheme | SuperSoul Sunday | Oprah Winfrey NetworkIn 2008, Bernie Madoff was arrested for running the world's largest Ponzi scheme, one that cost many—including Elie Wiesel—their life savings. Elie and his wife, Marion, lost their entire savings, as well as $15 million from the foundation they worked their whole lives to build. Watch as he reflects on what it was like to…2012-12-09T20:00:19.000Z

As Haaretz notes, the Wiesels were among the celebrity victims of Bernie Madoff’s Ponzi scheme. Their foundation lost $15.2 million it had invested with the criminal and also lost their life savings, estimated to be $1 million. They were able to a third of that money just to keep the foundation running.

“All of a sudden, everything we have done in forty years–literally, my books, my lectures, my university salary, everything—was gone,” Wiesel said during a 2009 panel discussion, reports CNBC. “We gave him everything, we thought he was God, we trusted everything in his hands.”

The author said that Madoff “presented himself as a philanthropist” and they only met twice. When asked if he could ever forgive Madoff, Wiesel bluntly said, “No.”