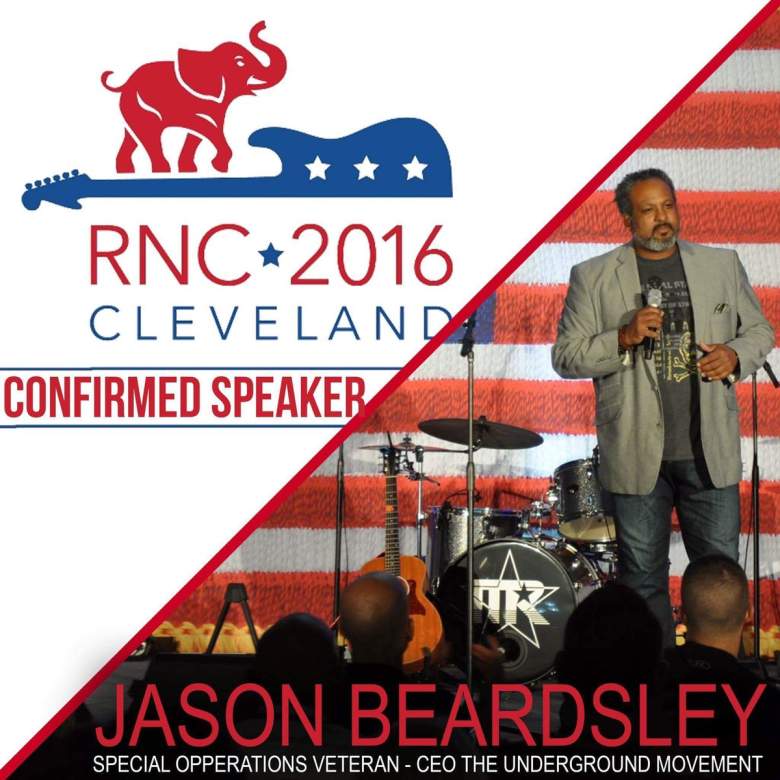 The Republican National Convention kicks off on July 18th, and the first day’s theme is “Make America Safe Again.”

Speaking will be several voices associated with law enforcement and with U.S. foreign policy, such as Jason Beardsley, a veteran who is currently an adviser for a group called Concerned Veterans for America. He is a Republican himself and has shown his support for the Donald Trump campaign.

Beardsley currently resides in Ohio with his wife and three kids. He frequently appears as a commentator on news networks, especially Fox News and Fox Business.

Here’s everything you need to know about Jason Beardsley.

1. He is a Military Veteran

Jason Beardsley has 22 years of experience in the United States Army and Navy. He joined the Navy in 1990, the Army Special Operations Forces in 1994 and the Joint Special Operations in 2005, according to Defend Freedom. He has been deployed to Iraq, Africa, the West Bank and Gaza Strip.

According to Defend Freedom, Beardsley is an expert in “military intelligence, diplomatic security, foreign internal defense, unconventional warfare, and counterterrorism.”

Due to his military experience, Beardsley frequently appears as a commentator on Fox News and CNN. He has been particularly critical of President Obama and what he describes as the policy of leading from behind.

Beardsley also said that the president’s language reduces the rate of reenlistment because veterans feel that “our national strategy is lost…if the president doesn’t back it, then why am I gonna back it?”

2. He’s an Adviser For Concerned Veterans for America

Beardsley serves as special operations adviser for Concerned Veterans for America. According to its website, this group’s goal is to “advocate for policies that will preserve the freedom and prosperity that we and our families so proudly fought and sacrificed to defend.”

The group has been a prominent voice among congressional Republicans, according to the Military Times, although the CVA insists its goal is bipartisan consensus. It frequently criticizes the Obama administration, and throughout the campaign trail, its town halls were frequent stops of Republican candidates like Marco Rubio, Ted Cruz, Rand Paul, Jeb Bush, and Carly Fiorina.

As a result, some have accused the group of being more partisan than it says.

“In the thick of this is Concerned Veterans for America, posing as a vet advocacy group and being rewarded for it,” Stars and Stripes wrote. “CVA press releases usually are partisan attacks….What should upset vets is the use of select facts about VA and its programs to reinforce fears rather than give reliable information.”

The group’s former president, Pete Hegseth, was a Fox News contributor who ran for Senate as a Republican in 2012, although he resigned from the CVA earlier this year.

The Washington Post identified Concerned Veterans for America as part of “a coalition of allied conservative groups active in the 2012 elections that together raised at least $407 million, backed by a donor network organized by the industrialists Charles and David Koch.”

3. He’s the CEO of The Underground Movement 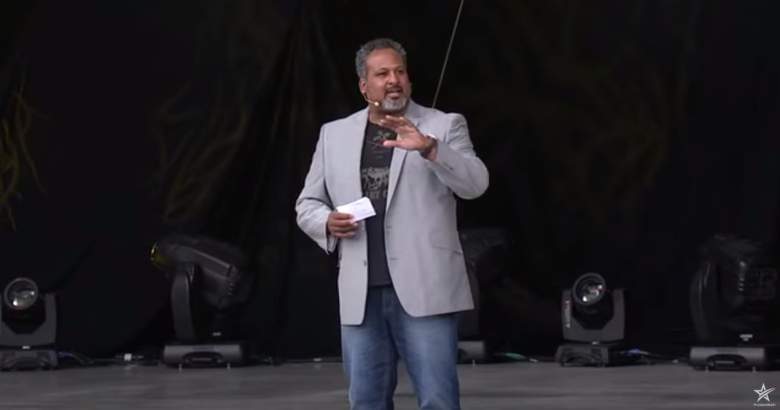 In addition to his work with Concerned Veterans for America, Beardsley is the CEO of The Underground Movement, an apparel company that sells patriotic t-shirts featuring icons of American history like George Washington, Lewis and Clark, and Paul Revere. The company’s website says that it hopes to remind customers to be humble and to fall back in love with America. Beardsley founded the company in 2013 along with Gregory K. Miller.

“Through a nod to our grand heroes who were sculpted by American values, TUM has created a brand that celebrates rugged individualism with unique graphic designs on custom T-shirts and other wearable pieces,” the website reads.

Beardsley says that he wanted to combine history with today’s fashion in order to make it appeal to young people.

“To me, The Underground Movement was a chance to present our passion for American principles in a way that was appealing in today’s culture,” he told Western Journalism. 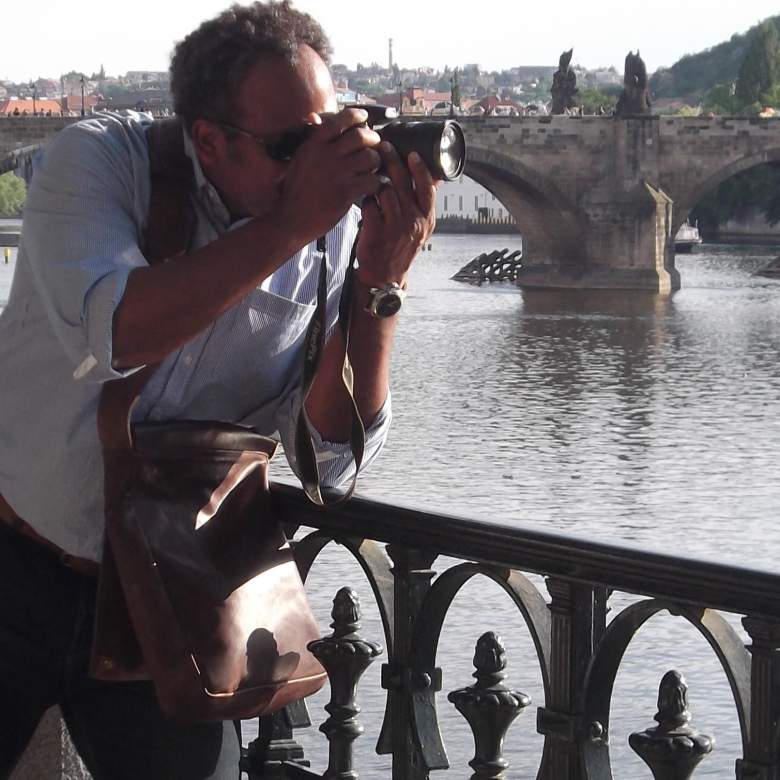 Jason Beardsley has been critical of President Obama for the way he has handled recent deaths of police officers, in particular the shooting in Dallas.

On his social media accounts in particular, Beardsley echoed the opinion of many in the Republican party that the president has been anti-police throughout the past few years. Beardsley was also critical of the president for saying that the motives of the Dallas killer were not clear even though he said he wanted to kill white police officers.

"[President] should say nothing, every time he opens his mouth he fans the flames of hatred" @SheriffClarke pic.twitter.com/yjlYFdMXVK

Damnit what pisses me off is that it shouldn't take this level of training for average citizens to get a clue! #Blue https://t.co/jMq2eoO64d

Right? Only motives he can't figure are ones that the murders self proclaim!!! https://t.co/QilLzzXdzb

Ok that's funny! @cnn the only motives that pres. can't figure out are when the murderers proclaim them! #DallasPD https://t.co/vYxkYJA8fK

He also appeared on Fox Business after the Dallas police shooting to say that the American people need to be more respectful of law enforcement.

“This looks like a very bloody, very violent, seated in hate incident, and we want justice for our police officers,” he said. “This is the land of the free and the home of the brave, and Americans have to respect our law enforcement officers. There are mechanisms in place for when they exceed their just rights to handle that. We need to handle these incidents inside the criminal justice system.”

5. He Says It’s Difficult to Be a Conservative in America 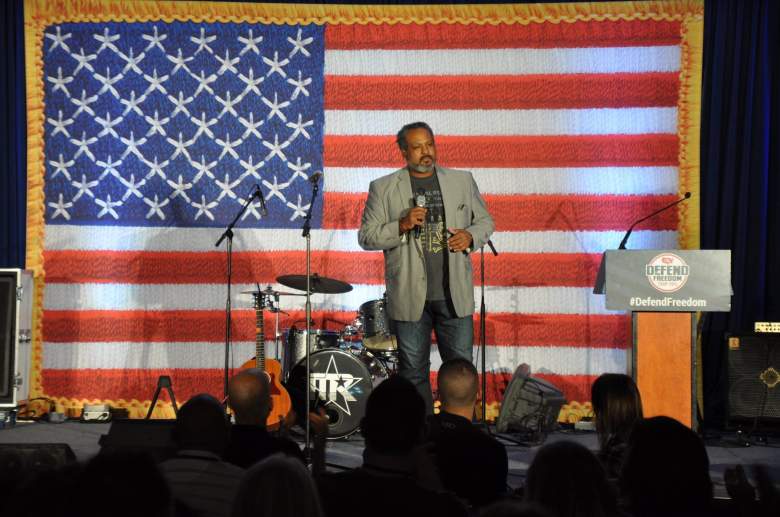 That's because being gay is accepted, being conservative is not! https://t.co/CrtQyL8MJc

He has shown his support for the Donald Trump campaign on Twitter, especially defending the candidate against his media coverage. Beardsley also supports Trump’s controversial immigration policy, retweeting this tweet about deporting illegal immigrants.

So apparently we cannot possibly deport a million people but we seem to have no problem importing a million and setting them up for life..?

Loading more stories
wpDiscuz
3
0
Would love your thoughts, please comment.x
()
x
| Reply
Jason Beardsley will speak during the first day of the RNC. Here is what you need to know about his military background, advocacy work, wife and kids.