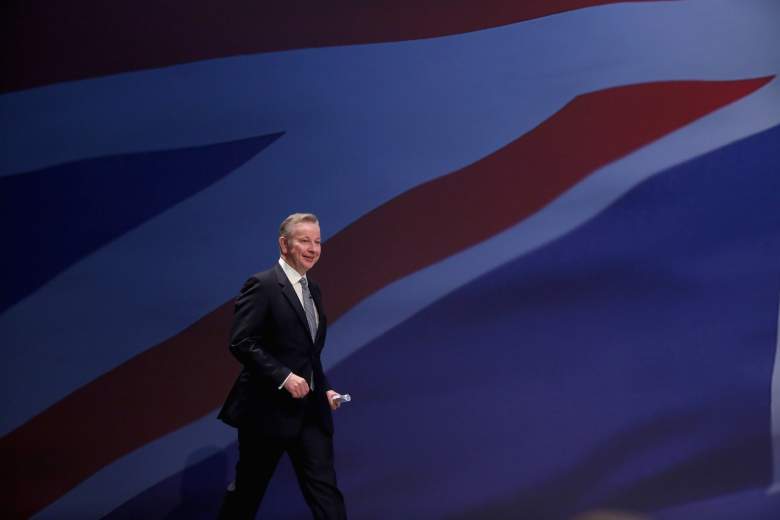 Conservative Member of Parliament Michael Gove, 48 years old, has entered the race for Prime Minister of Britain following David Cameron’s resignation in the wake of the Brexit outcome last week. Gove’s decision to run for office came as a shock, as Gove was expected to support fellow Leave campaigner Boris Johnson’s anticipated bid for the position. Gove’s perceived betrayal of Johnson, in addition to his split from friend David Cameron earlier in the campaign, has left some political experts wondering if Gove’s disloyalty will make him unappealing as a candidate.

Current prediction markets have Gove as third likely among five candidates to win the leadership contest, behind Theresa May and Andrea Leadsom. Voting by Conservative lawmakers begins July 5 and will determine which two candidates will continue.

Here’s what you need to know about Michael Gove.

1. He Was Adopted at Four Months Old & Grew up in Aberdeen, Scotland 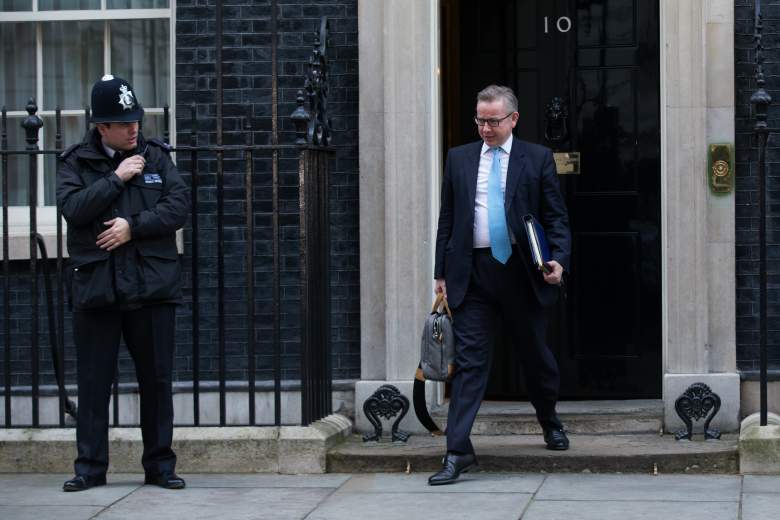 Michael Gove was born and raised in Scotland. (Getty)

Gove was born in 967 in Edinburgh, Scotland named ‘Graham,’ but his young single birth mother gvae him up at a very early age (although it is unclear exactly when). He was adopted at four months old and grew up in the Scottish northeastern port city of Aberdeen.

While Gove considers himself a ‘nosy’ person by nature, in 2010 he told the Daily Mail that he does not have an interest in learning about his birth mother. However, he believes that given the circumstances of his adoption she must know that he is her child, although she is not permitted to contact him.

2. He is a Former Journalist 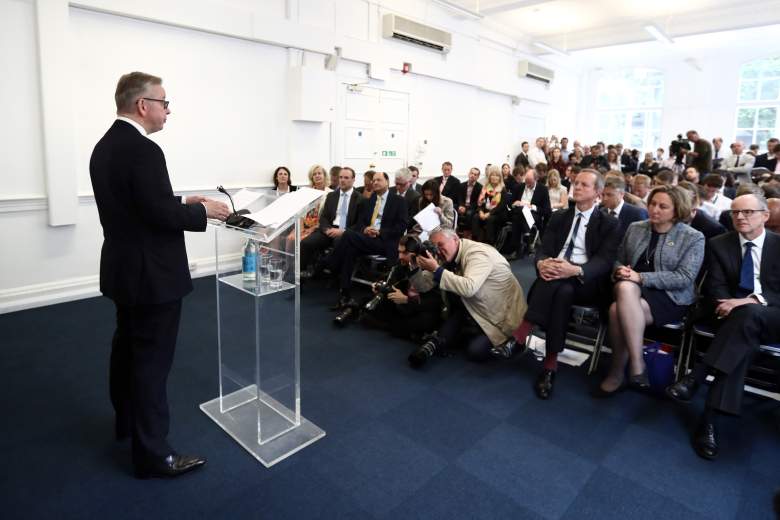 He worked as a journalist for many years before entering politics. (Getty)

Gove began his career in journalism while still living in Aberdeen when he joined the Press and Journal as a trainee reporter. In 1996 Gove joined the Times in London as a leader writer, where he continued to move up in the company. Gove held the following positions while at the Times: comment editor, news editor, Saturday editor, and assistant editor. He also considers owner Ruport Murdoch to be an advisor.

In addition to his tenure at the Times, Gove has written three books, a biography of British journalist and politician Michael Portillo, an examination of the rise of Islamism in Britain, and a historical examination of the peace process in Northern Ireland. He has also contributed to various television news programs, and written regular current affairs and political columns.

3. He Met Wife Sarah Vine While Working At The Times 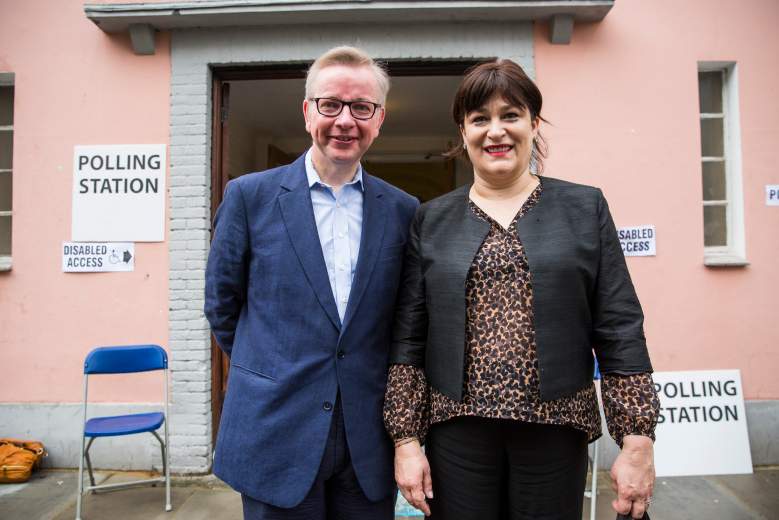 Michael Gove and wife, Sarah Vine, met while both working as journalists at The Times. (Getty)

Gove met his wife, Sarah Vine, 49, while the two were working together at the Times. They were married in 2001 and have two children together, daughter Beatrice, 13, and son William, 11. Vine and Gove are strong supporters of the public school system, sending daughter Beatrice to state school despite his salary alone of 70,000 British pounds per year as a Member of Parliament, two owned homes, and a net worth of more than one million British pounds. Vine has suggested that the weight of their father’s political career has taken a toll on the children, and she considered moving them to Italy to escape the bullying they receive from other children.

Vine is now a columnist at the Daily Mail, and his written about her husband and her personal support for Britain to leave the European Union. In the aftermath of the unexpected Brexit outcome, she recounted how Gove and her family have been impacted, and criticized the negative reactions that they have felt from supporters of the Remain campaign. 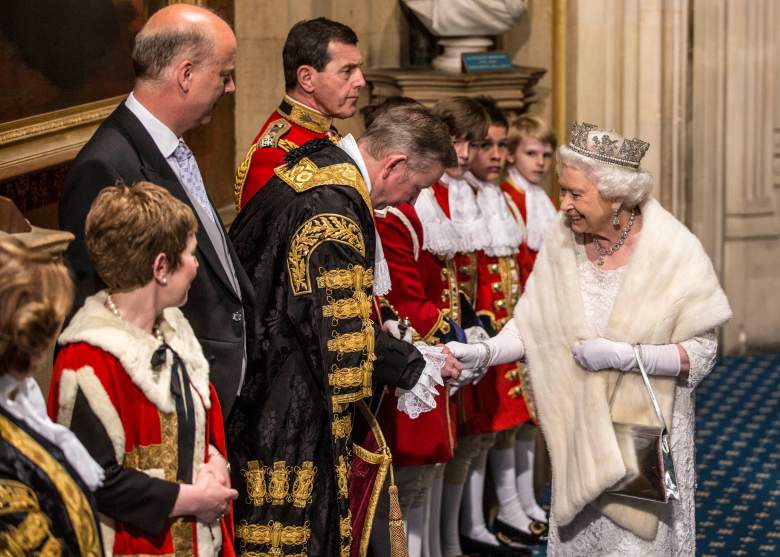 Lord Chancellor Michael Gove, greeted by Queen Elizabeth II at the State Opening of Parliament, has been involved in British politics since 2005. (Getty)

Gove began his career in politics when in May 2005 he was elected to the House of Commons Conservative seat for the Surrey Heath constituency. Between 2005 and 2010 when the United Kingdom had Labour party leadership, Gove served in the Shadow Cabinet as Shadow Minister for Housing & Planning, Shadow Secretary of State for Children, Schools & Families. Gove became as Secretary of State for Education after Conservative David Cameron was elected Prime Minister in 2010 and formed the Coalition Government of Conservative and Labour leaders.

However, while he served as Education Secretary Gove’s education policies were criticized by the Association of Teachers and Lecturers, National Union of Teachers, and NASUWT, and they passed votes of no confidence in response to his alleged “climate of bullying, fear and intimidation.”

Gove left his post as Education Secretary in 2014 when he was appointed Chief Whip. He then became Lord Chancellor and Secretary of State for Justice in May 2015.

5. He Claims He Never Wanted to Run For Prime Minister

In an address on July 1, Gove made an appeal for why he should be elected as Prime Minister. During his statement he insisted that he never wanted to run for office, but felt that it was “the right thing to do” because he did not have the confidence in other potential candidates to lead the country in the right direction in the aftermath of the Brexit vote. This comes in the wake of his so-called betrayal of Boris Johnson, as Johnson was expected to run for Prime Minister and many had expected that Gove would support his bid for office.