On November 15, 2001, IBM supervisor Diane Holik was found strangled in her bedroom. She had been tied up and killed, and ligature marks were present on her body, according to Inquisitr. Tonight, Dateline will be investigating the murder of Holik, which was committed by a man named Patrick Russo.

Here’s what you need to know about Russo.

1. He Pretended to Be a Potential Home Buyer

Holik, who worked from home in Austin, was planning on selling her home and moving in with her fiance in Houston.

Russo, a part-time music minister, pretended he was interested in purchasing Holik’s home, and claimed that he could buy the $450,000 house in cash, even though his bank account was later found to only have had $1,796 in it at the time.

Police tracked Russo down after they caught wind of a man who claimed to be a potential buyer for multiple homes in the Austin area. Police also found that said man had identified himself differently to each homeowner. Fortunately, one of those homeowners was perturbed after her encounter with him, and wrote down his license plate number after realizing that he looked like the man in the police’s composite drawing.

Police were able to match Russo’s DNA with that found on a green towel in Holik’s home. A state jury subsequently found him guilty of capital murder, and he was given a life sentence.

According to C Net, Russo appealed, citing two relevant issues– one, that police overstepped the boundaries of the search warrant when they took his computer, and two, that his subscription to Necrobabes should not have been used as evidence to convict him.

Click here to read about the details of Russo’s search warrant.

3. He Was a Worship Leader and Music Director at a Texas Church

Before his arrest, Russo worked as a worship leader and music director at New Life In Christ Church in Bastrop, Texas.

One resident, Melody Blount, was convinced that Russo was the killer once she heard about Holik’s murder. Blount told the Lubbock Avalanche-Journal, “I was one of the first people to report him to the police and I wasn’t taken seriously then. When Holik was killed, I called police and said ‘It’s him.”‘ 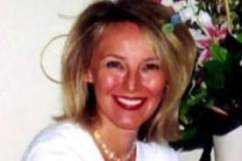 Russo is currently serving a life-sentence for the murder of Diane Holik. He has appealed his case, but the Texas Court of Appeals rejected his argument and kept his sentence intact. 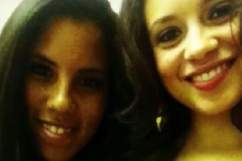 5. He Implicated Himself to a Pastor

After raiding his home on November 21, 2001, police brought Russo in for questioning. They then released him.

Later, he told his friend, Pastor Jim Fox, that he thought he was going to be arrested for murder and jewelry theft– the police had never told him that any of Holik’s jewelry was taken, though.