Trisha Meyer, originally from California, was arrested in Houston, Texas, after she allegedly allowed several dangerous and exotic animals to roam free in a home that she shared with her teen daughter. Though she carried a permit to own tigers found at the home, other animals were allegedly kept illegally.

Meyer also attracted infamous attention on social media, where several people have said they were scammed by the woman in the past.

1. She Was Arrested After Allegedly Scamming a Man Out of $3,000

Houston Police Department investigators were sent to Meyer’s home after she tried selling a kitten to a man in California for $3,000. Though the man paid her, he never received a kitten in exchange, Click 2 Houston reported.

Upon arrival, officers found many exotic animals roaming freely in the woman’s home including four tigers, a cougar, a skunk and a fox. Meyer had permits for the tigers, but not the other animals, police said.

Some of the animals were found in Meyer’s kitchen, living room and a bedroom, and her daughter was apparently petting some of the potentially deadly animals.

The tigers were found in the backyard, behind a 4-foot tall fence, feeding on raw chicken as a 17-year-old was supervising, according to police.

2. She Admitted Some of the Animals Were Vicious, and Had Previously Attacked People

Authorities said Meyer admitted that the tigers were large enough to pose a threat, according to ABC News.

Meyer also admitted to police that the monkeys she owned could be vicious, and that they had previously attacked someone.

She told authorities that she only locked up the tigers when she would go out.

A landlord by the name of Andrew said on an online complaint forum that Meyer trashed a home belonging to him, and “needs to be put away for the rest of her life.” He wrote:

Trisha Meyer is a 3rd Striker who needs to be put away for the rest of her life. She trashed my house in excess of $200,000 in damages and another $133, 000 in theft. She had 104 dogs living inside my house, that is not a misprint…104. There was dog poop everywhere. I evicted her and when she left she robbed my house and two storage units, then she set the house on fire as she was leaving. I was fortunate to drive up just in time to save my house from total destruction.

You are welcome to call Me if you would like further information on this horrible excuse for human trash.

Meyer was reportedly connected with scams in several states, including Texas, California and Colorado.

A woman in Texas also took to complaintsboard.com to try and help spread the word about Meyer. “She is still at it but with exotics now,” she wrote in April of 2016. “Lying bout the age of them n they are tame when they aren’t. Then the fact she is in trouble, or thinks she will be, so shes tryn to get money immediately to move to Nevada. Be aware she will screw u over n then trash talk you.”

Another person warned that Meyer was also scamming people in another part of the country. “She is now in Colorado,” Melody Stowers said. “Just purchased a dog Saturday and its not what was advertised and she is fighting for her life. The lady used the name of Trissa Meyer.”

Several months before her arrest, the public was warned about Meyer via Craigslist. Delilah Sam Hymas posted a now-broken link and exclaimed that she wasn’t sure how Meyer was allowed to own tigers in the first place:

“Trisha Meyer is a known scammer,” Sarah Tirone replied to the post. 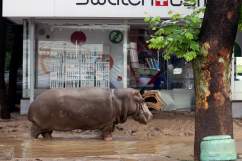 4. She Is Charged With Child Endangerment

‘The lady is a crook and a bad mother’, Trisha Meyer, charged with endangering child – Kept… https://t.co/imyvkOwgnA pic.twitter.com/EhoDxJZxEa

Authorities arrested Meyer on Monday and charged her with child endangerment because the animals were allegedly kept sans enclosures at the home she shared with her 14-year-old daughter.

She is being held on $2,000 bail at the Nye County Jail located in Nevada, and is expected to be extradited back to Texas.

It is not known if Meyer will also face charges in connection with the alleged fraud, or the animals she owned that lacked permits or licensing. 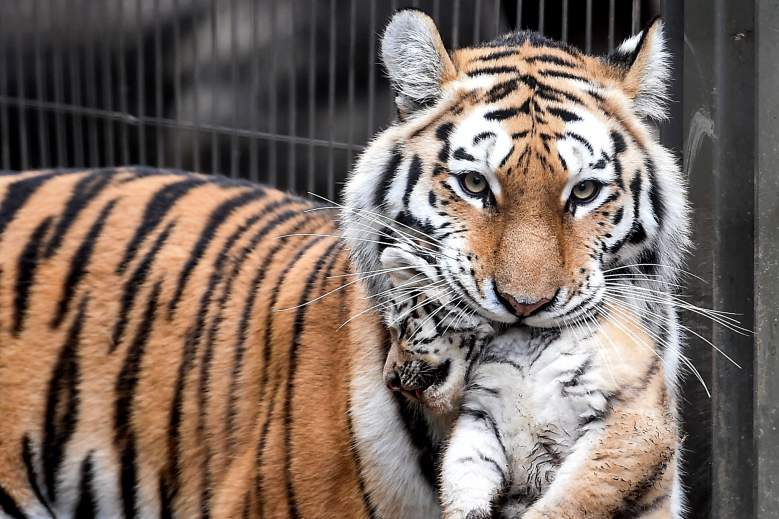 According to Governing.com, Alabama, Nevada, North Carolina, Ohio, South Carolina, West Virginia and Wisconsin have no laws regarding exotic animal ownership. While other states outright ban ownership, others require permits.

You can check to see the laws on owning specific exotic animals by state on a list created by the Wall Street Journal here.

Loading more stories
wpDiscuz
5
0
Would love your thoughts, please comment.x
()
x
| Reply
Trisha Meyer is charged with child endangerment after allowing exotic and dangerous animals, including tigers, to roam freely in a home she shared with her teen daughter. Read more on the woman and story here.