Tonight, ABC News’ 20/20 will interview Noura Jackson, who was convicted of her mother, Jennifer Jackson’s, 2005 murder. Noura spent nearly eleven years behind bars for her mother’s death. Then, in 2015, the Tennessee Supreme Court overturned the second-degree murder conviction and she was released from prison.

Read on to learn more about Jennifer Jackson.

1. She Was Stabbed to Death

Around 4:20 am in the early morning hours of Sunday, June 5, 2005, Noura Jackson returned home from a night out to find her mother, Jennifer Jackson, sprawled naked on the floor and covered in blood. She ran across the street to a neighbor’s house, and called 911 to report the incident. Shelby County sheriffs arrived at the scene, where they found Jennifer stabbed to death 50 times. They were unable to save her. Jennifer’s daughter, Noura, was arrested on September 29.

Jennifer, who worked as a bond trader, was described by friends, in a 48 Hours special, as a kind, loving person. “Jennifer was one of the warmest, most engaging, beautiful inside and out people I’ve ever known,” said Susan Toby, one of her closest friends.

2. She Was a Single Mother and 39 at the Time of Her Death

11 years after being sent to prison for her mom's murder, Noura Jackson is now free. Her post-prison interview – #ABC2020 TONIGHT at 10/9c pic.twitter.com/OULtMDmPKp

Jennifer was 39 at the time of her death. She divorced Noura’s father, Nazmi Hassanieh, shortly after Noura’s birth. Nazmi was shot to death on January 26, 2004, just 15 months before Jennifer’s death. He was killed at the gas station/convenience store he owned, and to this day, the identity of his killer is unknown.

Jennifer was dating Mark Irvin, a Methodist minister, around the time of her murder. One of her good friends, Ansley Larsson, told CBS News that Irvin was the first person who came to mind when she heard of Jennifer’s death. “The truth is, the first thing I thought of was him… There seems to be a seething, like a real underlying anger with him that he appears to be a very controlling person.”

Jackson police, however, interviewed Irvin and were not able to find any evidence that led them to believe he was involved in Jennifer’s murder.

3. Her Daughter Took an Alford Plea on Voluntary Manslaughter Charges

An Alford plea can best be described as a situation in which a defendant maintains their innocence but pleads guilty.

According to Commercial Appeal, upon hearing about the option to take an Alford plea, Noura said, “But my mom! No one will ever figure out who killed my mom.” According to the outlet, Jennifer’s relatives did not comment on Noura taking the deal.

Noura was released 15 months after signing the Alford Plea. She has since lived a family friend, Ansley Larsson.

4. Jennifer’s Sister Was a Witness for the Prosecution

TONIGHT: The case of Noura Jackson, who's readjusting to life after 11 years in prison for killing her mom. https://t.co/3QKz4ZouDm pic.twitter.com/RDkZrolqgk

In trial, many close friends, and even family of Noura, testified for the prosecution. Cindy Eidson, Jennifer’s sister, claimed that she often spoke to Jennifer about the issues she was having with Noura– just one week before the murder, Cindy testified that Jennifer and Noura had an argument about Noura’s drug use.

Eric Sherwood, Noura’s uncle, also took the stand, saying that Noura seemed “unusually interested” in what she could inherit if her mother died. In court, Sherwood said, “Jennifer got on the subject about having Noura well taken care of if something happened to her that Noura was on the life insurance policy.”

Noura, however, claimed that wasn’t true. She told 48 Hours correspondent Richard Schlesinger that her uncle was lying.

According to News Channel 3 Memphis, Noura Jackson fought for her mother’s $1.5 million estate after being released from prison. Jennifer’s siblings, however, argued that Noura’s “Slayer Statute” disqualified her from inheriting the money.

Noura and Jennifer’s relatives came to a confidential compromise in November in the case of the $1.5 million estate, according Commercial Appeal. 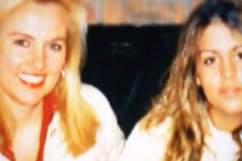 Read More
ABC News, Crime
Jennifer Jackson was found murdered in her bedroom in the early morning hours of June 5, 2005. Tonight, her daughter will be interviewed on ABC News' 20/20.