A judge has ordered the exhumation of Salvador Dali's body for a biological test to determine the paternity of Maria Pilar Abel Martinez, 61, who claims to be his daughter. The order came from a Madrid judge who said the measures were "necessary" because "there are no biological remains or personal objects" of Dali, writes EFE.

Abel first made her patrilineal claim in 2015 stating that her mother, Antonia Martinez de Haro, met Dali in the 1950s "when her mother was working for a family that would often spend summers in Cadaques, close to where Dali had a home," reports The Guardian.

de Haro and Dali's friendship allegedly developed into more and Abel was born in 1956. Soon after, de Haro married another man. Dali was married to Gala Dali until her death in 1982.

Abel is a tarot card reader who, according to the lawsuit, would stand to receive hundreds of millions in euros from Dali's paintings, which were given to the Spanish state upon his death in 1989, reports The New York Times.

Many famous characters from history have been exhumed in various lawsuits of either false identity or parentage. According to History.com, some of the most famous of these cadavers include outlaw Jesse James and John F. Kennedy assassin, Lee Harvey Oswald. 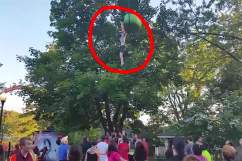 Loading more stories
wpDiscuz
0
0
Would love your thoughts, please comment.x
()
x
| Reply
A judge has ordered the exhumation of Salvador Dali's body for a biological test to determine the paternity of Maria Pilar Abel Martinez, who claims to be his daughter.