White House Chief Strategist Steve Bannon is leaving President Donald Trump’s administration. The former media executive and film producer has been a lightning rod for controversy since he oversaw the far-right news site Brietbart before he joined the Trump campaign and the administration. In the wake of the violence in Charlottesville, Virginia, #FireBannon started trending. Bannon’s ousting was first reported by the Drudge Report. By the end of August 18, he was in the Brietbart office and back to running the website.

The New York Times also reported that Trump decided to push Bannon out and was trying to figure out how to do it. A source close to Bannon told the Times that he submitted his resignation on August 7 and an announcement was delayed because of Charlottesville. The Times reports that the resignation would have been effective on August 14, almost a year to the date Bannon joined Trump’s team.

ABC News also confirmed that Bannon is out. Vanity Fair’s Gabriel Sherman also spoke with sources who say Bannon will return to Brietbart.

Bannon served in the U.S. Navy from 1976 to 1983, after which he went into investment banking. He worked for Goldman Sachs until 1990, when he launched his own investment bank that focused on media. Throughout the 1990s, he produced films and started making his own documentaries in the 2000s. His films gained popularity in the Tea Party movement, and he became a founding member of Brietbart News. When Andrew Brietbart died in 2012, Bannon took over as executive chair of its parent company.

On August 17, 2016, less than four months before the election, Bannon joined Trump’s campaign as chief executive and he left Brietbart. He had been working with Trump since then, making influential decisions in the administration. It’s been reported that he had a major role in Trump’s decision to pull the U.S. out of the Paris Climate Accords.

Bannon’s reaction to Trump’s Charlottesville comments were positive. He told the New York Times that Trump will win this fight.

“President Trump, by asking, ‘Where does this all end’ — Washington, Jefferson, Lincoln — connects with the American people about their history, culture and traditions,” Bannon told the Times. “The race-identity politics of the left wants to say it’s all racist. Just give me more. Tear down more statues. Say the revolution is coming. I can’t get enough of it.”

But Bannon surprisingly criticized the alt-right movement in a American Prospect interview.

“Ethno-nationalism—it’s losers. It’s a fringe element. I think the media plays it up too much, and we gotta help crush it, you know, uh, help crush it more,” Bannon told the Prospect. “These guys are a collection of clowns.”

Here’s what you need to know about Bannon’s firing and his work in the White House.

1. The #FireBannon Movement Started on Twitter After the Charlottesville Violence

On August 12, Heather Heyer and two Virginia police officers were killed during the violence in Charlottesville, where alt-right and white supremacist protesters organized a “Unite the Right” rally. Heyer was killed when a car plowed into a crowd of counter-protesters. A suspect has been charged with second-degree murder in her death.

Due to Bannon’s own links to white supremacist groups and his beliefs, a #FireBannon movement started on Twitter. Democratic politicians, including House Minority Leader Nancy Pelosi, joined in, suggesting that if Trump wants people to take his condemnation of white supremacists seriously, Bannon should be fired.

However, in his American Prospect interview, Bannon was surprisingly dismissive of the alt-right, calling them a “collection of clowns.” But then he said the Charlottesville incident succeeded in keeping Democrats talking about race.

“The Democrats, the longer they talk about identity politics, I got ’em. I want them to talk about racism every day,” Bannon told the Prospect.” If the left is focused on race and identity, and we go with economic nationalism, we can crush the Democrats.”

In another post-Charlottesville interview, Bannon told the New York Times that he could “get enough” of hearing the left talk about tearing down Confederate statues. 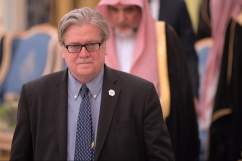 2. Bannon Will Reportedly Return to Brietbart to Wage ‘War’ Against Those He Thinks Are Ruining the Trump Administration

In the minutes since Bannon’s departure was made official, it became clear what Bannon’s next moves are. Joel B. Pollak of Briebart tweeted the above message, which just reads “#WAR.” Vanity Fair’s Gabriel Sherman tweeted that a friend of Bannon’s told him Brietbart is planning a “war against Trump,” adding, “It’s now a Democrat White House.

Joy-Ann Reid of MSNBC tweeted that Bannon is “going ugly.”

Hearing from a source that Bannon is going ugly. Stay tuned…

Then, Axios reported that Bannon felt “liberated” when it became obvious that Trump would fire him. He’s been talking with billionaire Bob Mercer to start a well-funded opposition to Trump.

Axios reports that Brietbart Washington Editor Matt Boyle will be a “central figure” in the war against National Security Advisor H.R. McMaster and other White House officials, including Ivanka Trump and Jared Kushner.

After leaving the White House, Bannon spoke with the Weekly Standard.

Bannon confirmed that he will lead Brietbart again. The site declared Bannon a “Populist Hero.”

3. Bannon Was Reportedly a Major Influence on Trump’s Decision to Pull the U.S. Out of the Paris Climate Accord

In June, Trump disappointed many by pulling the U.S. out of the UN’s Paris Climate Accord. The U.S. is now one of only three countries in the world not part of the agreement, joining Nicaragua and Syria.

Politico reported in May that Pruitt and Bannon worked together to have Trump hear from conservative leaders and Republicans about why the U.S. needed to leave the deal. Bannon also told Trump that he’d be breaking a campaign promise if he kept the U.S. in the deal. 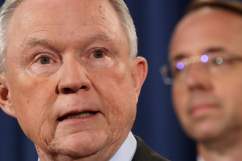 Bannon has had a difficult relationship with National Security Adviser H.R. McMaster, who came in after Michael Flynn was fired. In April, Bannon lost his seat on the National Security Council, NBC News reported. Director of National Intelligence Dan Coats; Chairman of the Joint Chiefs of Staff, Marine Corps Gen. Joseph Dunford; and Perry were added to the council.

Bannon had a full seat on the council, which was a controversial decision since political advisers don’t usually get a seat on the NSC. Coats and Dunford had their roles downgraded. An official told NBC News that Bannon only went to one NSC meeting.

In early August, an alt-right campaign against McMaster started. Bannon was accused of being behind it. The conservative critics’ voices grew so loud that Trump was asked if he still had confidence in McMaster.

The anti-McMaster campaign has also hurt Bannon’s standing in the White House, even if he has nothing to do with it. Sources told Axios that Bannon is telling associates that he is not behind the campaign, even though his agenda clashes with McMaster’s.

Notably during the August 13 episode of Meet The Press, McMaster refused to even say Bannon’s name when asked if he could work with him.

CNN reported that Bannon’s standing with the new White House Chief of Staff, Ret. Gen. John F. Kelly, has been hurt by the anti-McMaster campaign. A source told CNN that Bannon’s agenda “does not mesh with the power structure Kelly is putting in place.”

5. Bannon Correctly Predicted He’d Only Be in the White House for Eight Months

Bannon correctly predicted that he would only last eight months in the White House. Sources close to Bannon told the New York Times on August 14 that he was telling his own circle of people that he didn’t think he would hold his position for longer than eight to 12 months.

Trump came close to firing Bannon in April, but instead only diminished his role in the White House. In an April 11 interview with the New York Post, Trump wouldn’t say if he had confidence in Bannon or not. In fact, he dismissed the idea that Bannon’s played a major role in the campaign.

“I like Steve, but you have to remember he was not involved in my campaign until very late,” Trump told the Post. “I had already beaten all the senators and all the governors, and I didn’t know Steve. I’m my own strategist and it wasn’t like I was going to change strategies because I was facing crooked Hillary. Steve is a good guy, but I told them to straighten it out or I will.”

On April 10, CNN reported that Trump told Bannon and Kushner that the two had to fix their rift. “We gotta work this out… Cut it out,” he reportedly told the two at Mar-A-Lago.

“The President is taking the reins on this and wants people to know he’s in charge,” one source told CNN on April 12.

“I know Steve. Steve is a very bright guy,” New Jersey Governor Chris Christie told CNN in April. “I got to work with him during the campaign. I think he was a big help to the President during the campaign and everything I saw he was involved in, but staff are there to serve the principle.”

When rumors of Bannon’s firing started in April, Politico wondered if Bannon would seek revenge against Trump. The site noted that he has a history of getting back at people who he felt wronged him.

“It’s not like it’s definitely going to be Apocalypse Now, but it could be, and that’s the point,” a Bannon ally told Politico in April. “Do you really want to gamble with this in your first 100 days?”