On October 7, the Pentagon identified U.S. Army Sgt. La David Johnson of Miami Gardens as one of four soldiers killed in an ambush in Niger on October 4.

The 25-year-old was working with an elite US Army Special Forces unit of twelve members when he was ambushed by Islamic militants. Johnson’s body returned to his home of Florida on Tuesday, where it was greeted by his heartbroken wife, Myeshia Johnson, and other family members.

1. Congresswoman Frederica Wilson Claims President Trump Told Myeshia That Her Husband ‘Knew What He Signed up For’

On Tuesday, Florida Rep. Frederica Wilson told news outlets that President Trump called Myeisha Johnson and told her, “[La David] knew what he signed up for …but when it happens it hurts anyway.  “Yes, he said it,” Wilson is quoted as saying. “It’s so insensitive. He should have not have said that. He shouldn’t have said it.”

Early Wednesday morning, President Trump took to Twitter to deny the claims and accuse Wilson of fabricating his words. “Democrat Congresswoman totally fabricated what I said to the wife of a soldier who died in action (and I have proof). Sad!” he tweeted. In a news conference with reporters during a meeting on tax reform Wednesday, CNN reports Trump as saying, “I didn’t say what that congresswoman said. Didn’t say it at all. She knows it. And she now is not saying it. I did not say what she said.”

On Wednesday afternoon, La David Johnson’s mother, Cowanda Jones-Johnson, told The Washington Post that she was present during the call from the White House on Tuesday to Johnson’s widow, Myeshia Johnson. Cowanda Jones-Johnson corroborated Rep. Wilson’s statements, saying that Trump told Myeisha that La David “must have known what he signed up for.”

The latest news comes from White House press secretary Sarah Sanders, who says that Wilson’s comments are “appalling and disgusting”. She added that there is no recording of Trump’s call with Myeisha, but chief of staff John Kelly was on the call and that multiple people in the room believe Trump’s behavior on the phone was “completely respectful,” according to CNN.

2. Her Most Recent Facebook Post Urges Friends and Family to Refrain from Posting Her Husband’s Face on R.I.P. Shirts

Myeshia has received an outpouring of love from friends, family, and strangers on social media.

Most recently, she wrote a Facebook post that reads, “Months before my husband passed away, one of his wishes were to NEVER put his face on a R.IP. Shirt. If you are dear true friends and family of my husband you will respect his wish and refrain from coming to his viewing or funeral with his face on a shirt. #share.”

In response to the post, one person wrote, “Dear Lady, my heart breaks for you and what you have been through. Thank you for loving your dear soldier husband as you did. May God Bless you as you continue on as the Mother of these precious children of his.” Another commented, “You and your family have our deepest condolences. Your husband will not be forgotten and we are all deeply indebted to him and you as well. Rest in Peace, La David.”

A number of Myeshia’s Facebook photos feature her husband.

3. She and Johnson Met When They Were 6 Years Old

According to CBS Local Miami, Myeshia and La David met in Miami when they were just six.

Myeshia’s Facebook page states that she works as a cashier at Walmart. The outlet also reports that Myeshia was supportive of her husband’s dreams to join the military. Speaking to CBS, she says:

I told him before he leave that I love him and ‘make sure you come back to me’, and he told me he would. And for them to knock on my door is just– my whole life just changed in an instant because my husband was my soulmate.

Myeshia later adds on, “For him not to be with us anymore is just heartbreaking and devastating because I don’t, you know, I don’t know what I’m gonna do without him. He was just everything to us.”

4. She Is Expecting Her Third Child in January

Myeshia is a mother to two children with Johnson: a 2-year-old son and 6-year-old daughter. She is expecting her third child with Sgt. La David Johnson in January.

Myeshia tells CBS that her goal is to keep her husband’s memory alive for her son and daughter, along with her unborn daughter. “We have a lot of memories and videos and pictures and great times with him that we will cherish forever,” she tells the outlet.

5. A Scholarship Fund Has Been Established for Their Children

Johnson was a member of the ‘5000 Role Models of Excellence Project‘, which was founded in 1993 by Congresswoman Frederica S. Wilson. The project’s mission to “is to intervene in the lives of at-risk boys, in order to provide them with alternatives that will lead them away from a life of crime and violence.”

The ‘5,000 Role Models of Excellence’ program has therefore decided to establish a scholarship fund to ensure Johnson’s three children will have enough money for a college education. As of Tuesday evening, $23,000 had been raised.

To visit the GoFundMe page and donate, click here. 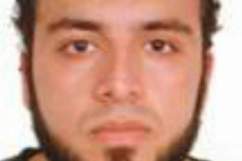 Loading more stories
wpDiscuz
0
0
Would love your thoughts, please comment.x
()
x
| Reply
Myeshia Johnson is the widow of Sgt. La David Johnson, one of four service members killed during an ambush in Niger on October 4.