A tuba player in the Marshall County High School band is accused of shooting 14 people in Kentucky on January 23. Gabe Parker, 15, has been confirmed as the suspect in the Marshall County High School shooting in the town of Benton, about 200 miles southwest of Louisville, close to the Tennessee border. Authorities say that two teenagers, Bailey Holt, 15, and a Preston Cope, 15, were both killed during the attack. In total, 14 people were wounded during the attack.

The gunfire erupted at 7:57 a.m. local time with local cops responding to the scene nine minutes later. Authorities believe that Parker was armed with a handgun, acted alone and the victims were selected at random. All of those victims are thought to be students. Some of the victims were airlifted from the scene to Vanderbilt University Medical Center while others were treated at the Lourdes Emergency Department. Authorities have said that five of those people are in critical condition.

1. Parker Is an Active Member of the High School Band

Multiple posts on Parker’s Instagram and Facebook pages indicate that he played the tuba in the Marshall County High School band. Parker’s latest Instagram post shows a picture of his tuba with the caption, “This is my tuba. There are many like it, but this one is mine. My tuba is the best friend. It is my life. I must master it was I master my life. My tuba, without me, is useless. Without my tuba, I am useless.” The post is a rendering of the Rifleman’s Creed.

On October 24, 2017, Parker was pictured by the Marshall County Daily newspaper performing with the band at the Fine Arts Focus concert at Marshall County High School. In his Instagram profile, Parker writes, “I trust no one not even myself,” a quote often attributed to Joseph Stalin. Parker also declares himself to be a “proud member” of the United Church of Bacon.

2. Parker’s Reporter Mother Was Rushing to the Scene of the Shooting When She Learned Her Son Was the Suspect

Parker is the son of Mary Garrison Minyard, the editor of Marshall County Online, reports the Louisville Courier Journal. Minyard was heading to the school to cover the attack when she learned that her son was the primary suspect.

A family neighbor referred to Parker as a “grandma’s boy” in an interview with the Courier Journal. Allyn Hornick said, “His grandma was his best friend.” While a classmate told the newspaper that Parker had seemed “snappy” since returning from Christmas break. Though that friend said Parker was “a really good kid.”

The same Courier Journal report says that Parker’s parents, Austin Parker divorced in 2007 when the suspect was 5. In November 2016, Austin Parker separated from Parker’s stepmother, Jennifer Lynn Parker. Austin Parker would plead guilty to slapping his second wife during an argument for which he received 90 days in jail, conditioned for two years. In a separation petition, Jennifer Parker referred to Austin Parker as “controlling and a bully” with a “short fuse.”

3. One of the Victims Says She Doesn’t Hate Parker

This is from a girl who was shot today at Marshall County High School. @WPSDLocal6 @PaducahSunNews
Yes what happened is BAD. But we can’t forget, that boy was hurting on the inside too. pic.twitter.com/QNcsaqgygh

Posting on Snapchat, one of the victims in the shooting, Hannah Danae, wrote that she had a bullet in her chest and was about to go into surgery, Danae added that she was “praying for everyone affected.” Danae added, “The boy who did this was hurting too. And we can’t hate him. I love you all. Praying for you.”

One of the wounded victims is 17-year-old special needs student Daniel Austin, reports the Louisville Courier Journal. His brother, Shane Story, told the Courier Journal, “I was watching TV this morning and I got a phone call from my stepmom saying there had been a school shooting and it freaked me out. I sensed something was wrong with my brother.” Austin was shot in the shoulder with the Courier Journal reporting that doctors are optimistic that they can save his arm.

This picture perfectly describes the mood at tonight’s vigil. pic.twitter.com/qv0eJl2iDD

A vigil will be held for the victims of the shooting at 6 p.m. at the Briensburg Baptist Church in Benton, Kentucky. 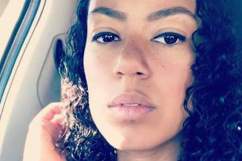 4. Parker Will Be Charged With Murder & Attempted Murder

Authorities have refused to rule out bullying as a possible motive for the shooting. In the immediate aftermath of the shooting, a woman identifying herself as Parker’s stepsister, Kimberly Mason, wrote a lengthy post that discussed Parker being bullied at Marshall County High School. Mason said that Paker “loved chemistry” and that their parents had gotten divorced in 2017. Here is the post in full:

I wasn’t going to post anything, but it’s too hard not to after reading everything being posted on social media about this shooting. Gabriel Parker is my stepbrother. He is my family. I don’t care that his dad and my mother got divorced last year and I haven’t been able to see him much since then. He is my family. He isn’t a monster. He doesn’t deserve to die like I’ve seen so many people say.

He is a kid who is hurting. If you knew even half of the things he was put through with his father, then you wouldn’t be saying those things. But the fact is, you don’t know Gabe. You don’t remember him as a young boy who was always laughing and who was so smart and loved chemistry.

But I do. I don’t know if he did this in retaliation to being bullied, but I’m sure if he was bullied that no one in that school did a damn thing about it. I know that no one who had the power to stand up to his father did except me and my mom. STOP BRUSHING ABUSE UNDER THE RUG. And please.

If you know someone who is being abused or bullied, stand up for them! I am begging you! My heart goes out to those families who were impacted by this shooting. I cannot imagine what you are feeling. But like me, you are hurting. This isn’t easy on anyone. But, posting hateful comments on his pictures is the kind of behavior that promotes more school shootings.

This is sad and heartbreaking, but adults, act like adults! Stop being bullies yourselves! I hope going forward more people will stop and think about their behavior. I hope before you say that mean, unnecessary comment that you put yourselves in their shoes. I hope before you go to push someone or knock their books out of their hands that you put yourselves in their shoes.

And to those who want to take their lives or the lives of others out of feeling trapped and lost, please know you aren’t alone. You are not alone. Pain can be worked through. I know as young adults situations seem impossible and out of your hands…but the time will pass quicker than you think. You can make it through.

The Kentucky State Police said in a statement that the suspect was arrested by a Marshall County deputy. Governor Matt Bevin said that the suspect will be charged with two counts of murder and multiple counts of attempted murder. The Courier Journal reports that authorities believe Parker opened fire in the common area of the high school. It had earlier been confirmed that Parker would be charged as a juvenile with two counts of murder and 12 counts of assault. Though Assistant County Attorney Jason Darnhall told the Courier Journal that prosecutors will move to try him as an adult.

Speaking to NBC News, Shea Thompson, who had siblings in the school at the time of the shooting, said, “They were busting down the gates and fences just to get out.” Thompson said her sister, Kristin, 16, was in the cafeteria when the shooting occurred and saw a bullet hit her friend’s backpack.

A junior at the school, Greg Rodgers, described seeing students running from the school as he drove on to the campus, “I pulled off to the side of the road because everyone was running to the main road. I asked my friend what was going on and he told me that there was a school shooting. I was shocked. He said that someone had just shot up the school.”

Marshall County Attorney Jeffery Edwards told the Courier Journal about the scene after the school was cleared out, “To walk in, the backpacks laying around. The phones laying around, going off … it’s indescribable. I’ve been doing this for 25 years. It’s not like anything I’ve experienced in my life.”

5. This Is the Second High School Shooting in 24 Hours in the United States

This is the second school shooting in the U.S. in 24 hours after a 16-year-old boy shot a 15-year-old girl in Italy, Texas. Authorities have not named the victim or the suspect in that shooting, reports NBC Dallas-Fort Worth. The station reports that the victim is doing well in a local hospital despite being shot more than once. A student, Cassie Shook, 17, told the Associated Press that the shooting was avoidable as the girl had complained about the suspect to the vice principal on two separate occasions, but nothing was done.

Marshall County High School is 35 miles from Heath High School in Paducah, Kentucky. In December 1997, Michael Carneal, 14, opened fire on his fellow students, killing three and wounding five others. It has been speculated that bullying was a possible motive for the shooting added to Carneal suffering from anxiety.

Loading more stories
wpDiscuz
0
0
Would love your thoughts, please comment.x
()
x
| Reply
A tuba player in the high school band is accused of shooting 14 people in Kentucky on January 23.