Illinois Governor Bruce Rauner, who is running for reelection in 2018, is a multi-millionaire worth around $500 million. He and his main Democratic rival, billionaire J.B. Pritzker, are self-funding their campaigns, putting the race on track to be the most expensive governor race in history.

Rauner says his wealth is self-made, a fact he’s proud of.

1. Rauner Estimates his Net Worth at $500 Million, Most From Private Equity 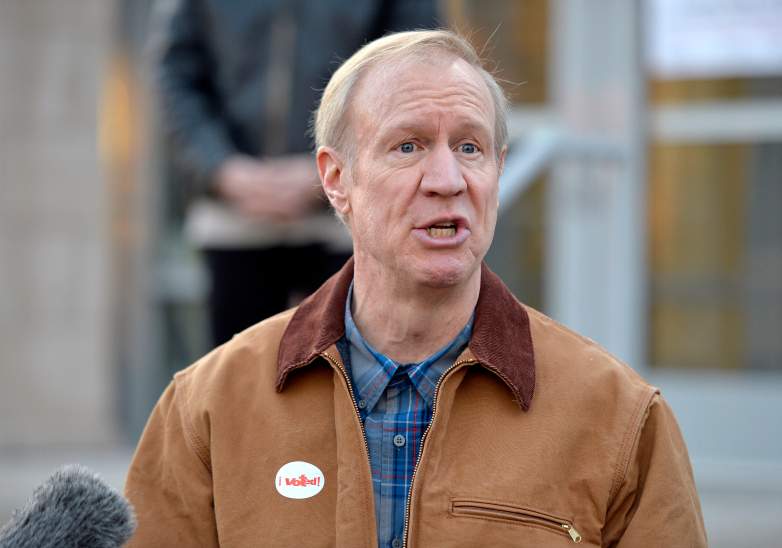 It’s unclear exactly how much the 42nd Governor of Illinois is worth, but it’s in the hundreds of millions. He estimated his net worth at $500 million in 2016 and reported a joint taxable income of $73 million with his wife Diana Rauner, according to the Chicago Sun-Times.

Before he was elected governor in 2015, Rauner was the Chairman of R8 Capital Partners, and Chairman of GTCR, a private equity firm where he worked for 30 years. He released a statement of his financial interests in May 2017, which showed he has ownership interest of more than $5000, or dividends more than $1200, in 111 companies. These entities include the Chicago Bulls, Citadel Wellington, and Pangea Properties.

Rauner attended Harvard Business School, then worked at GTCR from 1981 through October 2012. Next, he opened R8 Capital Partners, a self-financed venture firm.

2. He Talks Often About How He’s Earned His Fortune, Something he Sees as a Contrast to His Race Opponents

In a recent Rauner campaign ad, a narrator says: “this self-made businessman would go on to earn an MBA from Harvard, joining an investment startup and building a reputation as a business pioneer.”

The ad is a dig at his Democratic opponent Pritzker, who inherited much of his fortune from an uncle who founded Hyatt Hotels. Chris Kennedy, President John Kennedy’s nephew and another Democrat running for governor, is also self-funding his campaign with personal wealth.

When campaigning, Rauner talks about his grandfather Clarence Erickson, the son of Swedish immigrants who worked at a Wisconsin cottage cheese factory. Rauner often cites that he “lived in a double-wide trailer.”

Erickson’s daughter, Ann, went on to study at the University of Michigan, where she met Vincent Rauner, the son of an assistant attorney general. They were married, and Bruce Rauner was born in 1956. His father became a lawyer and worked with the patent firm Mueller & Aichele. Rauner and his three siblings grew up in Lake Forest, one of Chicago’s wealthier suburbs.

Rauner’s father eventually worked as senior vice president at Motorola, but according to Rauner’s friends he was tight with money, and Rauner worked hard. Dave Casper, Rauner’s roommate at university, told Chicago Magazine that Rauner worked in the dining hall and drove an old Chevy. “Bruce worked his ass off,” Casper said to Chicago Magazine.

3. His Campaign is Getting a Boost From the Richest Person in Illinois 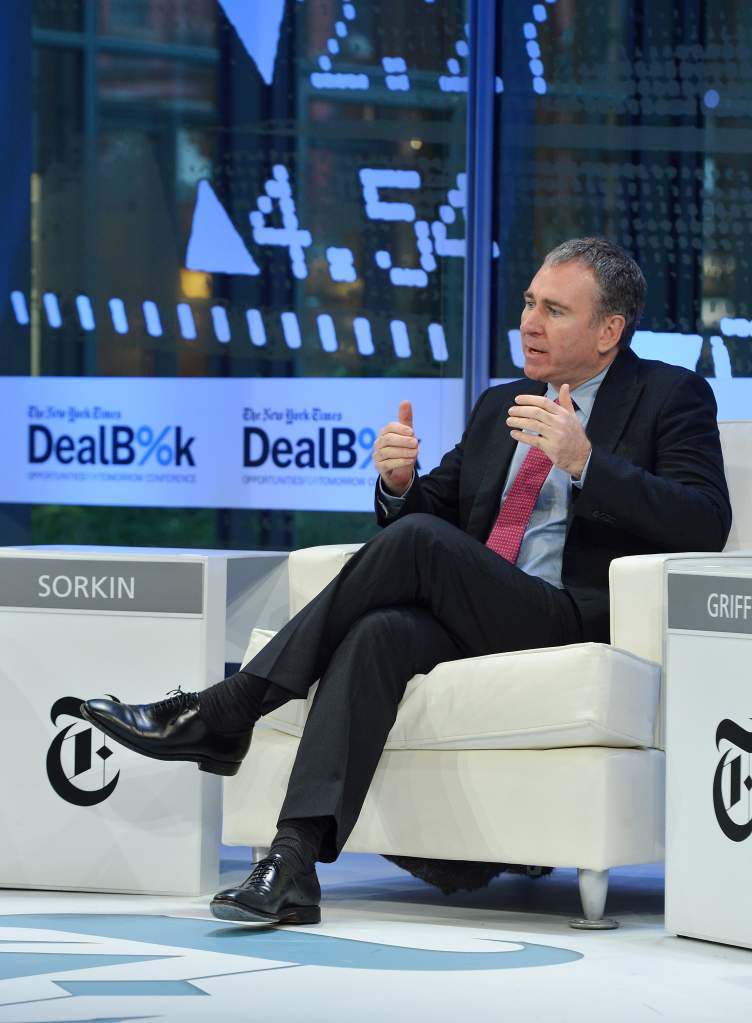 Rauner has spent $95 million on his campaign, including a $50 million donation in December 2017. While running for governor the first time, he said he would only accept $1 in salary and no benefits, something he has stuck with.

Rauner’s friend Ken Griffin, founder and CEO of the hedge fund Citadel, is the richest man in Illinois, and number 57 on the Forbes list of the wealthiest people in America. His net worth was estimated at $7.5 billion. In 2014, he helped finance Rauner’s election, and is helping again in this race. Since 2013, Griffin has donated $33,589,295.18 to Rauner’s political fund, according to the Chicago Sun-Times.

In May 2017 Griffin contributed $20 million to Rauner’s re-election campaign. It was the largest contribution ever given to a campaign by a non-candidate in the state of Illinois.

“Gov. Rauner cares deeply about the future of our state and making it a better place to live and work. He has the winning plan to create jobs, improve our schools and put Illinois on the right path forward,” Griffin said in a statement.

4. He Has Donated Substantial Sums to Educational Institutions in Illinois and on the East Coast

Our new Invest in Kids scholarship program is a hit. Parents want more school options for their children. Now they have it. With nearly $46M donated, tens of thousands of children will have a chance to attend schools like Jordan Catholic in Rock Island. pic.twitter.com/x6Dgey3gs0

Rauner has donated large sums to the YMCA in the Little Village neighborhood, Chicago’s Red Cross, six charter high schools, and scholarship programs for disadvantaged students. He financed most of the Rauner Special Collections Library at Dartmouth College, where he received his undergraduate degree, and also endowed professor chairs at Dartmouth College, Morehouse College, University of Chicago, and Harvard Business School. At the University of Illinois, he was the main donor for the Stanley C. Golder Center for Private Equity and Entrepreneurial Finance.

5. He is Against Raising the Minimum Wage to $15, and Supports the Recent Republican Federal Tax Bill 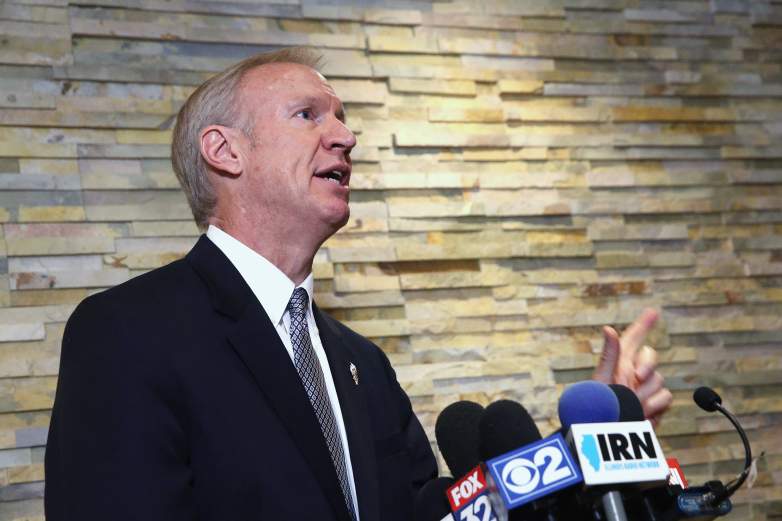 In August 2017, Rauner vetoed a bill that would have raised Illinois’ minimum wage to $15 per hour, saying it would hurt businesses and reduce jobs. He has said he is in favor of a more modest wage raise.

Rauner supported the recent federal tax code changes. He said the corporate tax cuts in the bill would help the country become “more supportive of businesses.”

“We’re going to have faster economic growth and more job creation all across the United States. I think this is a very pro-growth bill,” he said to the Chicago Tribune.

Loading more stories
wpDiscuz
0
0
Would love your thoughts, please comment.x
()
x
| Reply
Illinois Governor Bruce Rauner, who is running for reelection in 2018, is a multi-millionaire worth around $500 million. Rauner says his wealth, which is mostly from private equity, is self-made.