The Austin bombings terrified the Texas community, with multiple devices detonating throughout the city in March 2018, killing two promising young men and injuring four others. The modus operandi reminds some people of the Unabomber, Ted Kaczynski, who is sitting in a federal prison for a series of notorious letter mail and other bombings.

The Austin bomber is now dead, having detonated another device and killing himself as police closed in near a Round Rock hotel.

According to federal prison records, Kaczynski, now 75, is housed at the Florence ADMAX USP in Colorado and is serving a life sentence (he pleaded guilty in exchange for not receiving the death penalty). Are the bombings really that similar? How does the Unabomber case compare to the Austin situation? There are some similarities, but there are also a lot of differences, at least so far.

Serial killers who use bombs are rare, according to the Austin American-Statesman, but authorities have developed a profile of them from the past: “All have been white men. While they have varied educational attainment, they were of above-average intelligence and mechanically inclined,” the newspaper reported. “Almost always, they were furious.” One expert told the newspaper bombs are a “statement” not just a weapon. The most common motive? According to the experts contacted by the newspaper, most are “idiosyncratic bombers — people who use explosives to murder for personal reasons.”

The Austin bomber was cornered on March 21 in Round Rock and killed himself by detonating another device in his car. The deceased bomber was a 24-year-old white male, the police chief, Brian Manley, said. He did not provide other details of the bomber’s identity, including his name. “We do not understand what motivated him to do what he did,” the chief said. “We do believe all of these are related, and that he was responsible for all of these” bombings. Read more here.”

UPDATE: APD chief confirms reports this latest explosion was a trip wire. Asks residents to stay inside until 10 am pic.twitter.com/7Kfb08ZoH2

Some experts familiar with the Unabomber’s crimes see similarities to what’s happening in Austin, particularly because of the level of sophistication needed to create such devices. Furthermore, as with the Unabomber, police now say they think the Austin bombings were perpetrated by a “serial bomber.”

Danny Coulson, a former FBI assistant director, said “there is no doubt that comparisons between the recent Austin, Texas package explosions and the Unabomber case are appropriate,” reported Fox News.

“The Unabomber’s bombs were very complicated, they were mainly constructed of wood. They were very effective,” Coulson said. “I think we have a similar situation here,” he said.

According to SFGate, the Unabomber was “deeply professional about his bombs. He spent hours whittling metal and wood. He handcrafted screws. He cataloged the smallest details in a long-running journal.”

An independent #film about the #Unabomber is holding open casting calls in #Helena on Saturday, #Missoula on Sunday and Lincoln on Monday. https://t.co/dcaal3yuRe #Montana pic.twitter.com/jxD56Mov8e

A package bomb expert named Ben West told KXAN-TV that the Austin devices require some sophistication. “Because you can make a bomb then place it in a package and then rig it to explode at a specific time. So no, it’s not easy to do,” said West to the TV station. He drew a comparison to the Unabomber, saying such package devices are rare in the U.S. and usually have a criminal or political motivation in other countries.

In Austin, police now say that the latest explosion on March 18, 2018 injured two people walking along the side of the road and showed growing sophistication. The latest victims are both in the hospital in stable condition and received “significant injuries from the explosion that took place,” the police chief said. Police say a “tripwire” was used to detonate the most recent device. The other three Austin devices were cardboard packages left at people’s homes.

“We have seen similarities” between the most recent device and the three earlier explosions, the Austin police chief said. “The big difference in this device is that we believe a tripwire was used in this device.” He said the fact that police believe that “we are dealing with someone using tripwires shows a higher level of sophistication and a high level of skill.”

Both Bombers Appeared to Enjoy Toying With People

In both cases, the attackers may enjoy toying with those in authority or in the public eye. In the case of the Unabomber, he “even threatened media outlets, such as The New York Times, to publish his so-called ‘Unabomber Manifesto,’ telling them he would blow up a plane if they failed to do so,” Biography.com reports.

Although the Austin bomber has not contacted the news media, as far as is known, the bomber is believed to have struck shortly after the Austin police chief urged the attacker to come forward so authorities could understand his or her motives. Furthermore, after police warned the public not to pick up unattended packages, the Austin bomber shifted tactics to the tripwire scenario, police believe.

There are differences, though. Among them:

The Unabomber became legendary in part because he wasn’t caught for so long. The Unabomber’s crime spree lasted from 1978 to 1995. His terrorism spanned 17 years and consisted of “mailed letter bombs” that killed three people and wounded 23 others in different areas of the country, according to The Washington Post. The Austin bomber has, as far as anyone knows, been active for a month: March 2018.

Obviously, the choice of weapon – explosive devices that hit individuals – seems similar. In the Austin cases involving packages, the packages were not mailed, though. They were left on people’s doorsteps, according to The New York Times. More than two dozen people have been wounded by package bombs in the last three decades in the U.S., not counting the Unabomber cases, The Times reported.

However, in both cases the bombers appear not to be wedded to a singular method for delivering their bombs. Kaczynski was not always methodical about method and victim choice. According to SFGate, one of his bombs, which killed a computer store owner in Sacramento, California, “was left in a parking lot outside the store. It looked like junk, but it exploded.” Another bomb suspected of being the work of the Unabomber was disguised as a three-ring binder at a college campus in Berkeley (he was not charged in all attacks he’s suspected in.)

FacebookDraylen Mason and Anthony House, the two men who died in the Austin bombings.

Ted Kaczynski was a child math phenom who hated modern technology and who hit “people on the cutting edge of technological advances,” such as a geneticist, professor, and computer stores, The Post reported. He was born in Chicago and lived in a Montana cabin in the woods. He also targeted airlines. His motive appeared to be a strong aversion to modern societal advances.

“Kaczynski then targeted American airline companies with two bombs—one in 1979 that failed to detonate on an American Airlines flight, and one in 1980 that was sent to the president of United Airlines, who sustained minor injuries after it exploded,” Biography.com reports of some of the Unabomber’s attacks.

The Austin bomber’s motive is not clear, but there has been no sign thus far that he or she (or, theoretically they) are/is motivated by technology or the vagaries of modern progress. The first three victims in Austin were ethnic minorities (both men who died are from prominent African-American families), leading some to argue there is a hate crime motive (there was no allegation that race played a role in the Unabomber’s crimes). The third Austin attack wounded a Hispanic woman. The fourth attack, if indeed triggered by a tripwire, would appear more random in nature. It broke the pattern when it comes to victim profile. The most recent victims are 22 and 23-years-old and are “Anglo males,” according to the police chief. Police have said they see similarities among the four devices in Austin, leading them to believe they are the work of the same individual.

The Unabomber wrote a lengthy manifesto called “Industrial Society and Its Future”; there is no evidence of such writings in Austin, at least not yet. The Austin attacker appears to be more parochial, at least thus far; his or her attacks appear confined to a singular city, as far as is known anyway. The Unabomber struck in different areas of the country.

Police believe the bomber (or bombers) has likely struck four times in Austin. The Austin attacker remains at large. Hiding bombs in seemingly innocuous items (like packages) does seem to bear similarities to the Unabomber, however, and it strikes fear in people because it means a bomb could literally be anywhere. The way, too, that he or she is trying to stay one step ahead of the police by altering tactics bears some resemblance to the Kaczynski case. 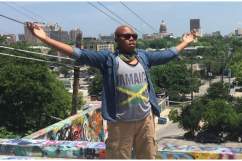 Read More
Austin, Breaking News, Texas
Are the Austin bombings and the Unabomber similar? See a comparison of Ted Kaczynski's crimes to the Austin, Texas explosions.