Hunter Richard, a 16-year-old teenager from Texas, says he was attacked at a Whataburger restaurant because he was wearing a Make America Great Again (MAGA) hat.

The man in the video is allegedly named Kino Ahuitzotl Jimenez. A now deleted page said Kino Jimenez was affiliated with the Texas Green Party. However, the party has now kicked him out as a result, an official told Heavy. “Police said a suspect is in custody, but the victim, Hunter, will need to meet with them to positively identify the person,” News4 San Antonio reported.

This is a 2017 mugshot of Jimenez, according to Bexar County. The current one was not yet available.

In the video, which you can watch both edited and unedited below, a man throws a drink and walks off with a red MAGA hat. The television station reports that Richard says the man took his hat. First the edited version of the video can be seen below. Be forewarned that the unedited version contains a disturbing racial slur.

In an interview, Gavino Zarate, secretary of the Harris County Green Party, who said he was speaking for the state party as a whole on the issue (Jimenez is from the San Antonio area), condemned the incident, which was captured in the viral video that shows a man later identified as Kino Jimenez allegedly tossing a drink on a 16-year-old boy, using a racial slur, and then walking off with the teen’s MAGA hat.

“We all have different opinions of our president, but we don’t take it out on innocent kids who just happen to have a hat on,” Zarate told Heavy in an exclusive interview. “You may not like the hat or you may not like the president, but you don’t show that kind of aggression toward teenagers. It goes against everything the Green Party stands for. We are not violent. We do not take our aggression out on innocent young people.” The man’s full name is Kino Ahuitzotl Jimenez.

Kino Jimenez has deleted various social media accounts but, before he did, he wrote on his page that he worked at the San Antonio bar. He wrote in his profile’s “About” section, “thug life.” On Instagram, he described himself as, “Jedi-Knight Musician Spaceman.”

This is how his name appeared on the Green Party website before it was removed, and he was banned:

News4 San Antonio’s Joe Galli reports that the incident is under investigation by police and a police report was filed. According to the television station, which spoke exclusively to the teen, “Hunter said some of his hair was pulled during the assault.” Heavy confirmed police received a police report.

In an unedited version of the video, the man who throws the drink also uses a racial slur against the teenage boys who are sitting at a table in the fast-food restaurant (specifically the “N” word).

Rumble, a bar in San Antonio where the man works, wrote on Facebook that it had fired him.

“We have since terminated this employee, as his actions go against everything that this establishment stands for. Rumble has, and always will be, a bar that is as inclusive as any establishment could possibly be. THIS BAR IS A SAFE SPACE FOR EVERYONE! No matter your race, creed, ethnicity, sexual identity, and political stance, you are welcomed here! We do not condone the actions or behavior that were displayed in the cell phone video, and we never will. If you have any questions or concerns please message us privately. We support and appreciate your business.” The bar did not use the man’s name.

The teen’s mother originally shared the video on Facebook, writing, “Please help ID this ‘Scum BAG of the Year!’ My son and his friends were eating at Whataburger on Thousand Oaks last night. His friend was wearing a Patriotic Hat and this happened! It would be nice to know who he is for someone to let him know his actions are not ok! Real tough guy… approaches a group of teenagers minding their own business just having a burger! He kept his hat too! Scum bag!”

Conflicting reports then emerged about what provoked the incident, but the original news source itself expressed later concern about the legitimacy of the most incendiary claim. A friend who was with Richard when the incident happened tweeted, “an article was released saying someone who was in the restaurant (even tho the only ones in the restaurant was my group and the guy who confronted us’s group.) said that we had provoked the man with racial slurs and much worse things, which never happened.” The teen, who tweets under the handle Brax, then wrote, “said I wouldn’t comment anymore but they pulled the article lmao.” He also wrote, “this article was pulled due to “concerns about the legitimacy of the statements.”

The article by KENS 5 was updated to remove the most incendiary quotes, and now reads, “Editor’s note: An earlier version of this story included quotes from the alleged witness. Those have been removed from this copy due to concerns about the legitimacy of the statements.” The KENS 5 article notes, “KENS 5 was not able to independently verify the witness statements.” A story by WFMY, a sister station of KENS 5 that repeated the claims has been deleted. Some news outlets have linked to the now deleted WFMY story without updating their stories to explain it was deleted. In an interview with a Texas news outlet, Kino Jimenez did not allege any racial comments were made, although he said that seeing the MAGA hat was the equivalent to him of seeing a KKK hood.

There have been other incidents involving MAGA hats in recent months. An employee at a Vancouver restaurant was fired after he was accused of asking a customer to remove a MAGA hat if he wanted to be served. That incident came on the heels of President Donald Trump’s Press Secretary Sarah Huckabee Sanders being asked to leave a Lexington, Virginia restaurant where she was dining with members of her family. Other people who work for Trump, such as Homeland Security Secretary Kirstjen Nielsen, have been confronted in restaurants in recent weeks. You can watch video of the Nielsen confrontation here. 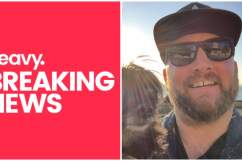