Ericka Beverly Oxford, 41, is a volunteer high school track coach in Missouri accused of having a sexual relationship with one of the teenage athletes. The 17-year-old boy’s father reportedly found the two of them having sex in his home back in May.

1. Ericka Beverly Oxford Was Charged With Felony Sexual Contact With a Student

They would have sex at least twice a week. That’s one allegation against #ErickaOxford a volunteer track coach accused of having sex with one of her track students. She’s facing a felony charge of sexual contact with a student.
I’ll have reaction from both sides tonight on @KMOV pic.twitter.com/KoMWY3x5MK

Oxford has been charged with sexual contact with a student, which is a Class E felony. She turned herself in to police on Friday, August 17th. She was released on $20,000 bond and ordered not to contact the victim or his family.

Under Missouri law, “sexual contact with a student” applies to more than just full-the teachers. The statute applies to: student teachers, district-appointed officials, contractors and volunteers.

2. The Alleged Relationship Continued Even After the Teen’s Father Reportedly Caught Them Having Sex

Oxford and the teenage boy have both admitted the relationship to investigators. According to court documents, the relationship began in April of 2018. They met at Fort Zumwalt East High School, where Oxford was volunteering her time as a track coach.

Police say the teen’s father learned the two had been having sex in May. They went to the boy’s home one day after track practice. The boy’s father reportedly walked in on them having sex.

But Oxford and the teenage boy reportedly did not stop meeting even after getting caught. Police say the pair got together once or twice per week. This reportedly went on through August, until Oxford’s arrest.

3. The Teen Told Police Oxford Would Sneak Him Into Her House

The teenager involved was a member of the boys high school track team. According to the St. Louis Post-Dispatch, the teen admitted to police that he would sneak out of his house to visit Oxford. He said Oxford would then sneak him into her home.

A statement put out by the school principal indicates Oxford may be married with children. She was identified as as an “unpaid parent volunteer.” She does not appear to have any current public social media profiles; the twitter account @ErickaOxford appears to have been deactivated.

A friend of Oxford’s, who wished to remain unnamed, spoke with CBS affiliate KMOV-TV. That person said that Oxford had long been active with school activities and expressed shock at the allegations of sexual misconduct.

Fort Zumwalt East High School in St. Peters, Missouri was quick to respond following Oxford’s arrest. The principal, Brian Bishop, stressed that the district conducts thorough background checks on all employees and volunteers before they’re allowed to work with students. He also stated that none of the alleged sexual encounters took place on school property. The letter to parents reads:

“I have some information I need to share with you. The St. Peters Police Department notified me that an unpaid parent volunteer with the boys track team was arrested and charged with a Class E felony of sexual contact with a student.

St. Peters Police assure me that none of the alleged contact occurred at school. The accused passed a thorough background check used for volunteers and was registered with the Missouri State High School Activities Association. If you have any further concerns please feel free to contact me.”

5. The ‘Age of Consent’ in Missouri Is 17 but That Statute Does Not Apply in Oxford’s Case Because of the Coach-Student Relationship

As explained earlier in this article, a charge of “sexual contact with a student” applies to anyone employed by or volunteering at a school district. Oxford was not a teacher. But as a volunteer coach, the statute applies to her.

The age of consent in Missouri is 17 years old. An adult over the age of 21 who engages in sexual activity with a child 14-16 years-old could be charged with statutory rape, statutory sodomy, or child molestation. It does matter if the sex was consensual; that teen is considered too young to legally consent. (You can read more on this topic and the specifics of Missouri law here).

But again in Oxford’s case, the age of consent does not apply. It is illegal for a school worker to engage in sexual conduct with a student regardless of their age. The law also stipulates that “It is not a defense to prosecution for a violation of this section that the student consented to the sexual contact.” If convicted of a Class E felony, the punishment in Missouri is up to four years behind bars. 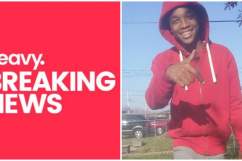