Getty Christine Blasey Ford is testifying before the SJC on Thursday.

Christine Blasey Ford is set to testify today at a hearing unlike any in several decades. Ford, a professor at Palo Alto University in California, has claimed Judge Brett Kavanaugh attempted to rape her when the two were high school students in the 1980s. Today, she’ll testify before the Senate Judiciary Committee in a hearing that could determine whether the Senate confirms Kavanaugh for a seat on the Supreme Court.

Kavanaugh has vehemently denied Ford’s claims from the beginning. He also denies the claims made by Deborah Ramirez and Julie Swetnick.

Ford has been in the spotlight since she spoke to The Washington Post for a story published on September 16. What follows is a timeline of her life, from high school in the Washington, D.C. suburbs to academia on the West Coast and an allegation that has brought her and her story to the center of American politics.

You can read the letter Ford sent to Feinstein here via CNN.

“Brett Kavanaugh physically and sexually assaulted me during high school in the early 1980’s. … It is upsetting to discuss sexual assault and its repercussions, yet I felt guilty and compelled as a citizen about the idea of not saying anything,” Ford wrote.

1. Ford Is a Professor at Palo Alto University Who Teaches Graduate Students in Clinical Psychology 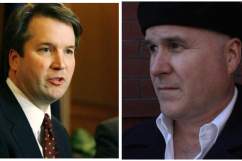 A bio in the Holton-Arms alumni magazine.

Ford’s academic work has been widely and prolifically published across a range of psychological topics, from “Does Gender Moderate the Relationship Between Childhood Maltreatment & Adult Depression?” to “Acupuncture: A Promising Treatment for Depression During Pregnancy.”

Ford has written about the cognitive affect of the September 11 terrorist attacks, too. She and her co-authors wrote, “[Our] findings suggest that there may be a range of traumatic experience most conducive to growth and they also highlight the important contributions of cognitive and coping variables to psychological thriving in short- and longer-term periods following traumatic experience.”

In another article, Ford and her co-authors revealed the effects of meditation with yoga on depressed patients, writing, “Results indicate that significantly more meditation group participants experienced a remission [of depression] than did controls at 9‐month follow‐up.”

Ford also signed a letter along with other health professionals demanding that President Donald Trump stop his controversial family separation policy at the U.S.-Mexico border. 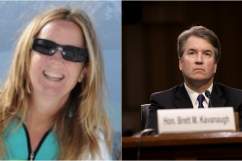 3. Ford Is 51, Married to Russell Ford, & She Has Young Children

1. Kavanaugh's accuser is now on the record: Her name is Christine Blasey Ford

2. Ford has offered a detailed account of sexual assault by Kavanaugh

Ford married her husband, Russell Ford, in 2002, in a wedding at Half Moon Bay in California, according to a wedidng announcement from a local newspaper. According to Ford’s LinkedIn, he’s a senior director at Zosano Pharma. Ford and her husband have something in common: they’ve both received degrees from Stanford University. Russell Ford received his Master’s in Mechanical Engineering, as well as his PhD in Mechanical Engineering, from Stanford.

Ford’s Facbook has since been deleted, but several of her profile pictures for ResearchGate and Pinterest show photos of the same small blonde boys, who seem to be her sons. 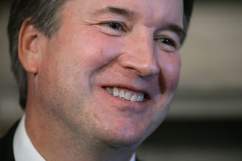 4. Ford Claims Kavanaugh Groped Her & Tried to Take Her Clothes Off Against Her Will & She Says She Thought He ‘Might Inadvertenly Kill Me’

Ford alleges that the incident occurred when Kavanaugh and a friend brought her up to a bedroom while they were all at a party. She says that he pinned her to the bed and groped her while trying to take her clothes off, and when she tried to yell he put a hand over her mouth.

Ford said to The Washington Post, “I thought he might inadvertently kill me. He was trying to attack me and remove my clothing.”

Ford then said she escaped when Kavanaugh’s friend, Mark Judge, jumped on top of them. She locked herself in a bathroom and then ran out of the house.

She said of the event to The Washington Post, “My biggest fear was, do I look like someone just attacked me? [I thought], I’m not ever telling anyone this. This is nothing, it didn’t happen, and he didn’t rape me.”

In her letter to Feinstein, Ford wrote that the incident occurred at a home in suburban Maryland at a “gathering” that included her and four others. She said both Kavanaugh and his friend were a year or two older than her:

Kavanaugh physically pushed me into a bedroom as I was headed for a bathroom up a short stair well from the living room. They locked the door and played loud music precluding any successful attempt to yell for help. Kavanaugh was on top of me while laughing with (Judge), who periodically jumped onto Kavanaugh. They both laughed as Kavanaugh tried to disrobe me in their highly inebriated state. With Kavanaugh’s hand over my mouth I feared he may inadvertently kill me. From across the room a very drunken (Judge) said mixed words to Kavanaugh ranging from “go for it” to “stop.”

At one point when (Judge) jumped onto the bed the weight on me was substantial. The pile toppled, and the two scrapped with each other. After a few attempts to get away, I was able to take this opportune moment to get up and run across to a hallway bathroom. I locked the bathroom door behind me. Both loudly stumbled down the stair well at which point other persons at the house were talking with them. I exited the bathroom, ran outside of the house and went home.

Ford says she didn’t tell anyone about the event until 2012, when she was in a couples therapy. The Washington Post received parts of the notes from that couples therapy session, which note Ford talking about an attack from “an elitist boys’ school”, attackers who were “highly respected and high-ranking members of society in Washington.” Ford wrote in her letter to Feinstein that she has “received medical treatment regarding the assault.”

Ford’s husband, Russell Ford, has confirmed this recollection, telling The Washington Post that he remembers her talking about a “rape attempt” and explicitly mentioned Kavanaugh’s name and her concerns about his being nominated to the Supreme Court one day.

Ford wrote in her letter to Feinstein that she has not knowingly seen Kavanaugh “since the assault.” She said she saw Judge once and “he was extremely uncomfortable seeing me.” 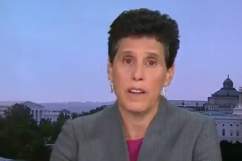 5. Ford Passed a Polygraph Test Administered by a Former FBI Agent in July, the Post Reports

According to The Washington Post, Ford acted on the advice of her lawyer, Debra Katz, and took a polygraph test administered by a former FBI agent in July. Though Ford had decided not to come forward, the story was soon leaked, with increasing details leading to her identity.

She told The Washington Post, “Now I feel like my civic responsibility is outweighing my anguish and terror about retaliation.”

As for her husband, he thinks it’s important to people to take Kavanaugh’s alleged acts into consideration, regardless of when they occurred on his timeline. “I think you look to judges to be the arbiters of right and wrong,” he said to The Washington Post. “If they don’t have a moral code of their own to determine right from wrong, then that’s a problem. So I think it’s relevant. Supreme Court nominees should be held to a higher standard.”