Facebook Mark Meza was shot and killed when a gunman opened fire at Borderline Bar & Grill in Thousand Oaks, California on November 7, 2018.

Mark Meza Jr. tragically lost his life Wednesday night when a gunman opened fire at Borderline Bar & Grill in Thousand Oaks, California. Mark was a busboy at Borderline, and is remembered as a “loving and wonderful young man” by friends and loved ones.

Meza lost his life when gunman Ian Long, a black-clad ex-Marine with mental health troubles, opened fire shortly before 11:30 p.m. local time on November 7, killing 12 and wounding several more in a horrific scene in which people hid in bathrooms and smashed windows out to try to escape. Borderline Bar & Grill was attacked during its weekly “College Country Nights,” a popular event for the 18-and-up college crowd.

Meza studied photography at Santa Barbara City College in 2014. He would have turned 21 on Nov. 19, according to his family.

Here’s what we know about Meza:

Meza is Remembered as “Wonderful & Loving Young Man” Who Had Bright, Promising Future 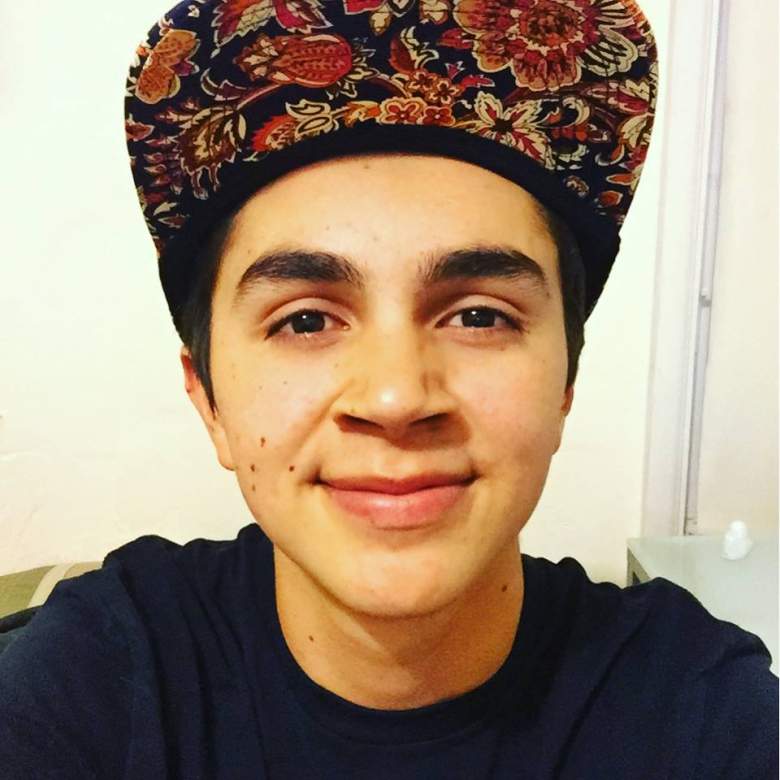 Meza was identified by his family as one of the 12 victims killed at the Borderline Bar & Grill massacre on Wednesday, KEYT-TV reports. “Marky was a loving and wonderful young man who was full of life and ambition,” his family said in a statement to KEYT. “His family is devastated by his loss.”

According to his Facebook page, Meza was born in Santa Barbara, California, and grew up in Carpinteria, California, where he graduated from high school.

“Mark was loved by many in our community and will be dearly missed,” the Carpinteria Unified School District said in a message to parents, according to Buzzfeed News.“Please hold his family and friends in your hearts and thoughts at this difficult time.”

We have sadly confirmed another victim of the #ThousandOaks shooting as Marky Meza Jr. He would have turned 21 on Nov. 19th. His family is devastated and asks for privacy as they heal. pic.twitter.com/kTM0zYh1YR

Luz Reyes-Martin, the president at Santa Barbara City College, told Buzzfeed News, “The entire SBCC community mourns this tragic loss of bright, young, promising lives. We send our deepest sympathies to the friends and family of the victims. We are heartbroken to learn of Mark’s death.”

Tributes to Meza remembered him as a “great soul” and questioned how people could be so cruel as to gun down a group of young adults who were having a fun night out.

“Ppl [sic] truly are the worst, my heart goes out to every victim and their families, RIP Mark Meza, I know we’ve only met a few times but you were such a great soul each time we spoke if only I had more time and more chances to get to know you more, I’m sorry this world is so cruel,” one user wrote on Twitter.

Other Victims Include an Off-Roading Truck Enthusiast, a Bouncer Who Helped People Escape By Smashing Windows & an Eagle Scout Who Survived The Las Vegas Massacre, Only To Perish in Thousand Oaks

Blake Dingman, a 21-year-old Newbury Park native, also lost his life Wednesday night, as well as his close friend Jake Dunham, who were both in the bar at the time of the shooting. Dingman played high school baseball at Hilcrest Christian School, according to Kyle Jorrey, the editor of the Thousand Oaks Acorn. His former baseball coach told Jorrey that Dingman had a “magnetic personality,” and added, “He loved the game of baseball but he loved his friends and family even more.”

The Ventura County Sheriff’s Office says one of its deputies, Sergeant Ron Helus, is among the dead. Helus died a hero, while rushing into the building to try to save the lives of other people still desperately trying to escape the bar. Helus, 54, was a 29-year veteran of the department and a married father who was planning to retire next year.

Justin Meek, a 23-year-old California Lutheran University graduate, was also killed during the rampage. Meek died heroically and “saved lives in the incident,” after using himself as a barricade. He was a bouncer at Borderline Bar & Grill and was attempting to break windows and help others escape when he was shot and killed. His sister was in the bar as well, and survived the attack.

“I hope to God no one sends me anymore prayers. I want gun control. No more guns!” – mother of shooting victim Telemachus Orfanos. She says he survived the #LasVegasShooting but did not survive the #ThousandOaksMassacre. @ABC7 @ABCNewsLive pic.twitter.com/UMqTY1RATK

Telemachus Orfanos, an Eagle Scout, survived the Las Vegas massacre outside Mandalay Bay only to perish during the mass shooting in Thousand Oaks. His mother gave a heart wrenching interview demanding gun control after her son didn’t come home from a second massacre.

READ NEXT: Blake Dingman: A Tribute to the Thousand Oaks Shooting Victim