Thunberg’s family has a long lineage of theatric pursuits. Her father, mother, and sister are all involved in theatre in some way or another. Even her grandfather, Olof, was a famous director and actor.

Though the Thunberg family has a noted emphasis on theatre, they’re all as environmentally minded as Thunberg herself is. Svante, Beata, Malena and Greta co-wrote a book, titled Our House Is On Fire: Scenes of a Family and a Planet in Crisis. The book’s expected release date is March, 2020. The summary for the book on GoodReads reads in part,

This is the story of a family led to confront a crisis they had never foreseen. Aged eleven, their eldest daughter has stopped eating and speaking. Alongside diagnoses of autism and selective mutism, her parents slowly become aware of another source for her distress: her imperiled future on a rapidly heating planet.

Steered by her determination to understand the truth, the family begins to see the deep connections between their own and the planet’s suffering. Against forces that try to silence them, disparaging them for being different, they discover ways to strengthen, heal, and act in the world. And then one day, fifteen-year-old Greta decides to go on strike.

Here’s what you need to know about Greta Thunberg’s family:

1. Thunberg’s Mother, Malena Ernman Is an Opera Singer From Sweden

Thunberg’s mother, Malena Ernman, is an opera singer. She’s also an actress. Specifically, she’s a mezzo-soprano, though she has also dabbled in other genres of music, including jazz and cabaret.

Malena was convinced by her environmentally focused daughter to give up her professional career in international opera, according to The Guardian. This is because of the environmental effects of aviation, the publication reports.

In addition to her opera career, Malena wrote a book about her family, which in English translates to Scenes From the Heart. In the book Malena notes her daughters’ upbringing as well as their struggles. Additionally, per DW, Malena reveals that Greta has Asperger’s syndrome (in addition to high-functioning autism and obsessive compulsive disorder, per The Daily Beast), and Beata has ADHD.

Malena has over 44,000 followers on Twitter. Her Twitter bio reads, “Not ready to make nice,” and links to a Malena Ernman website that appears to be defunct.

Unfortunately for English speakers, accessing Malena’s content might be a tad difficult, since all of her tweets are written in Swedish. But if you right click any given tweet and click on the “Translate to English” option, you should be all set. 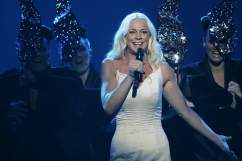 2. Thunberg’s Sister, Beata, Has Their Mother’s Singing Chops; She Has Over 11,000 Followers on Instagram

So proud of my super talented sister, @beataernman . Listen to her new song on Spotify, link in bio!

Beata Ernman Thunberg is Thunberg’s sister and only sibling. She is 13 years old, three years younger than Thunberg. Beata has a significant following on Instagram, with over 11,000 followers; for what it’s worth, Thunberg has 4.3 million followers on Instagram.

Beata rarely posts Instagrams about her sister. Rather, her social media feed is dominated by her evident love for singing.

Beata goes by “Bea,” per her Instagram bio. In addition to singing, she frequently performs in front of audiences, and often choreographs her performances as well.

You can read more about Beata here.

Svante Thunberg is an author, actor, and producer. He’s also created works with his spouse, Malena, as an artist pair. In fact, he manages Malena’s career; he also co-wrote Scenes From the Heart with his wife.

For his own acting career, Svante is most known for his role in a Swedish television drama series called Skärgårdsdoktorn, which loosely translates to The Archipelago Doctor in English. The show ran from 1997-2000, per IMDB.

Svante has an active Twitter account and often posts photos of Greta, as well as other climate-related content. He also has moments indicative of being a typical proud parent: he recently retweeted an article that fact-checked the accuracy of Thunberg’s various climate change claims and found them all to be true.

Thunberg was nominated for the Nobel Peace Prize in March. But if she wins the prize, she won’t be the first one in her family to do so; she’s distantly related to Svante Arrhenius, a winner of the famous international prize, according to a profile of the young woman in Union of Concerned Scientists.

Specifically, Thunberg’s father, Svante, was named after his distant relative, per the publication. However, the exact connection between Thunberg and Arrhenius is unclear. But thanks to his official Nobel Prize bio, much of the late scientist’s life is known.

Arrhenius was born in 1859 and died in 1927. He was awarded the Nobel Prize in Chemistry in 1903, for his work in the field. Ironically, Arrhenius’ body of work represented the first calculations that explained how carbon dioxide emissions might lead to what is now the greenhouse effect. His bio reads in part,

Arrhenius was a contented man, happy in his work and in his family life. During the First World War, he made successful efforts to release and repatriate German and Austrian scientists who had been made prisoners of war. He was twice married – in 1894 to Sofia Rudbeck, by whom he had one son, and in 1905 to Maria Johansson by whom he had one son and two daughters.

The theatrical chops in the Thunberg family go far past Thunberg’s parents and sister. Her paternal grandfather is a famous Swedish actor and director named Olof Thunberg.

Per his IMDB bio, Olof was born in 1925, and was known for several Swedish television series and films.

Many right-wing outlets and individuals have criticized Thunberg’s parents for her role as a climate activist, with many even accusing them of behaving as stage parents. Neither Thunberg nor her parents have addressed those comments, though many on Twitter have spoken up in defense of the Thunbergs.

What’s more, many pundits have insulted Thunberg with inappropriate and deeply controversial comments. For example, conservative Michael Knowles called Thunberg a “mentally ill Swedish child” during a Fox News segment on Sept. 23. Knowles’ comments were swiftly condemned by thousands of people on Twitter, as well as several autism advocate groups.

A Fox News spokesperson even released the following statement, per The Daily Beast: “The comment made by Michael Knowles who was a guest on The Story tonight was disgraceful – we apologize to Greta Thunberg and to our viewers.”

READ NEXT: Get to Know Greta Thunberg’s Sister