President Donald Trump hosted Turkish President Recep Tayyip Erdogan at the White House on Wednesday amid escalating tensions in the war in Syria. Erdogan has been president of Turkey since 2014 after serving as prime minister for a decade and as the mayor of Istanbul, the country’s largest city, in the 1990s.

The visit of Turkish President Recep Tayyip Erdogan to the White House on Wednesday comes as Turkey and the United States grapple with several controversies, including the recent U.S. military pullout in Syria and Turkey’s purchase of an air defense system from Russia. Turkey is a member of NATO.

Erdogan has also faced criticism for invading northern Syria after Trump agreed to withdraw U.S. troops who were working with Kurdish troops to fight ISIS in the area. Turkey wants to create a safe zone along its border with Syria, but many say Erdogan is overstepping this mission and targeting Kurds in Syria.

According to the BBC:

Turkey wants to push back from its border members of a Syrian Kurdish militia called the People’s Protection Units (YPG). Turkish leaders view the YPG as a terrorist organisation. They say it is an extension of the Kurdistan Workers’ Party (PKK), which has fought for Kurdish autonomy in Turkey for decades.

The United States placed sanctions on Turkey and on Oct. 9 Trump wrote a letter to Erdogan about Turkish attacks on the Kurds, who have been longtime allies with the U.S. 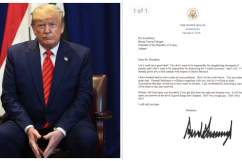 President @realDonaldTrump gave an update on relations with Turkey at the top of his meeting with President Erdogan. pic.twitter.com/cev0Wx6T5t

Erdogan arrived in Washington, D.C. the same day that public hearings being in the House of Representatives on his impeachment over his conversations with Ukraine and whether he offered a “quid pro quo” over information about 2020 presidential candidate former Vice President Joe Biden. 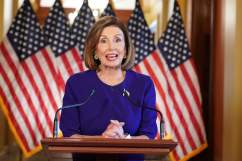 Several senators were invited to the Oval Office for the meeting.

Sen. Lindsey Graham on Erdogan meeting: "I was impressed with the fact that thePresident would let five senators come into a meeting with a head of state and basically direct the flow of conversation." pic.twitter.com/FCNB3kPNsJ

2. During Erdogan’s 2017 Visit to Washington, D.C., His Guards Were Filmed Attacking Protesters Outside the Turkish Ambassador’s Residence

There are concerns that there could be violent protests during Turkish President Erdogan’s visit to the White House this week. When Erdogan visited the nation’s capital in 2017, protesters gathered outside the Turkish ambassador’s home in Washington, D.C. Several people were injured when Erdogan’s security guards got involved.

According to The Hill, U.S. Secret Service agents were among those attacked during the May 16, 2017 protests, a lawsuit says.

High definition video and cellphone recordings captured the most brazen attacks, with Turkish security officers sprinting at protesters, surrounding them and beating women and elderly men. At least 11 people were taken to the hospital and plaintiffs in the lawsuit detail long-term injuries, including physical pain, memory loss and post-traumatic stress disorder.

Included in the lawsuit are State Department memos, written from the point of view of three U.S. security officers tasked with guarding Foreign Minister Mevlüt Çavuşoğlu.

They detail Turkish security officers attacking both civilians and U.S. security agents in multiple instances, sometimes simultaneously, over the course of the afternoon of May 16, 2017, including the attack near the ambassador’s residence and then fighting outside the Turkish Embassy.

Massive police presence at the Willard Hotel, seemingly for @RTErdogan. F Street closed off, full Secret Service screening to get your inside. pic.twitter.com/AZxB1hd6g0

There has been speculation that Erdogan’s trip would be postponed, but Trump tweeted this week that the visit would take place on Wednesday.

Just had a very good call with President @RTErdogan of Turkey. He informed me that they have captured numerous ISIS fighters that were reported to have escaped during the conflict – including a wife and sister of terrorist killer al Baghdadi….

….Also talked about their Border with Syria, the eradication of terrorism, the ending of hostilities with the Kurds, and many other topics. Look forward to seeing President Erdogan next Wednesday, November 13th at the @WhiteHouse!

A bipartisan group of House lawmakers wrote a letter to President Donald Trump last week, urging not to welcome Turkish President Erdogan at the White House. The letter, signed by 15 Democrats and two Republicans, said “President Erdogan’s decision to invade northern Syria on October 9 has had disastrous consequences for U.S. national security, has led to deep divisions in the NATO alliance and caused a humanitarian crisis on the ground.”

This sort of cryptic sounding meeting is apparently a meeting with Trump, senators and Erdogan, per two ppl familiar pic.twitter.com/gB0JDDRa2W

3. A Longtime Political Fixture in Turkey, Turkish President Erdogan Previously Served As Prime Minister for a Decade and Mayor of Istanbul in the 1990s

Recep Tayyip Erdogan was born in Istanbul in 1954. In his younger years, he played sports and became active in politics, according to his official bio.

In 1994, he was elected mayor of Istanbul, Turkey’s largest city. Three years later, Erdogan read a poem that landed him in jail for four months. He would then go on to become prime minister for a decade. TIME magazine reports:

At a rally in 1997, he read a poem: “The minarets are our bayonets. The faithful are our soldiers. God is great. God is great.” For that flight of fancy, which he says was meant metaphorically, he was sentenced under laws designed to keep Islamic fundamentalism at bay. He served four months in prison and was barred for life from public office. Nonetheless, his party swept to victory, partly as a protest against Turkey’s Old Guard politicians, who have led the country into an economic crisis. But the election was also a vote against the kinds of laws that put Erdogan in jail. “There would be no need for a call for Shari’a,” Gulden Sonmez, an Istanbul human rights lawyer said, “if you could practice religion freely.”

Erdogan’s early career and jail sentence was turned into a movie in 2017 called Reis, according to IMDb. He has been married since 1978 and has four children.

4. Turkish President Erdogan Faced a Military Coup Attempt in 2016, But It Failed And He Has Remained in Power

In July 2016, Turkish President Recep Tayyip Erdogan was vacationing at a seaside resort town in Turkey when a military coup was launched against him and his government, according to CNN. Tanks rolled into the capital Ankara and Istanbul, the country’s largest city. The Bosphorus Bridge, which connects Asia with Europe, was blocked off. Media outlets were forced to stop broadcasting, 200 people were killed.

“Over the course of a violent night, TV stations were raided by soldiers, explosions heard in Istanbul and Ankara, protesters shot at, the parliament and presidential buildings fired upon, a military helicopter shot down and the Turkish military chief taken hostage,” the BBC reported.

The coup attempt failed and Erdogan blamed Fethullah Gulen, a Muslim cleric who is in exile in Pennsylvania in the United States. Erdogan urged then-President Barack Obama to extradite him back to Turkey, according to CNN. “I call on the United States and President Barack Obama. Dear Mr. President, I told you this before. Either arrest Fethullah Gulen or return him to Turkey. You didn’t listen. I call on you again, after there was a coup attempt. Extradite this man in Pennsylvania to Turkey! If we are strategic partners or model partners, do what is necessary,” Erdogan said.

5. Turkish President Erdogan Has Faced Harsh Criticism Over His Denial of Turkey’s Role in the Armenian Genocide, Including a Recent House Vote Condemning It

n 2011, Recep Tayyip Erdoğan ordered the Monument to Humanity, a statue dedicated to fostering Armenian and Turkish relations, to be destroyed. Wikipedia

Just last month, the House of Representatives passed a resolution 405-11 reaffirming the United States’ condemnation of “the killing of 1.5 million Armenians by the Ottoman Empire from 1915 to 1923.”

“Whereas Raphael Lemkin, who coined the term genocide in 1944, and who was the earliest proponent of the United Nations Convention on the Prevention and Punishment of Genocide, invoked the Armenian case as a definitive example of genocide in the 20th century,” the resolution states.

Turkey does not recognize the loss of 1.5 Armenians as genocide.

Loading more stories
wpDiscuz
0
0
Would love your thoughts, please comment.x
()
x
| Reply
President Donald Trump is hosting Turkish President Recep Tayyip Erdogan at the White House this week amid escalating tensions in the war in Syria. Erdogan has been president of Turkey since 2014 after serving as prime minister for a decade and as the mayor of Istanbul, the country’s largest city, in the 1990s.