Facebook Denise Smart is the mother of Kristin Smart.

Denise Smart is the mother of missing California college student Kristin Smart. She says she was told to be expected for a major announcement in her daughter’s case. Kristin Smart disappeared in 1996 while she was a 19-year-old student at Cal Poly in San Luis Obispo. Denise Smart told her hometown newspaper, the Stockton Record, in January 2020 that the FBI told her a new development could bring closure to the 23-year saga.

Denise Smart and her husband, Kristin Smart’s father, Stan Smart, have been leading the efforts to keep their daughter’s memory alive and to push for the high-profile unsolved case to be closed. Kristin Smart was declared dead on May 25, 2002, but her body has not been found. She went missing on May 25, 1996, during a Memorial Day weekend holiday.

Smart left a birthday party for a friend and was found passed out on the lawn of a neighboring house by two other students who had also left the celebration, Cheryl Anderson and Tim Davis, according to police. Anderson and Davis helped Smart to her feet and decided to walk her back to a nearby dormitory.

Another student, Paul Flores, joined them and offered to help bring her back to the dorm, police said. Flores told the other students he could help her back by himself because he lived closer to her dorm, police said. According to police, Flores said he walked her back to his dorm, Santa Lucia Hall, and left her to finish the walk back to her own dorm, Muir Hall, according to police. That was the last time she was seen. Flores has long been considered a person of interest in the case.

Denise Smart, 73, still lives in the Stockton area with her husband, 75-year-old Stan Smart. They have two other children, 41-year-old Matthew Smart and 38-year-old Lindsey Smart.

Here’s what you need to know about Denise Smart and her efforts to help solve her daughter’s case and prevent other parents from experiencing similar tragedies:

1. Denise Smart Told the Stockton Record ‘I Wish I Knew When’ the New Developments Would Be Announced, Saying It’s ‘Very Anxiety-Producing’

Denise Smart told the Stockton Record in an exclusive January 18 interview that she was recently contacted by the FBI and was told, “Be ready. This is really going to be something you don’t expect. We want to give you the support you need.” Denise Smart told the newspaper that she was also told by the FBI to secure a family spokesperson and to possibly “get away for awhile” when the news breaks, but she said she was not told when the new development could be made public.

Smart told the Record, “It’s like, ‘Can you give me the flight plan?’ When is this happening? I wish I knew when, because it’s very anxiety-producing.”

The case has seen renewed public interest after a podcast by a local resident, Christopher Lambert, called “Your Own Backyard,” was launched in September 2019.

Denise Smart told the Record, “He has rallied support like no one ever has and brought a lot of those people out of the woodwork. So, he’s obviously made (the sheriff’s) job easier.” She told the newspaper she has a feeling the San Luis Obispo’s Sheriff’s Office was on a positive path. “And then Chris supporting it, I think it’s going to bring an answer. But I wish I knew when,” Kristin’s mother told the Record.

Supporters of the Smart family have rallied to help bring closure to the case on a Facebook page, “Find Kristin Smart.” A candlelight vigil is set for Saturday, February 1, at Santa Rosa Park in San Luis Obispo.

“Please join us in the park, let’s stand together as one to show our support to the Smart family! Kristin will always live on in each one of us! She is your daughter, your grandchild, your friend,” one of the event’s organizers, Marie Inman, wrote on Facebook. “She is anyone you have ever loved! This happened in our community, let’s not let her memory be forgotten!”

Denise Smart worked as a teacher for 30 years, first in Marysville, California, and then in the Lincoln Unified School District in Stockton, according to her Linkedin profile. In 2008 she became a supervisor and instructor for the San Joaquin County Office of Education. Smart helped train new and future teachers in that role. According to her Linkedin profile, Denise Smart was also an instructor and advisor at the Teachers College of San Joaquin. She has since retired.

Denise Smart, a California native, graduated from San Jose State University with a psychology degree. She also studied at the University of the Pacific. Her husband, Stan Smith, is also a retired educator. He worked as a teacher, counselor, principal and, like his wife, helped train future educators.

Denise Smart’s other two children, her son, Matt, and daughter, Lindsey, are now married and Denise is a grandmother. Facebook photos show her and Stan Smith enjoying their lives as grandparents as they continue to fight for their missing daughter.

Denise Smart and her husband, Stan Smart, filed a wrongful death lawsuit against the main person of interest in the case, Paul Flores, in 2002 in San Luis Obispo Superior Court. Legal proceedings in the case have dragged out for nearly two decades with no progress made. The court has ruled each year that the civil case can not move forward while the criminal investigation is ongoing, according to the San Luis Obispo Tribune.

Paul Flores and his family countersued the Smarts for “emotional distress.” That case has also been stalled by the criminal probe.

“There are not enough words in the dictionary to describe the pain of our loss and the heartache we face every day that we live without Kristin and without answers. Kristin deserved so much more than she received from initial law enforcement agencies. Fortunately, we now have active, engaged, and committed law enforcement agencies working for Kristin,” Smart’s family wrote on a website set up to help in the efforts to close the case. “It is a demanding, frustrating and tireless task trying to reconstruct evidence from 21 plus years ago while investigating ongoing new leads. Another layer of pain and frustration is a civil lawsuit brought against our family by the suspect’s mother and her boyfriend for THEIR emotional distress. The layer of burden and frustration is often beyond comprehension and too often overwhelming.” 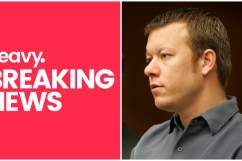 The Smart family helped push for the passage of the Kristin Smart Campus Safety Act in 1998. The law passed by the California Assembly requires campus police to have agreements in place that spells out exactly when an outside agency will be brought in to investigate a possible violent crime, hate crime or sexual assault.

The Kristin Smart disappearance case was not turned over to the San Luis Obispo Sheriff’s Office until a month after she vanished. The outside police agencies were only brought in to assist in the investigation after the Smart family and their supporters criticized the efforts being made by campus police.

Denise Smart and her family started the Kristin Smart Scholarship to help celebrate her life and keep her memory alive. She wrote on Facebook in February 2019, “Do you know an upcoming young woman graduate with an interest in architecture, International Studies, law enforcement or Criminal Justice from San Joaquin or San Luis Obispo County? Please share this info and help us select a young woman who can help carry Kristin’s dreams forward. Kristin loved life, new adventures and challenges. We hope to award this years scholarship to a young woman who is ready to meet new challenges and make a difference.”

According to the family’s website, Denise and Stan Smart say, “The Kristin Smart Scholarship celebrates her life, hopes, dreams and ambitions – by empowering other young women to pursue their ambitions in Kristin’s name. Thank you for your understanding and support, there is no greater acknowledgement of Kristin’s life than allowing us to give back in her name!”

They added, “A new and positive focus allows us to remember the sparkle in her eyes, the smile that melted hearts, her dreams, and ambitions that were always on the table. We know she would be honored to know that she is helping other young women reach their dreams. Your support and donation allows us to cherish our memories of Kristin with the knowledge that her dreams and ambitions will live on, that her life continues to have meaning and she will be remembered. Giving back to the communities whose support has never wavered is an added bonus for our family.”

Donations can be made to the Kristin Smart Scholarship here.

READ NEXT: Woman Admits to Killing Her 3 Young Children: Cops

Loading more stories
wpDiscuz
0
0
Would love your thoughts, please comment.x
()
x
| Reply
Denise Smart is the mother of missing California college student Kristin Smart. She says she was told to be expected for a major announcement in her daughter's case.