Dame Jean Macnamara was a medical scientist and Australian doctor whose contributions to the study of polio are particularly relevant today.

As the world awaits a coronavirus (COVID-19) vaccine, it can turn to medical crises of the past for consolation that the great thinkers of the sciences usually find a cure.

According to Google, Macnamara “applied her tireless work ethic to better understand and treat various forms of paralysis including polio.” It was her work that helped lead to the development of a polio vaccine in 1955, helping put an end to that scourge.

Google has honored her with a Google Doodle on what would have been her 121st birthday. In 2018, when she was honored in Melbourne, her daughter, Merran Samuel said, “Dame Jean was a humble and shy person, who was driven by a sense of duty and service. Educated on a scholarship, she was one of the first two women residents at the Royal Children’s Hospital.”

1. Macnamara Was Born in Beechworth, Victoria

According to Ann G. Smith, writing for the Australian Dictionary of Biography, Macnamara was born in 1899 in Beechworth, Victoria.

Her parents were “Victorian-born.” Dad was a clerk of courts named John Macnamara, and mom was Annie. According to Smith, Macnamara’s parents came from different religious backgrounds. Her father was Catholic and her mother Presbyterian. She was influenced by both but raised in her mother’s religion.

In 1907, Macnamara’s family moved to Melbourne. She won a scholarship to Presbyterian Ladies’ College. She edited the magazine there and her determination and “seriousness of purpose” grew during times of war. She attended the University of Melbourne eventually becoming a “resident medical officer” at a Melbourne Hospital, wrote Smith.

Dr. Dame Jean Macnamara is a world-renowned medical scientist. Her work is known to contribute to the development of the #polio vaccine in 1955. #WomeninSTEM #Vaccine

Macnamara’s graduation from medical school in 1925 coincided with a polio epidemic in Melbourne, according to Google. She was “consultant and medical officer to the Poliomyelitis Committee of Victoria,” according to Polio Place.

As a result, she began focusing her research on polio, especially because it was a problem for children. In 1931, she, and later Nobel Prize winner Sir Macfarlane Burnet, identified more than one strain of poliovirus. This helped pave the way for a vaccine 25 years later, Google reports.

She spent the rest of her life’s work helping children and other polio survivors find treatment and rehab, according to Google.

Macnamara’s work wasn’t only confined to the world of polio. According to Polio Place, she “advocated the necessity for adequate aftercare of disabled persons” and ordered the first Australian artificial respirator.

The site says that she also was an innovator in the areas of “splinting and rehabilitation,” helping paralyzed patients recover. She came up with “ingenious restraining devices,” the site says. According to the National Library of Australia, “She established a surgery in Spring Street, a clinic at Carlton and also conducted country clinics. She recommended the first centre for spastic children, which opened at the Children’s Hospital in 1940. She was recognised as a world authority on infantile paralysis.”

She was married to a dermatologist Joseph Ivan Connor and had two children with him.

4. She Was Interested in a Way to Eradicate Rabbits in Australia 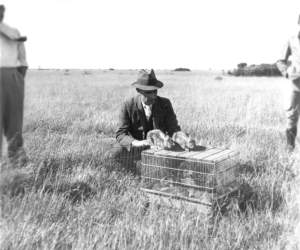 Wikimedia/CSIROIn the early 1930s Dame Jean Macnamara (and others) called for the importation of the myxoma virus to control Australia’s rabbit population.

One controversial aspect of Macnamara’s career: She was interested in eradicating rabbits, considered “pests.”

According to the National Library of Australia, she had come to America in 1933 and felt that “myxomatosis could be used to eradicate rabbits in Australia.”

It didn’t work at first, but she continued to make the point and, eventually, the government in Australia agreed to use myxomatosis “to destroy the rabbit pest,” the library bio reports. According to Rabbit.org, “Myxomatosis is a virus. Wild rabbits can carry Myxomatosis, but do not become sick. Myxomatosis is fatal to domestic (pet) rabbits with a 99% mortality rate, and there is no treatment.” 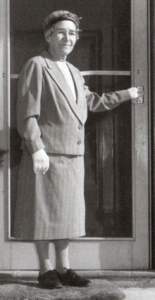 Macnamara died in 1968 in her South Yarra home, according to her obituary.

“In 1935 she was made a Dame Commander and in 1966 she became the first woman to be awarded an honorary doctorate of laws at Melbourne University,” the obit reads.