Judge Brian Crick was named as one of the Kentucky victims of the massive tornado that devastated the western part of the state. He was a married father of three who was respected by colleagues.

The twister cut a deadly path through multiple states, particularly devastating the small town of Mayfield, Kentucky. “The level of devastation is unlike anything I’ve ever seen,” Kentucky Governor Andy Beshear said in a noon press conference. “This will be, I believe, the deadliest tornado system to have ever run through Kentucky.” The governor has said there may be as many as 100 dead in Kentucky alone.

The governor confirmed in a news conference that there were “mass casualties” at the Mayfield candle factory. There were also deaths from the tornado in Illinois and Arkansas.

The Chief Justice of the Kentucky Supreme Court confirmed Crick’s death in a statement posted to Twitter.

“We woke up this morning to devastating news from Western Kentucky, which sustained extensive destruction last night from some of the strongest tornadoes to strike Kentucky in recent memory,” it says.

“Graves County was hit particularly hard, with reports of significant loss of life and property damage. The Graves County Courthouse in Mayfield was heavily damaged, and we have court officials en route to assess the situation and make plans for next steps

The statement continued, “We are especially heartbroken to get the news that District Judge Brian Crick, who served McLean and Muhlenberg counties, lost his life during the storm. This is a shocking loss to his family, his community and the court system, and his family is in our prayers. I have asked our justices, judges, circuit court clerks and AOC managers to try to determine the safety of any court staff in Western Kentucky, and what we can do to help any who need shelter, food or clothing.”

The statement concluded, “Our thoughts go out to all those impacted by this tragedy. We will provide updates about damage to court facilities and what we can do to ensure that court operations continue in the counties affected by this storm.”

Kentucky Supreme Court Justice Michelle Keller wrote on Facebook: “As many of you know, the peace of the Holiday Season has been shattered by devastating storms which ripped through many of our Kentucky counties. Scores of Kentuckians have lost their lives, and loved ones are left in shock and grief. The Kentucky Court of Justice has lost District Judge Brian Crick who served McLean and Muhlenberg Counties. He leaves behind a wife and 3 children. Chief Justice Minton, Director Laurie Dudgeon, Justices of the Supreme Court, elected judges and clerks stand ready to offer comfort and support in any way needed. Some of our employees have lost almost everything they own. Our Court of Justice Family will stand strong for each other and be there for all of our brothers and sisters in the Commonwealth in the coming weeks and months as we mourn and rebuild.”

Crick Described Himself as a ‘Devoted Husband & Dad’ 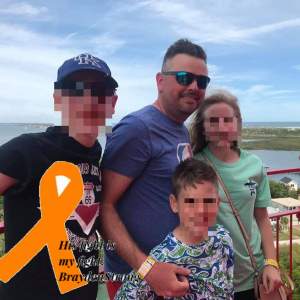 On Twitter, Crick called himself a “devoted husband and dad. District Judge in the 45th Judicial District in KY.” Frick filled his Facebook page with photos of his wife and children.

On Facebook, Crick wrote that he “studied at Salmon P. Chase College of Law,” and “studied Forms of government at Western Kentucky University.” He went to Hopkins County Central High School, lived in Bremen, Kentucky, and was from Nortonville, Kentucky. He listed himself as married. In 2020, he wrote an ode to his wife on Facebook, “Stop by blooms etc today and say happy birthday to by beautiful wife Amanda Payton Crick. Love you babe.”

Crick Was First Elected to the Bench in 2010

According to Ballotpedia, Brian Crick was “a district court judge for the 45th District Court, which presides over McLean and Muhlenberg counties in Kentucky. He was elected in 2010 and re-elected without opposition in 2014 for a four-year term that expired on January 6, 2019.”

The page continues, “Crick was elected to the 45th District Court. He won with 100 percent of the vote due to the withdrawal of opponent Steve Lamb before the general election on November 2, 2010.”

Before that, he was an attorney in private practice and a staff attorney for the Department of Public Advocacy, according to Ballotpedia.

Loading more stories
wpDiscuz
0
0
Would love your thoughts, please comment.x
()
x
| Reply
Judge Brian Crick was named as one of the Kentucky victims of the massive tornado that devastated the western part of the state.