Clayton Osteen and Victoria Pacheco were St. Lucie County sheriff’s deputies in Florida who took their own lives.

A relative will adopt the orphaned child, People Magazine reports. A Facebook post indicated that relative is Osteen’s brother, also a Sheriff’s Deputy.

Osteen died first, and Pacheco killed herself after he was taken off life support. He was a military veteran, and their deaths have left loved ones and the law enforcement and Marine Corps communities heartbroken.

1. Osteen Attempted to Take His Own Life on New Year’s Eve & Was Later Taken Off Life Support

“Today, the members of the St. Lucie County Sheriff’s Office carry the burden of a very heavy heart as we share with you the tragic passing of two of our deputies: Deputy Clayton Osteen and Deputy Victoria Pacheco,” it read.

“On New Year’s Eve, shortly before midnight, our agency responded to a call where we learned that Deputy Osteen, who was off duty at the time, attempted to take his own life. On Sunday, January 2, Deputy Osteen’s family made the very difficult decision to remove him from life support.”

This morning “we learned that Deputy Pacheco, who shared a one-month-old son with Deputy Osteen, took her own life in the wake of Deputy Osteen’s death. Words cannot express the tremendous loss we all feel after losing these two members of our Sheriff’s Office family.”

2. The Sheriff Described Osteen & Pacheco as ‘Young, Ambitious & a Great’ Complement to the Department

As sheriff, Mascara wrote, “I saw these two deputies as young, ambitious, and a great” complement to “my already amazing group of professionals. To the general public, and sometimes even myself, it’s easy to view law enforcement as superhuman..but let’s not forget that they’re human just like us. Law enforcement deal with not only the day-to-day stress we all face but also the stress of those whom they serve in our community, which can sometimes be very challenging.”

He added, “While it is impossible for us to fully comprehend the private circumstances leading up to this devastating loss, we pray that this tragedy becomes a catalyst for change, a catalyst to help ease the stigma surrounding mental well-being and normalize the conversation about the challenges so many of us face on a regular basis.”

According to the sheriff, “We are not taking media inquiries and ask that you pray for the Osteen and Pacheco families as well as our sheriff’s Office family and respect the privacy of those involved during this extremely difficult time. If you or someone you know is struggling with thoughts of suicide, please call 211 or contact the National Suicide Hotline at 1-800-273-TALK (1-800 273-8255).” 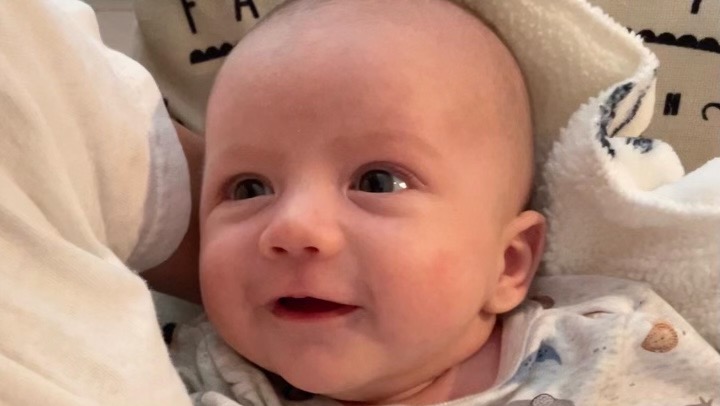 Baby Jayce Osteen was born November 22, 2021 to Deputies Clayton Osteen and Victoria Pacheco of the St. Lucie County Sheriff’s Office. Clayton and Victoria were joy-filled, first-time parents excited about their growing family, enamored with their baby Jayce, and so in love with each other. Tragically, for reasons completely unknown and totally out of character, Clayton took his own life December 31st, 2021. Reeling from the shock of loss, Victoria took her own life two days later.

Deputies Clayton Osteen (age 24) and Victoria Pacheco (age 23) selflessly served the citizens of St. Lucie County, Florida. Clayton was Deputy of the Year, 2020, and was a SWAT team member. Clayton also served in the United States Marine Corps. Jayce’s parents proudly served their country and community. Baby Jayce now needs the support of community and country to help provide for him going forward.

The families of Clayton and Victoria are so grateful for all prayers and support received. A close family member will be adopting Jayce. All donations will be used for enriching Jayce’s life experiences and securing a brighter future.

Ridle wrote on Facebook, “This last week has been one of the hardest of my life. As many of you know, Clayton Osteen was close with all of my boys and like another son to Bob and I. In the early days, Clayton ‘babysat’ Jacob. He later joined the Marines with Collin. Upon his return, Clayton became a SLCSO Deputy with Evan. Then the unexpected, unexplainable actions that led to the worst phone call one can receive just as the ball was about to drop on New Year’s Eve changed the course of so many lives.”

She added, “Our hearts ached for all, but especially baby Jayce who would never know what an awesome, hilarious, thoughtful guy his dad was. Or how much Clayton adored and loved both Jayce and his mommy. Then the unthinkable happened. Two days later Bob called me with the news that Clayton’s love, Jayce’s sweet mommy Victoria, left us in the same manner to be with Clayton……”

The grief is deep and painful. Parents shouldn’t have to bury their children. Brothers and best friends should be called upon for support. Babies should grow up surrounded by the love of their parents. But know my friends, despite this horrendous situation, I’ve witnessed more grace, love, compassion, answered prayers, and even what feels like a few miracles this week than I could imagine even existed among those left behind. We are forever bonded to one another and Jayce.

There is another way to donate to avoid fees: through the Sheriff’s Department. Collin Pratt, who served in the Marine Corps with Osteen, wrote on Facebook, “If you go to this link and put Jayce Osteen in the comment section the donations will go straight to Jayce. This is what the family is asking until the 100 Club is set up. This also avoids having to pay gofundme 10% of donations.”

Ridle also provided that resource for donations: People can donate through the Sheriff’s Department, writing Jayce Osteen with the donation, here.

Osteen served his country in the United States Marine Corps. Pratt wrote on Facebook on January 2, 2022, “Unfortunately, this morning Clayton Osteen passed away. No one will ever know the type of relationship we had and how proud I was of you every day. I wish I could tell you how much I love you. Please share stories, photos, and videos of Osteen to share with his family. I will keep everyone updated on his service.”

Matthew Fagiano wrote on Facebook: “Most of you who are in the Law Enforcement World already have heard about the two St. Lucie Sheriff’s Office (FL) Deputies, Clayton Osteen and Victoria Pacheco, who recently had a baby together, and tragically both took their own lives within days of each other. Their deaths have left behind a little boy, Jayce, who’s only one month old.”

He noted, “My friend Collin Pratt served alongside Osteen in the USMC and reached out to me this am to see if our agency, and agencies around, would be willing to help the family left behind. Osteen’s brother, who is also a St. Lucie Deputy, has taken custody of Baby Jayce and needs help with day to day basics such as diapers, wipes, gift cards to baby stores and food store, etc. Really, anything practical that can help this family raise this little guy.”

5. Osteen Was remembered as a ‘Hell of a Funny Guy’; Pacheco Posted a Photo of the Couple Together on Facebook on the Day He Died 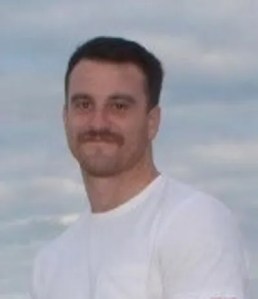 Osteen’s obituary gives his full name as Clayton Archibald Osteen, and describes him as a “father, partner, son, brother, and friend to so many.” He was only 24 years old when he died and a resident of Fort Pierce, Florida.

“Clayton was a Saint Lucie County Sheriff’s Deputy since 2019. In that short time, he became a SWAT team member, Deputy of the Quarter, and was awarded Deputy of the Year, 2020,” the obit says.

“He also served in the United States Marine Corp and led infantry Marines as a non-commissioned officer. Clayton was one hell of a funny guy, someone you could always count on in the time of need, and loved being an uncle. He absolutely adored his significant other and mother of his child. But of all his accomplishments, he was most proud of being a dad.”

According to the obituary, survivors include his “newborn son, Jayce Walker Osteen of Fort Pierce, FL; significant other who passed away a short time later, Victoria Pacheco” and more.

Pacheco updated her Facebook profile picture on the day he died to a picture of them together while she was pregnant. Her cover photo was a picture of their young son.
The obituary for Victoria Lorraine Pacheco describes her as a “mother, partner, daughter, granddaughter, sister, aunt and friend to so many.” She died on January 4, 2022 at the age of 23.

She was born May 29, 1998 in Coral Springs, Florida, the obituary says. It continued:

Victoria was a Saint Lucie County Sheriff’s Deputy since 2020. She was a confident, strong willed, and fearless young woman. She was always up for an adventure. She loved horseback riding, the beach, surfing, camping, hiking, skateboarding, sky diving, and has even swam with sharks multiple times. She was daddy’s little girl and mommy’s angel. She was extremely artistic and loved drawing and music. She loved her fur babies, Soja and Sam. She adored her son, Jayce and significant other & father of her son, Clayton.