Yeah, it’s official folks – Flappy Bird is no longer available through the iOS App Store and the Android Google Play Store. While this may seem like the end of your infuriating playthroughs of this super tough mobile game, know that it won’t be. There’s still some methods and ways out there that will allow you to keep crashing into green pipes and post up your horrible scores through your social media feed.

These are the best ways that will allow you to get your Flappy Bird fix all over again!

If you’re lucky enough to have already downloaded and installed the game on mobile device, then count your blessings! You can still play teh game without a problem. Just make sure you don’t accidentally delete the game. Know that Flappy Bird will no longer receive any new features of fixes to the game’s various bugs if you continue to keep in your mobile device.

Restore It On Your Mobile Apple Device

Remember how we mentioned how you shouldn’t delete the game off of your device if you still have it on there? For Apple users who didn’t take our previous tip seriously, here’s a method that may or may not yield the results you want. You’ll still have the option to re-download the game from the iPhone/iPad “Purchased” section of the Apps Store.

Restore It On Your Mobile Android Device

Someone already discovered the method needed to get Flappy Bird back onto your mobile Android device. It may take some technical know-how to pull this off, but it pays off for those who are desperate to get their hands on this game once again. Follow this step-by-step guide on how to bring Flappy Bird back to Android devices once again (courtesy of Tech FirstPost):

1. In Google search use the string ‘Flappy Bird apk.’ If Google blocks the website, then search for it in Torrent sites and download the file.

2. Go to Settings> Security> Unknown Sources> The Check box shows “Allow installation of apps from unknown sources” — Then select ‘OK’ on the ckeckbox.

3. You can also transfer the file to your SD card and insert it into your Android phone.

4. Go to File Explorer and click the downloaded new file.

5. Now the new file gets installed and there you have the ‘Flappy Bird’ game again on your Android Phone.

Play Some Alternative Games That Are Just Like Flappy Bird

Ever since Flappy Bird became a breakout hit on the mobile gaming charts, there’s been a bunch of games released that look and play just like it. For instance, there’s FlappyDoge for you to play. Instead of commanding a flying bird, you take control of a pup in this version of the game. This free online iteration can only be accessed through a computer, but here’s a list of the mobile games that play just like Flappy Bird: 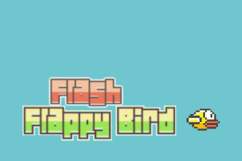 How to Play Flappy Bird Online

Purchase A Mobile Device That Already Holds the Game on It

creator of flappy bird took it down from the AppStore so now if you have it your phone is worth this much pic.twitter.com/B6KZxdB5oO

If you’re truly desperate to play this game on iOS devices, you may want to check if your checking/savings account can handle this huge transaction we’re about to tell you about. There’s apparently people willing to pay into the thousands for iPhone’s that have the Flappy Bird game still installed on it. Some of the bidding prices seen on eBay thus far have gone up to extreme prices (one phone actually went up to $80,300.00!), which probably means your Apple smartphone may be worth some dough if you still have Flappy Bird installed on it.