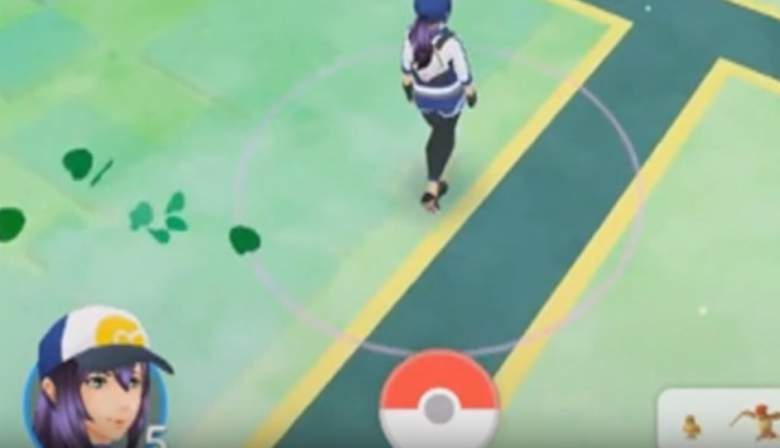 Gamers getting into Pokémon Go this week have been helplessly glued to their phones, but not always just because they’re playing the app. Many are also frantically searching for explanations of some of the game’s most mystifying elements, as Niantic really doesn’t do the best job easing new players into the experience. Catching Pokémon is self-explanatory enough, but what the teams mean is unclear, and so many graphics pop up on the screen from the beginning with virtually no explanation.

For instance, there’s the leaves that randomly appear as the player is exploring the world. What’s up with that?

Here’s your answer: Basically, the rustling leaves are meant to indicate that this is an area on the map where Pokémon will generally spawn. Contrary to what you would assume, the leaves do not necessarily indicate that there is definitely a Pokémon in that area. If you see this graphic on your map, it’s certainly worth heading over to explore, but this is more the game telling you that this is a Pokémon-friendly section of the map rather than alerting you that there is definitely a Pokémon present.

But if you’re looking for some indication of where the Pokémon are, what you’ll want to do is use the rustling leaves indicator in combination with the footsteps marker at the bottom of your screen. At any given time, click the button in the bottom right corner, which contains a silhouetted Pokémon. Pull it up and you’ll get a list of all the Pokémon in your immediate area, with the footsteps representing how far away they are. Three footsteps means the Pokémon is somewhat far away, while one footstep means it’s close.

Using both these pieces of information at the same time can be quite powerful; say, for instance, a Pokémon is shown as being one footstep away, and the rustling grass appears relatively close to you on the map. There’s a solid chance this is where the Pokémon is hiding out. Now, you no longer have to make the trek over to that location only to turn up empty handed.