Along with their PlayStation Experience Expo in December, Sony will be hosting another event in Paris. Paris Games Week 2017 will officially kick off on that day and bring with it a major press conference. Sony dropped some decent game announcements during its Tokyo Game Show 2017 press conference. But with this live streamed presentation, Sony is prepared to drop a few bombshells.

Noting that “E3 was only half the story,” Sony is teasing that a lot of the big titles they’re launching in 2018 will be on display here. Before the official press briefing begins, a special introductory live stream will be shown off to the world. We now know that 21 game updates will be shown during this preview event. Plus it’s been confirmed that seven world premier game announcements will be made for the PS4 and PS VR. Hopefully, we get to see some reveals of DLC content for already released games on the PS4.

If you want to know about the PS4 exclusives that have high odds of being shown during this event, check out the list posted below: 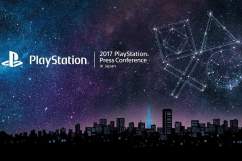