Oathbreakers is the latest Magic: The Gathering format to start picking up steam. In development by a group of players for some time, Oathbreaker is a multiplayer format that shakes up the typical Commander formula. The biggest change is instead of using a Legendary Creature as your general you will use any Planeswalker in the game’s long history. If you are looking for a new, eternal format to get into then Oathbreaker is certainly worth checking out.

Here’s a breakdown of all the information you need to get started in Oathbreaker. 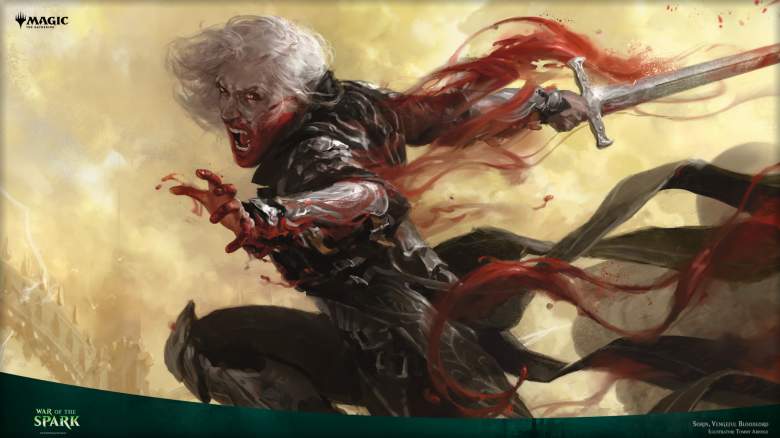 Oathbreaker is a multiplayer format where each player starts at 20 life and uses a 60 card, singleton deck. This means that you can not have any duplicate cards in your deck outside of basic lands. Of your 60 cards, 2 of them need to be your Oathbreaker (Planeswalker Commander) and that general’s Signature Spell.

Any card that uses the word “Commander” in the text will refer to Oathbreaker. (Example: Commander Tower taps for any color in your Commander (Oathbreaker’s) color identity.)

Just like other formats, Oathbreaker has its own ban list that is constantly updated as new cards are introduced. Unlike Commander, Oathbreaker has some pretty notable and staple cards banned due to their sheer power. These include Sol Ring, Doomsday, High Tide, Tooth and Nail, and Ad Nauseum. Additionally, any silver bordered cards are strictly banned, so don’t expect to see anything from the Unglued set show up.

3. How to Play Oathbreaker

To start the game, determine who goes first by rolling a die or whatever ever method your playgroup prefers. If you are playing with more than two people, whoever goes first can draw a card at the start of their first turn. You may only play one land a turn – unless otherwise stated and turns will go in clockwise order. There is no “commander damage” and a player loses the game if their life becomes 0, they obtain 10 Infect counters, or if a card stipulates a loss.

If you are just starting out it can be overwhelming to decide what Planeswalker to use as your Oathbreaker. Not all Planeswalkers are created equal, as some simply offer better utility or abilities that can buff your deck. Unless you are going for flavor, we recommend picking an Oathbreaker that synergizes with your deck’s main goal.

Here are a few Planeswalkers that are great starts for new players or those unsure of who to use: