We’re now at the beginning of Fortnite Season 7 and with it comes a variety of changes to the game.

At first glance, it doesn’t look like a ton has happened, but that’s only if you’re looking at the map. There are plenty of changes that went into this season, but a lot of it involves the loot itself.

For starters, Llamas are no longer non-sentient beings, but instead they’ll wander around and have to be taken down like the wildlife had to have been in Season 6.

If you remember the Bunker Chests from last season and were a fan of them, then you’ll be excited to learn that strong chests like that remain in the game.

They are now called Cosmic Chests and they are among the most powerful in all of Fortnite. Here’s where you’ll be able to find them. 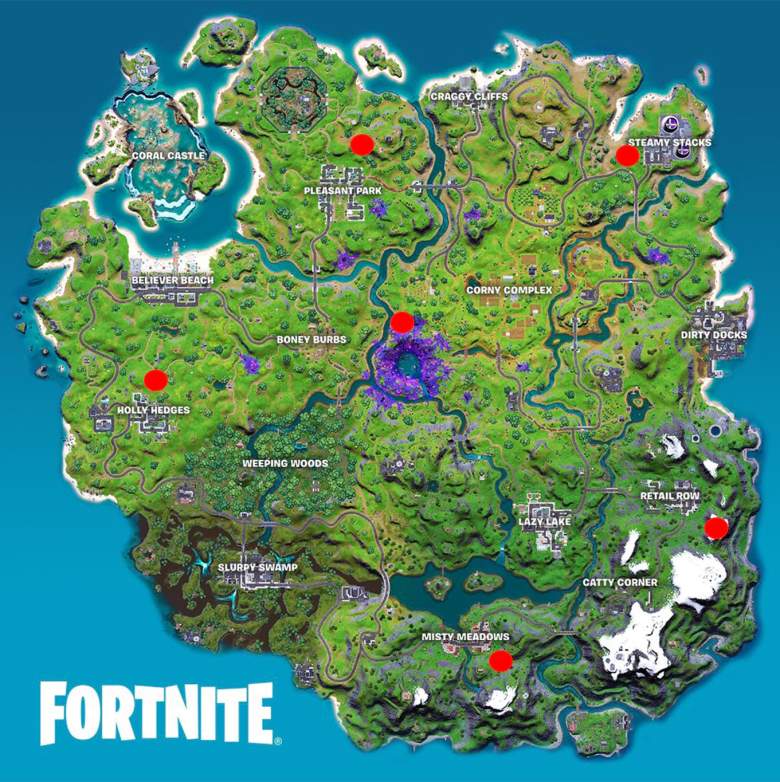 Epic GamesHere are the Cosmic Chests we know about so far.

If these are like the Bunker Chests, the spawns won’t be absolutely guaranteed each match, but you should have a decent chance of finding one if you go hunting.

We’ve compiled many of the spots the chests can spawn, but there are likely even more out there. So far, the map is looking quite lopsided to the right side, so there’s got to be some more spots on the left side.

No, we don’t know why Coral Castle is still in the game. You can look for a chest there if you want.

How to Open Cosmic Chests

It drops insane loot, I'll tell y'all the loot pool of it later today! pic.twitter.com/wFRI3yLObq

If you want to take a look at how the Cosmic Chest works, you can see for yourself in the clip posted by HYPEX.

While it looks like you’ll need an entire squad to crack one of these open, you can easily do it by yourself.

All you have to do is continue to hit the weak spots, so it’s really no different than hitting a tree or a rock. As for what’s in it, HYPEX has us covered there as well.

Infos about the Cosmic Chest

– It drops Alien Artifacts
– It spawns in random open areas
– Only in Duos, Squads & Trios
– Its in Competitive too
– Spawns in first 3 zones after a few seconds delay
– It drops either SMGs/Pistols OR AKs/Scars OR Deagles/Snipers OR Pumps/Tacs

These will be a way of finding Alien Artifacts and extremely powerful weapons such as Scars and RPGS.

It’ll definitely be worth opening these up when you come across them, but they’ll take a long to open, so you’ll want to make sure you’re safe from harm.

HYPEX says you won’t be seeing these in Solos, so don’t go around looking for them in that playlist.

There will be found in the first three zones, so it sounds like as the game goes on, you won’t be seeing them spawn as often, but that’s not really a huge deal. We imagine most players will want to land near these as they can get you started with a strong loadout which could carry you through the game.

These chests are even more important to grab now considering the fact that Llamas are now living things that will be walking around the map. That means they are even more random than they were before, but these chests have set spawns, but they aren’t guaranteed.