Over the seasons, Fortnite has revealed their fair share of villains such as Midas, Galactus and now Dr. Slone.

Just when players think they have things figured out, Epic tends to throw a new wrench into things and show that there’s always a bigger figure behind the scenes pulling the strings.

While Dr. Slone is the head honcho right now, it will surely be someone bigger next season. We haven’t learned a whole lot about the character just yet, but we do know that if she’s controlling the IO Guard, then there’s a lot of unpack for readers of the Batman/Fortnite: Zero Point miniseries.

In Issue #5, it’s revealed that people who escape the loop don’t always go on to live happily ever after. If the new Season 7 villain Dr. Slone is behind all of this, then she could prove to be the most dangerous Fortnite villain yet.

Batman takes down an IO Guard in Issue #5 and unmasks him, only to find out he has the face of Jonesy.

Now, you might recall that Jonesy made a whole big thing about breaking away from working with the baddies, so why would this be him?

Well, there are plenty of skins in Fortnite that feature Jonesy’s face, so that could be an explanation. Another possibility would be that people who escape the loop don’t really get far.

Whatever version of Jonesy that this is could’ve been snatched up as soon as he escaped the loop and then recruited to the IO Guard. This would seem to indicate that nobody ever truly escapes, but that wouldn’t be good at all and it would leave Fortnite with a pretty dark storyline going on.

Then again, we do have aliens just sitting above the island abducting players, so it’s not like the story is lighthearted. 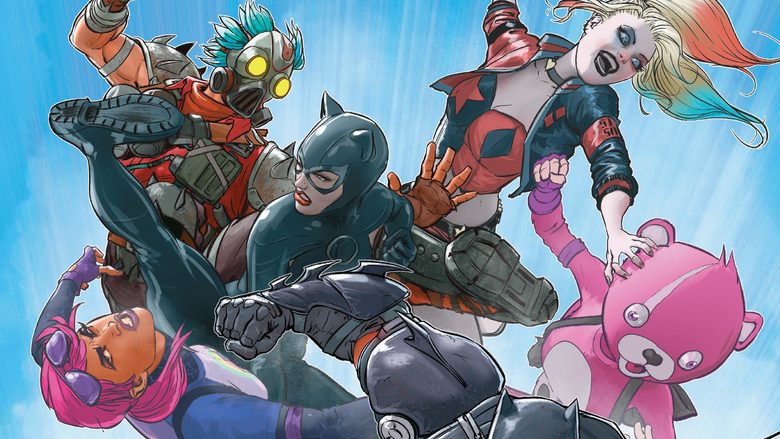 The Batman miniseries took a bit of time to get going, but the last couple of issues have been revealed a lot.

First, we got a look inside of the previously impenetrable bunker, and all of our burning questions about the contents of that were answered.

Then, we finally got some information on how the Zero Point works. It seems to cycle through all of the realities at any given time, which is a great explanation for all of the crossovers that we’ve been seeing recently have been happening.

This means that pretty much anything is possible that Epic can work up, but it comes down to real-world partnerships more than anything. We just know that the Fortnite explanation is already there, so it’s just a matter of securing even more crossovers.

By this point, we imagine fans are tired of the frequent crossovers, something that’s often echoed on social media, but that can all change if the right collaboration arrives.

It’s hard to think of what’s not in Fortnite yet, but we’re sure there are many more franchises that still need representation. A Samus skin would be nice, especially since a new 2D Metroid game was announced.