The start of Fortnite Season 6 has arrived and with it comes a variety of new things to players to experience.

These animals aren’t just here without a reason as they will be needed if you ever want to craft Primal weapons, which is something you’ll want to do if you want to move away from the Makeshift weapons.

While that just about covers the start of the season, there’s still plenty to look forward to on the horizon, including the arrival of Batman.

As part of an upcoming miniseries, Batman will be thrust into the world of Fortnite and it’s expected that he will tie into the actual game at certain points. Early on in the series, he establishes a makeshift Bat Cave, and that could make its way onto the island. 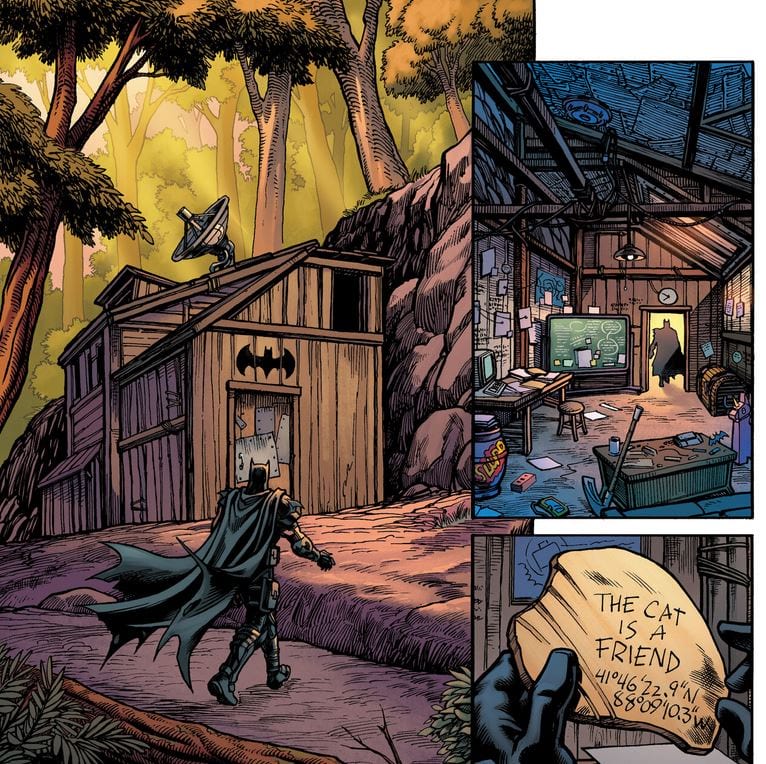 DC ComicsWelcome to the Bat Cave.

Thanks to DC Comics, we have a look at what Batman will eventually build on the island. This is from issue two of the series, and it’s also the same issue where we get a glimpse at what appears to be the Armored Batman style.

Of course, this isn’t the full-blown Bat Cave you’d see back in Gotham City, mainly because Batman doesn’t have those tools at his disposal on the Fortnite island. Instead, he has to work with what’s on the island, but this is his base of operations.

While this isn’t confirmed to be something that will be showing up in Fortnite, there is a possibility.

“I’m sure Donald has considered it and probably talked it over with the game team,” said Batman/Fortnite: Zero Point writer Christos Gage in an interview with Heavy. “That was a sort of way to give him a bat cave while acknowledging the building mechanic that’s part of the game.”

Issue 2, which is when we’ll get this glimpse of the shack, releases on May 4, so that could potentially coincide with an update that adds it to the game.

What Else is Batman Up To?

Epic Games / DC ComicsBatman is tying into the Fortnite universe this April.

Through Batman, we’ll be discovering a lot of the secrets Fortnite has to offer and it’ll be a way to experience the story like never before.

The Season 5 live event gave us a lot of info to chew on for a while, and the upcoming Batman comic will likely give us even more.

There’s definitely a reason Epic decided to work with DC Comics with this story and we’re excited to find out why.

Issue 3 looks like it’ll be when things really kick into high gear as we see Batman come toe to toe with a fearsome foe in Snake Eyes.