One of the coolest additions to Fortnite in Chapter 3 has been the tent because not only can you heal in it, but you can store items for a future match with it.

This only applies to regular matches, but you’re able to put rare and expensive guns into the tent to save for the future. This means that you can get into a game the next day, find a tent, and immediately have your loadout ready to go. It’s an interesting change to the game, but even Epic found some issues with it.

Obviously getting a Gold AR off the bat is extremely powerful, but there are always counters to that. However, Epic decided to draw the line and ban some items from being able to be stored.

All of this came as part of the v19.10 update that released January 18. Epic didn’t announce the changes themselves, but we have a look at them thanks to Fortnite leaker FireMonkey.

Tents Get a Nerf

The following items are blacklisted from being put in a Tent:

You can still put practically any item into the tent to save for another match, but the v19.10 update made it so you can’t put fish of any kind into it. This might be for the best because the fish allow for near instant healing, which can be extremely powerful in a fight off spawn.

All of these give instant shields or instant health, so it would be very annoying to have to fight somebody like this off spawn. This is likely the thought process behind getting rid of the Web Shooters from tents as well. Web Shooters are one of the strongest items in the game, and while you’re able to still land directly on them to get a pair, Epic likely didn’t want you getting a pair on top of also having a full loadout.

If you’re somebody who never stored fish in your tent, then this won’t really mean a whole lot to you, but the change does seem like it was a good one. You’re still able to sit in your tent and heal up, so that feature hasn’t gone anywhere. It’ll be a massive change to those of you who love fishing all game.

Don’t Sleep on the Tents 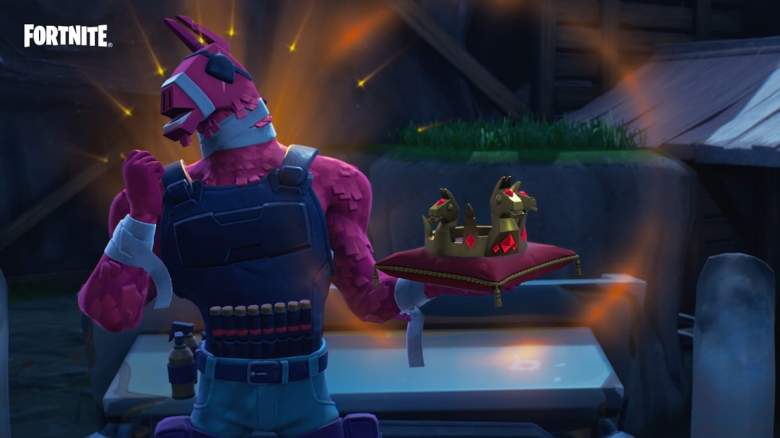 A lot of players haven’t been taking advantage of the tents so far this season and that’s a big mistake.

If you only playing regular games instead of Arena, it’s a very powerful tool to rely on. With Stinger SMGs and MK-Seven Assault Rifles dominating the meta, it makes sense to load up your tent with these guns. You can even put a ton of metal walls into the tent so you have some very durable builds to start a game off.

Tents can be found very easily, so there’s really no reason not to take full advantage of them. Of course you’re still able to easily compete and still win games without them, but why not take advantage of one of the new features of Chapter 3? The tents are there for a reason, so you should give them a chance if you haven’t.

READ NEXT: Fortnite is Already Threatening to Destroy Tilted Towers

Loading more stories
wpDiscuz
0
0
Would love your thoughts, please comment.x
()
x
| Reply
The Fortnite tents got a big change in the latest update.