A Godfall review code was provided by the publisher.

It’s easy to see why Godfall made headlines upon its initial teaser reveal. Excitement around Sony’s next-gen console grew exponentially once Counterplay Games’ looter slasher was announced as the PS5’s very first game. Now that gamers finally have the latest PlayStation model sitting comfortably within their living rooms, they finally have the opportunity to take Godfall for a spin. Unfortunately, the experience as a whole is severely lacking in several areas and far from the killer app many hoped it would be. Godfall promises a world full of grandeur, an epic tale of sibling rivalry, and amazing melee combat. It’s just a bit disappointing to learn that only one of those promises ends up being kept. 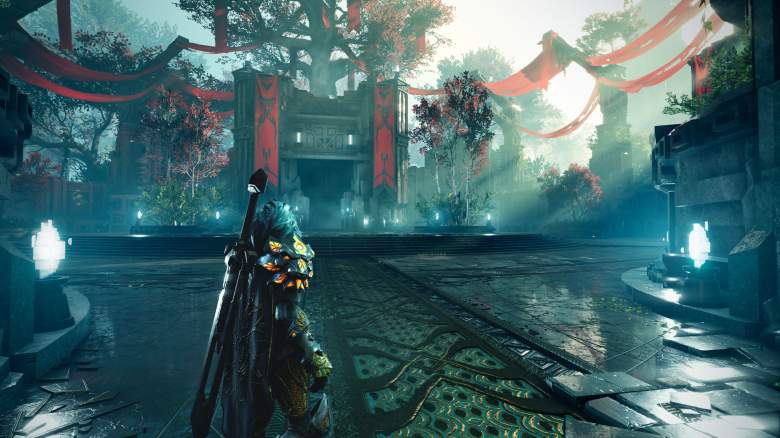 Venturing into the high fantasy setting of this self-proclaimed looter slasher starts out well enough. An epic cutscene introduces you to a realm claimed by a power hungry ruler, who attempts to vanquish his sibling as he looks enact a cataclysmic event. We soon learn that that sibling is still alive and fully prepared to step up once more to eliminate such a lofty threat. Once you finally pick up the controller and step into the first of three elemental realms, you’re treated a visually striking environment that truly looks next-gen. Running around a brightly lit forest full of mysterious structures and big battlefields teases an adventure that has tons of intriguing secrets to uncover. But you’ll soon come to find out that that’s simply not the case.

Godfall’s three main hub worlds may look amazing, but their much too barren and lifeless to truly get invested in. There’s no hidden locales tied to interesting missions to uncover, clever puzzles to tinker around with, or even fun platforming segments thrown in to break up the monotony. All there is to do is run around and seek out devices that activate mundane side tasks that offer nothing but loot collecting and monster hordes to defeat. There’s really no incentive to venture through every nook and cranny within Godfall’s elemental realms – you’ll quickly grow tired of tending to the same repetitive missions while you run around a trio of empty feeling locales. A smattering of NPC’s to interact with would have added a much needed wrinkle to Godfall’s elemental hub worlds. 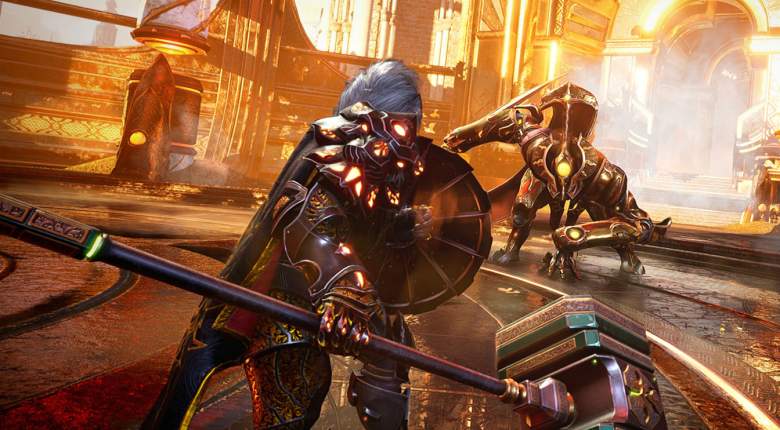 Another area where Godfall falls short is its story. The opening moments present an interesting premise worth following…at first. But as you make your way deeper into the game’s world, you’re treated to a collection of uninteresting characters and a generic narrative that centers on taking down the big boss’ generals before you confront him head-on. Godfall’s world looks incredibly inviting due to its inspired art style and it makes you feel as if some grand story will play out as you explore it. Those elements never come to pass, however – the expansive lore tied to the Godfall universe is buried in menus instead of being incorporated into your active adventure. Simply put, Godfall’s storyline feels completely flat. 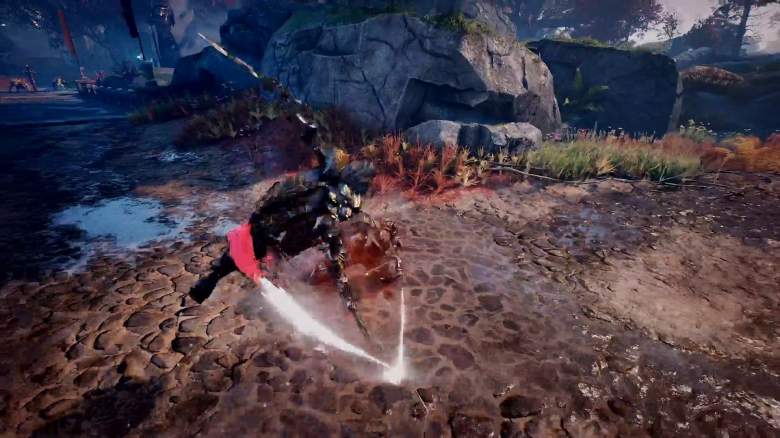 If there’s one thing that Godfall has going for it, it’s definitely its impressive combat, loot, and Valorplate armor unlocks. The game’s five weapon classes (longsword, dual blades, polearm, war hammer, and great sword) present you with a nice variety of melee disciplines to master. Each weapon has its own distinctive feel that’s magnified by the DualSense’s adaptive triggers and haptic feedback features. Godfall’s combat gradually opens up and becomes even more worthwhile as you unlock new abilities, such as a shield bash, follow-up maneuvers that can be delivered after a dodge, combo extenders, etc. Those mechanics shine especially bright during some decent boss encounters alongside your two co-op companions. It’s just unfortunate that Godfall has no matchmaking feature at launch that lets you enjoy its intense clashes with randoms.

The name of the game here is loot and there’s a whole lot of it to get your hands on. The weapons you obtain match their level of rarity via their visual builds. And chances are you’ll probably find yourself addicted to collecting better pieces of other assorted gear. It’s even more gratifying when you finally earn the currency needed to unlock a brand new Valorplate suit of armor – each warrior can rely on a signature ability tied to their beefed-up transformation, which gives you a good enough reason to add each one to your arsenal. Godfall does a bad job of keeping you enthralled from start to finish even though its finer aspects attempt to keep you, however. The repetitive mission structure, bore of a story, and empty world make everything else around it just as uninteresting over time. 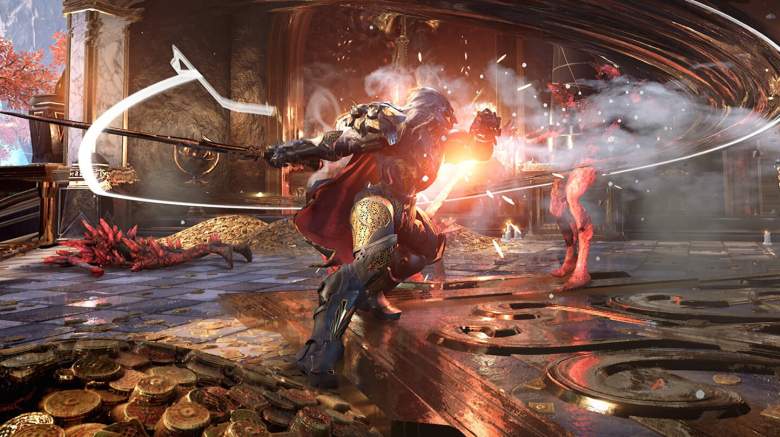 Godfall had a lot going for it. It was unveiled as the very first PS5 release, adopted the moniker of a looter slasher, and looked to be the equivalent of Warframe when it first launched on PS4. Unfortunately, it fails to stand out as a must-play killer app for the newly released PS5. Boredom quickly sets in as you run around gorgeous yet incredibly lifeless locales, embark on tiresome quests, and get treated to a storyline that’s entirely forgettable. Godfall’s quality combat mechanics, healthy offering of cool looking loot, and slick looking Valorplate armors are sadly stuck within a lackluster shell of a game.