Gianni Belvedere, 24, the missing San Diego restaurateur, has been identified as the corpse found in the trunk of Toyota Camry in Riverside, California, on January 17, reports The San Diego Union-Times.

Belvedere had not been seen since the December shooting deaths of his fiancee, Ilona Flint, and his younger brother, Salvatore, in the parking lot of the Mission Valley Mall in San Diego.

His death has been confirmed as a homicide by police in Riverside, California. On January 17, Belvedere’s green 2004 Toyota Camry was found in the parking lot of a mall in Riverside, California. Soon after, cops noticed the foul smell from the trunk, and when it was opened, police discovered the dead body of Belvedere. He wasn’t identified until January 23, through fingerprints, by the coroner. Cops don’t know, or aren’t saying, how long the car was in the parking lot, reports NBC San Diego.

San Diego police did not name Belvedere as a suspect in the killings of Salvatore Belvedere and Ilona Flint, both 22, but listed him as a missing person at risk.

2. He Was Last Seen in the Area Where His Brother & Fiancee Were Murdered

Fox San Diego reports that Belvedere went to the mall with his brother and fiancee on the night of the shooting, the cops are discrediting that information.

The Belvederes had issued a $10,000 reward for information on Gianni Belvedere’s whereabouts.

The three slain victims pictured together in March 2012. (Facebook)

Belvedere registered the name “La Primavera Speciality Foods” in Provo, Utah. Along with his sister, Laura Belvedere, Gianni Belvedere is listed as the owner. The business claims to specialize in “gluten free pizza and pasta.” Members of his family and his late fiancee, Ilona, had shared Primavera’s photos on Facebook, reports ABC San Diego.
` 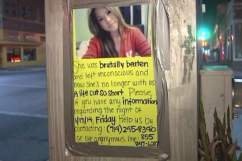 Both brothers previously worked at the family’s restaurant, Mario’s, in Lakeside, California. The business closed its doors in December 2013 and reverted to former owners. Previously, Mario’s had been known as Ottavio’s, which was the name of a restaurant owned by the Belvedere family in Provo, Utah that closed in 2009.

According to The Provo Daily Herald, the family also own Pacific Development, a real estate company.

The Belvedere family are Sicilian, with the slain brothers’ grandfather, Gian, landing in the U.S. in 1950. He launched the family’s first restaurant in San Diego in 1955.

5. 2 Neighbors Noticed Something ‘Odd’ at the Family Restaurant

Emotional vigil for Salvatore Belvedere and family's plea for the return of his brother Gianni @CBS8 at 6:30 pic.twitter.com/pKI5xVqrkF

According to an ABC 10 report, a neighbor who lived close to the restaurant, Emmanuel Sandoval said: “The restaurant is only open Thursday through Sunday – never a car in the lot, all day or night.” Another neighbor, who wasn’t named, said he thought it was closed Mondays thru Wednesdays. When asked though, a restaurant worker said it only ever closed on Super Bowl Sunday. 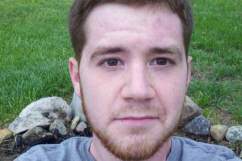 Loading more stories
wpDiscuz
0
0
Would love your thoughts, please comment.x
()
x
| Reply
Belvedere was found dead in the trunk of a car in Riverside, California on January 23.