The voice of Mrs. Wolowitz from CBS’ The Big Bang Theory, Carol Ann Susi, died at 62 from her battle with cancer.

Susi died at 62, early Tuesday morning in Los Angeles after her battle with cancer. Warner Bros. Television, CBS and the show’s producers stated:

The Big Bang Theory family has lost a beloved member today with the passing of Carol Ann Susi, who hilariously and memorably voiced the role of Mrs. Wolowitz. Unseen by viewers, the Mrs. Wolowitz character became a bit of a mystery throughout the show’s eight seasons.

What was not a mystery, however, was Carol Ann’s immense talent and comedic timing, which were on display during each unforgettable appearance. In addition to her talent, Carol Ann was a constant source of joy and kindness to all.

2. She is Best Known For Her Roles on The Big Bang Theory and Seinfeld

Susi played the voice of Howard Wolowitz’s mother on The Big Bang Theory, never actually visible on the show, with only her distinct heard during the sitcom. She also appeared on Cheers, Mad About You, Just Shoot Me, That 70s Show and Seinfeld. Her entire acting resume can be located her on IMDB.

3. Susi Grew Up in Brooklyn

Carol Ann Susi was born in Brooklyn of Italian decent and moved to Los Angeles from New York in the 1970s. Shortly after moving to LA, she played Monique Marmelstein, on ABC’s The Night Stalker. She is survived by her brother, Michael Susi, and his wife Connie, as well as friends.

A representative of Sui’s stated, “A spunky Italian gal from Brooklyn whose passionate interests included Doctor Who, Halloween horror mazes, cooking and the Magic Castle, Carol Ann drew fervent circles of followers. She has a force of nature who didn’t suffer fools and was fiercely loyal to her friends. Known only to a very lucky few, she was a world-class culinary genius who frequently scored blue ribbons at the very competitive cooking competitions at the Los Angeles County Fair.”

4. It’s Unknown How Her Death Will Effect The Big Bang Theory

Currently, it’s unclear how the Susi’s unfortunate death will impact the show. While she was never physically present on The Big Bang Theory, Susi’s Mrs. Wolowitz has been central to this season’s storyline as the shows former comic store owner Stuart, has recently moved in with Mrs. Wolowitz as her nurse and new found friend. This has brought about jealously between Mrs. Wolowitz’s son Howard, who has become jealous of the attention his mother has been giving Stuart over him. Even with her never being a physical presence on the show, her distinct voice will be missed on The Big Bang Theory.

Heartbreaking news. Carol Ann Susi, who was Mrs. Wolowitz on Big Bang Theory, passed away today. She was so lovely. http://t.co/yQTUTHSZpL

As news of her passing spread, Twitter was awash with tributes to the great actress.

I only got to talk with Carol Ann a few times, but she was so kind, and so talented, and so incredibly funny. We lost a good person today.

My heart is broken. I will miss your smile. Your spirit is forever with us. http://t.co/AOmLTEV0ZF

So grateful to have known Carol Ann Susi who brought laughter & light with her always. She'll forever be in my heart. http://t.co/ecSsW7buPQ 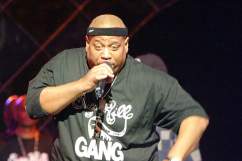 Loading more stories
wpDiscuz
0
0
Would love your thoughts, please comment.x
()
x
| Reply
The voice of Mrs. Wolowitz from CBS' The Big Bang Theory, Carol Ann Susi, died at 62 from her battle with cancer.