Tonette Walker is the first lady of Wisconsin and the wife of Republican Governor Scott Walker, who was elected to a second term Tuesday night.

Scott Walker, first elected in 2010, came to national attention after the massive 2011 protests in response to his Budget Repair Bill and his survival of the ensuing 2012 recall election.

His name is one of those being tossed around in connection with the 2016 Republican Presidential nomination.

Scott and Tonette have been married since 1993 and have two sons, and she is an integral part of his political life. Here’s what you need to know about her:

1. She Comes From a Family of Democrats in Milwaukee

Tonette, born Tonette Tarantino in 1956 in Milwaukee, grew up in a working-class neighborhood of the city.

Her family owned several small businesses in the area, and she was brought up with political views vastly different than those for which her husband has become known.

She said in an interview with Brava magazine that members of her family “were Democrats and they were union people,” but that politics were put aside with her marriage and the birth of her sons.

2. Her Work With Teen Addiction Is Inspired by Her Mother’s Struggles 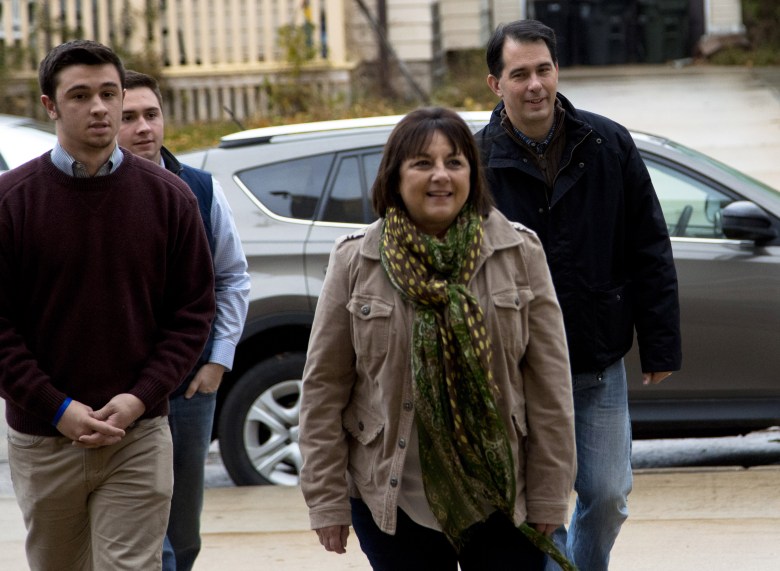 As first lady, Tonette has championed certain causes in Wisconsin, among them the program Teen Challenge, which uses a “Christ-centered, faith-based solutions to youth, adults, and families struggling with life-controlling problems, such as substance abuse.”

After her parents’ divorce when Tonette was 17, her own mother struggled with alcohol and addiction.

The Madison Capital Times quotes her as saying, “Even now, I can still feel some of that pain when I hear these women talking,” referring to those at the drug and alcohol treatment center using the Teen Challenge program.

3. She Worked in the Insurance Industry for 20 Years 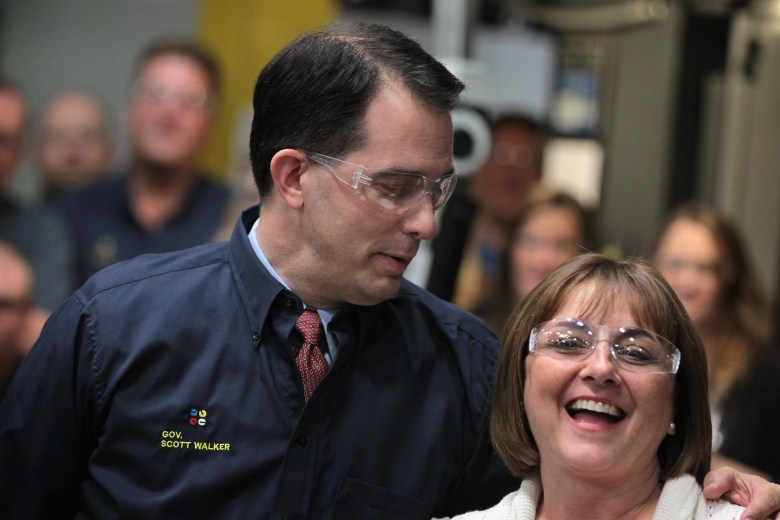 After high school, Tonette began her career with an insurance firm, and remained in the industry for 20 years.

Experiences with her sons’ PTA introduced her to the worlds of fundraising and event-planning, and she parlayed the experience into organizing roles with the American Diabetes Association and the American Lung Association.

She stepped down from her position as special events director with the ALA when her husband was elected governor.

4. Her First Husband Died 5 Years Before She Met Walker

She married her first husband when she was 23, but he died of kidney disease by the time she was 30.

Five years after her first husband’s death, Tonette was at a karaoke night at a barbecue restaurant when she first met Walker, 12 years her junior.

“We saw each other across the room and we were kind of looking at each other. I was waiting and then he wasn’t coming over—and then on his way out, he hands me this napkin. I thought, ‘Well, how rude. This guy is just giving me his trash on his way out!’ But [on the napkin] he wrote ‘Forgive me, I have to get up early in the morning to work but if you’d like to go out with me, call me.'”

5. They Have 2 Sons Together 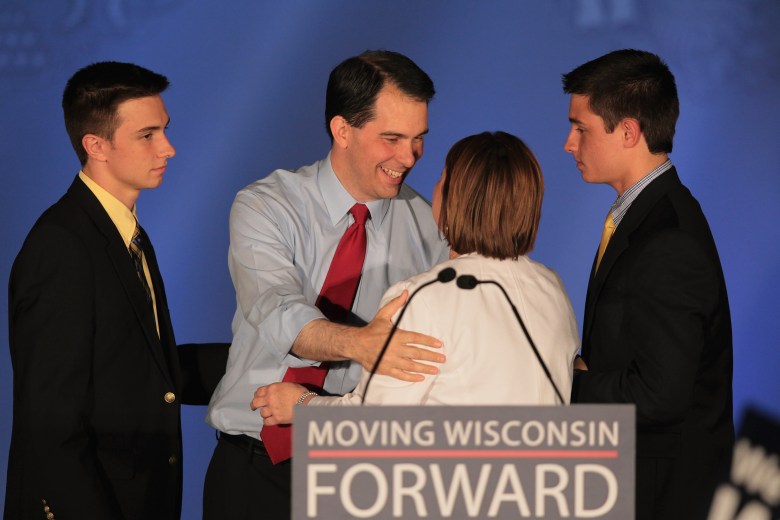 The couple have two sons, Matt and Alex. The governor frequently invokes their names when talking about policies that affect the future generation.

Matt, 20, is Chairman of the Wisconsin Federation of College Republicans, and is prominent in the state as a voice for young Republicans. He attends Marquette University, where his father was a student but didn’t graduate.

Alex, 19, is studying at University of Wisconsin.

Only 13 months apart, the siblings are close, with Alex calling Matt his “best friend and brother” on Twitter. The two share family pictures and tweet supportive messages to both their parents.

Thanks for everything you do for us, mom. Happy Mother's Day!

Both boys posted pictures of themselves with their mother for Mother’s Day, and have been active on Twitter and Instagram for their father’s campaigns. 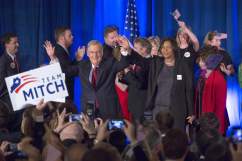 Loading more stories
wpDiscuz
3
0
Would love your thoughts, please comment.x
()
x
| Reply
Tonette Walker is about to begin her second term as first lady of Wisconsin, but there's speculation her husband Scott will make a run at the White House.