One of the two convicted killers who escaped from an upstate New York prison has been killed by law enforcement officers and the other fugitive is on the loose with police in furious pursuit.

Richard Matt was shot dead, the Buffalo News reported Friday. The other escapee, David Sweat, was reported to have been in the area, but hasn’t been captured by cops.

According to police, Matt was gunned down after he was chased into the woods by Border Protection officers. He didn’t fire any shots but was shot when he refused to surrender, said police.

Dozens of officers raced at speeds of near 100 miles per hour towards the location of the shooting just after reports of shots fired, reported ABC.

Confirming the death, New York Governor Andrew Cuomo said at a press conference on Friday night: “I never want to see anyone lose their life but I would remind people that Mr Matt was an escaped murderer from a state prison. Mr Matt killed two people that we know of. Mr Matt killed his boss in a dispute and then dismembered him.

1. Matt Was Shot Dead Near Malone, New York, After he Tried to Hijack a Camper

The News reported that Matt was killed in a shootout near Monroe, New York.

“Matt has been shot, he’s down,” Lenny DePaul, a former U.S. Marshal told CNN. DePaul said he believes the shooting occurred in Malone, New York. “They stuck together,” he said.”They needed each other.”

Matt apparently shot at a driver towing a camper  driving along Route 30 near Malone, a federal law enforcement source said. Authorities first got a call about 1.30 pm on Friday from the motorist who said he’d been shot at.

It wasn’t until the driver of the camper was eight miles down the road that he realized there was a bullet hole, police said at a press conference. Officers then spotted movement at a cabin and smelled gunpowder.

A team from Customs and Border Protection found Matt in the woods and challenged him. When he failed to surrender he was shot.

No police were injured in the shootout, the News reported.

2. They Left Behind Underwear & Other Items With DNA on Them at a Cabin Owned by Corrections Officers

Police search the area around the Clinton Correctional Facility for David Sweat and Richard Matt. (Getty)

A reported burglary led police to a cabin on Thursday in the town of Malone, State Police spokesman Beau Duffy told CNN. Malone is about 14 miles northwest of Mountain View, where another cabin was burglarized.

Evidence found in the Malone cabin was being tested by forensic officers.

Search crews also found evidence left behind by Sweat and Matt at a cabin about 30 miles west from the Clinton Correctional Facility, state police said.

The evidence, which included a jar of peanut butter, prison underwear and bloody clothing, was tied to the two men through DNA, the Plattsburgh Press-Republican reports.

The cabin in remote Owl’s Head, in Franklin County, New York, is owned by a group of New York corrections officers, the New York Daily News reports. . The officers are not suspected of any wrongdoing, as it appears to just be a coincidence that they own the hunting cabin.

3. Second Escaped Prisoner David Sweat is Being Chased by Police

There were reports of a second volley of gunfire as police pursued David Sweat, the other inmate on the run, according to the New York Times.

The fate of Sweat was unclear, but law enforcement was said to be in hot pursuit. Two sets of footprints were said to have been found in the woods, suggesting they had been together.

One prison worker has been arrested in connection with the investigation. Joyce Mitchell, 51, was charged with first-degree promoting prison contraband, a felony, and fourth-degree criminal facilitation, a misdemeanor, police said.

The grandmother was possibly having a romantic relationship with one or both of the men, and told her husband, who also works at the prison, that she planned to pick up the escapees after they got out of the prison. But she decided to back out, her husband told NBC News.

At least two other prison employees, including a corrections officer, have been placed on leave, authorities say, but they have denied any role in the escape. 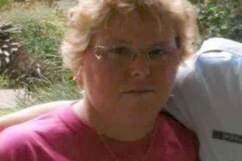 4. They Were Heading For The Canadian Border 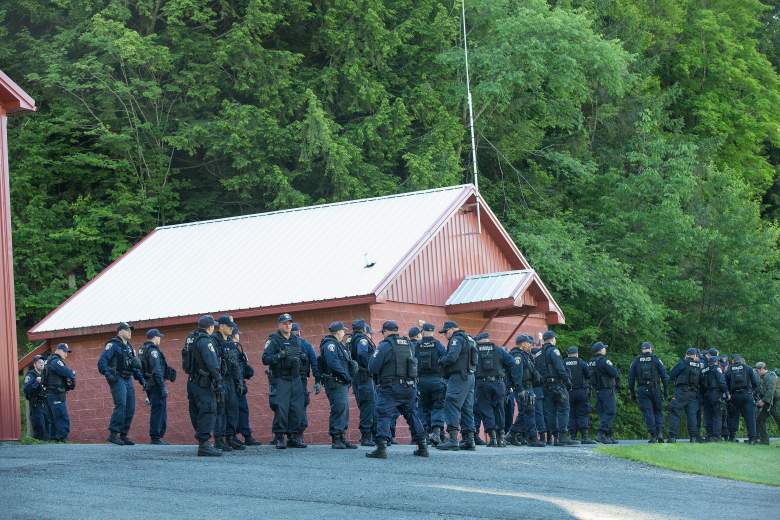 Major Charles Guess, the trooper leading the hunt said on Friday that a “picket line” of officers had been set up on the border to prevent the two men from fleeing the country.

“We have no reason to believe they are in Canada yet,” Guess was quoted as saying by the Daily Mail. “We are operating under the premise that they are still in New York State at this point.”

He added that he had “a high degree of confidence” in his statement that they were planning to leave the U.S. before Matt’s death

David Sweat, 35, was serving a life sentence without the possibility of parole for the 2002 murder of a sheriff’s deputy. Sweat pleaded guilty in the deadly shooting of Broome County Deputy Sheriff Kevin Tarsia in Kirkwood, New York, in 2003, taking a deal to avoid the death penalty, according to Binghamton’s WBNG.

After he was sentenced in 2003, Sweat was moved to the Clinton Correctional Facility, where he was held until his escape. He had previously served time in prison for felony attempted burglary. 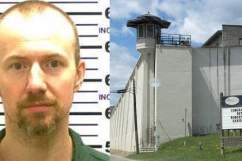 5. Matt Has Killed Twice & Has Made Previous Escapes From Prison

Matt, 48, was serving a sentence of 25 years to life in prison. He attacked his 72-year-old boss, William Rickerson, on December 3, 1997 in North Tonawanda, New York.

Authorities say he thought Rickerson had a lot of money and wanted to steal it from him. He tortured Rickerson, breaking his fingers, and driving around with him in his trunk. He then snapped Rickerson’s neck with his bare hands and dismembered his body before fleeing to Mexico.

He was arrested in Mexico and imprisoned for killing a man outside a bar. He was extradited to the United States in 2007 and convicted of second-degree murder.

Matt had a history of escaping from prisons and other facilities, starting when he was 13 and he took off from a group home, hiding in Allegany State park with food and other supplies from vacation homes, according to the New York Post.

A few years later, he climbed a fence to escape from the Erie County Correctional Facility where he was serving a one-year sentence for assault. He evaded police for four days before he was caught.

He also nearly escaped from a prison in Mexico, climbing onto a roof before he was shot by guards. Authorities also suspect he planned to escape from a county jail during his trial for Rickerson’s murder. 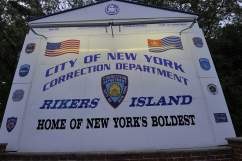 Read more about the death of fugitive Richard Matt in Spanish at our sister site, AhoraMismo.com:

Loading more stories
wpDiscuz
0
0
Would love your thoughts, please comment.x
()
x
| Reply
Richard Matt, one of the two convicted killers who escaped from a New York state prison, has been shot dead by police.