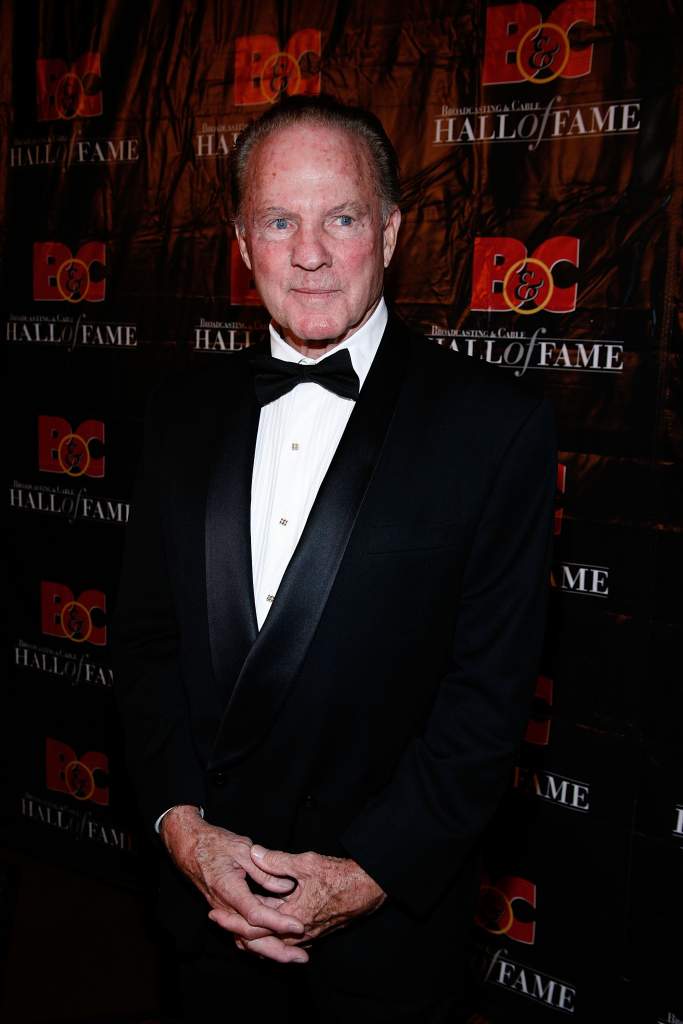 Frank Gifford attends the 19th Annual Broadcasting & Cable Hall of Fame Awards at The Waldorf-Astoria on October 20, 2009 in New York City. He died on August 9, 2015. (Getty)

Frank Gifford, an NFL Hall of Famer, broadcast journalist, and husband of Kathie Lee Gifford, died at 84 in his Connecticut home. He was a New York Giants star football player who successfully moved into a sports broadcasting career after he retired from football. The New York Giants will honor him with a special patch on their uniform, although the patch may not be ready for the pre-season game on Friday. Details about Gifford’s funeral have not yet been released.

1. He Died Suddenly of Natural Causes 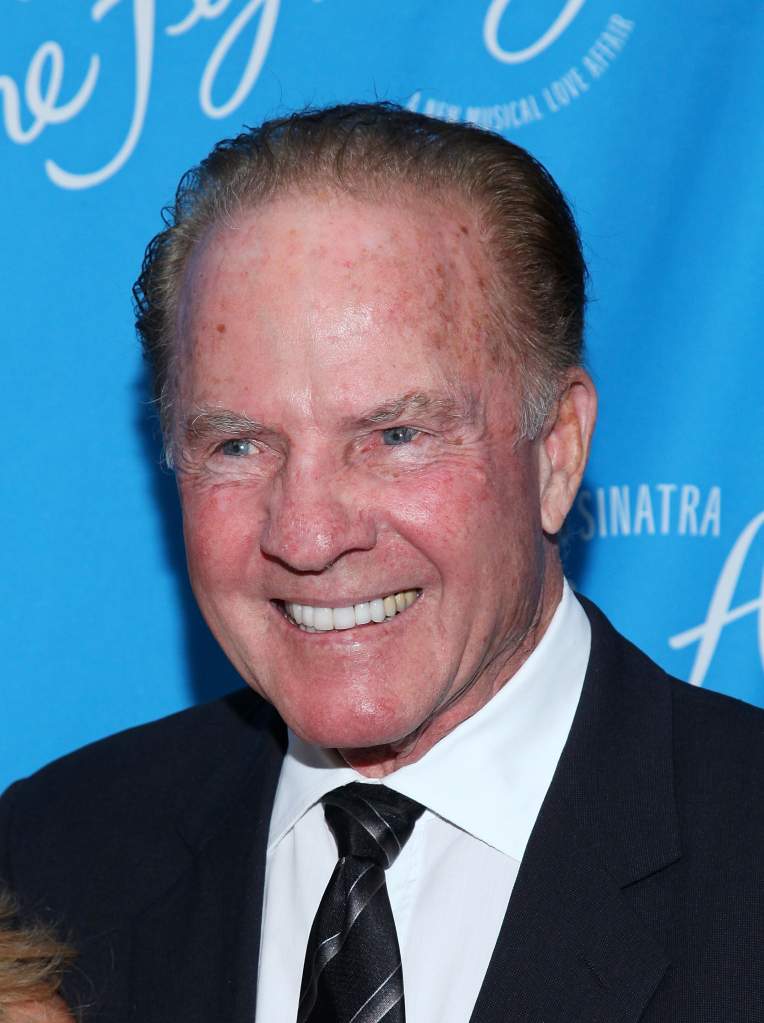 Former professional football player Frank Gifford attended the Broadway opening of “Come Fly Away” at the Marriott Marquis on March 25, 2010. He died in Connecticut on August 9, 2015. (Getty)

Frank Gifford died unexpectedly of natural causes at 84, according to NBC News. His family released a statement that said:

It is with the deepest sadness that we announce the sudden passing of our beloved husband, father and friend, Frank Gifford. Frank died suddenly this beautiful Sunday morning of natural causes at his Connecticut home. We rejoice in the extraordinary life he was privileged to live, and we feel grateful and blessed to have been loved by such an amazing human being. We ask that our privacy be respected at this difficult time and we thank you for your prayers.

Gifford is survived by his wife, Kathie Lee, their son, Cody, and daughter, Cassidy, and two sons, Jeff and Kyle, and a daughter, Victoria, from his first marriage to Maxine Avis Stewart, TODAY News reported.

2. He Grew Up During the Great Depression 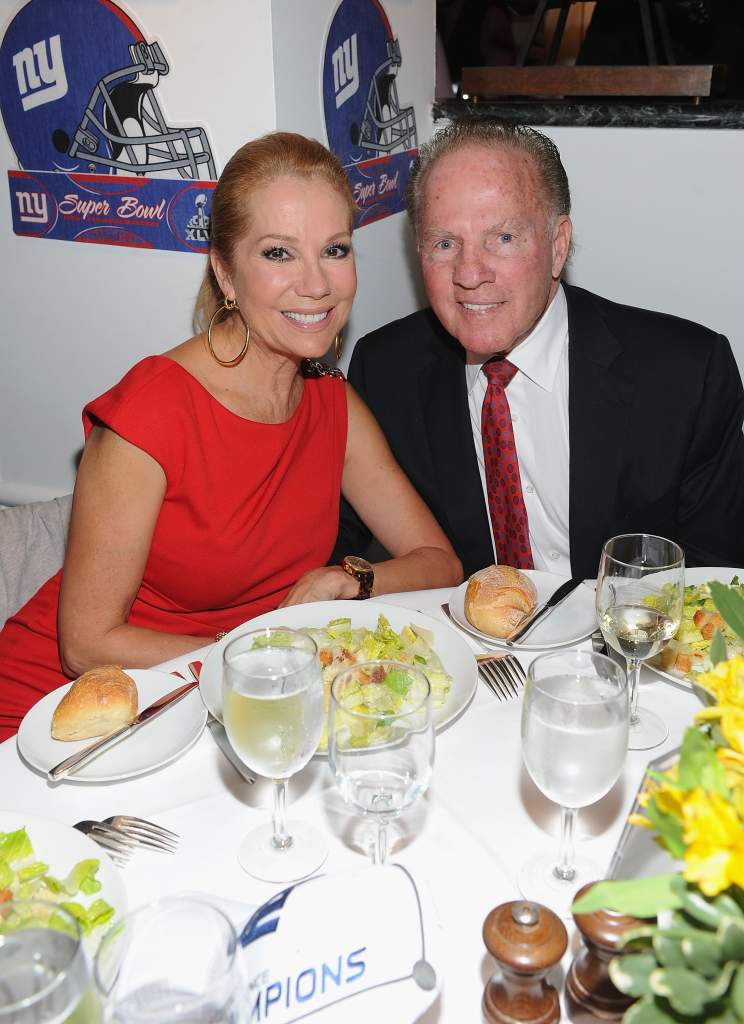 Born Francis Newton Gifford in Santa Monica, California, Gifford grew up during the Great Depression, Variety reported. His family moved around a lot until they settled down in Bakersfield. While at Bakersfield High School, he began honing his skills in football. He was awarded a sports scholarship to USC, where he was named to Collier’s magazine’s All-American team during his senior year.

3. He Played for the New York Giants And Was a Popular Sportscaster 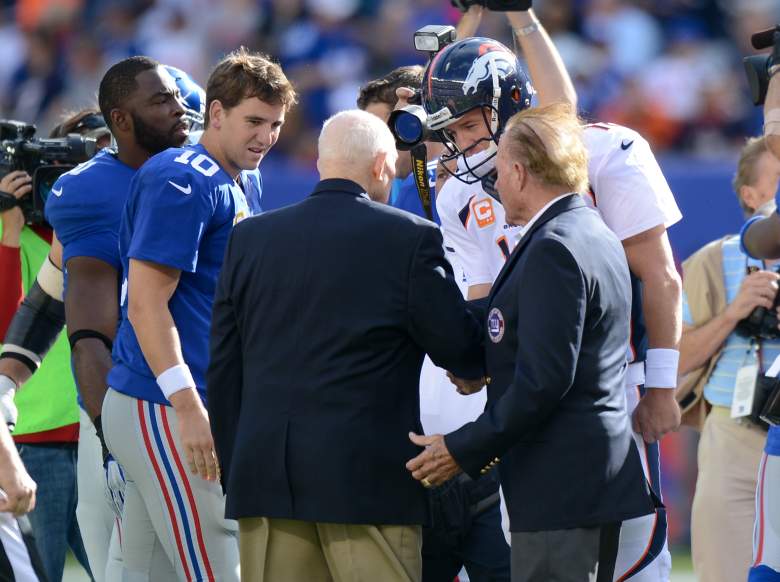 Gifford left college just 12 credits away from graduating when he was drafted by the New York Giants in 1952 as their No. 1. draft choice, Variety reported. While playing football, he made up the credits in night school and finished his degree in 1956. He was almost ready to leave after his first two years with the Giants, a time which he has said was extremely difficult with very low pay. A new coach and new offensive coordinator were hired in 1954 and made him a permanent left halfback, Variety reported. In 1955, Gifford was voted the NFL’s MVP and the Giants won the NFL championship (before it was called The Super Bowl.) He stayed with the Giants through more championships until he had to retire with a serious concussion.

The retirement did not last long, Variety reported, and in 1962 he returned and played for two more years. He made many records, including points and yard gained receiving, touchdowns, and All-Pro eight times. He was inducted into the NFL Hall of Fame in 1975 and the Pro Football Hall of Fame in 1977, Variety reported. He kept the yards receiving record with the Giants of 5,434 yards for 39 years until it was passed in 2003, NBC News reported. His jersey, number 16, was retired in 2000.

He transitioned into a highly successful and popular career as a sportscaster after he retired from football. He first worked for CBS and then co-hosted Monday Night Football from 1971 to 1985, NBC reported. His work as a sportscaster wasn’t his first time on TV or film. While playing for the NFL, Gifford had several small roles in feature films and worked as a product endorser on television. 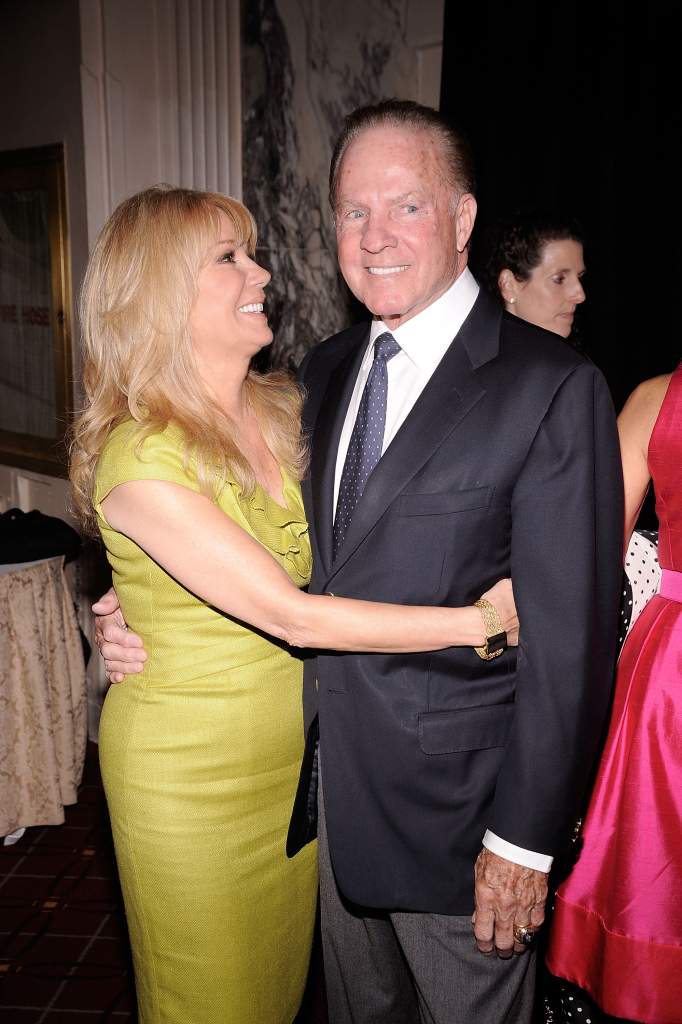 Gifford and his wife, Kathie Lee, were married in 1986. He was married twice before Kathie Lee, firs to Maxine Avis Ewart in 1952 and then to Astrid Lindley in 1978, Hollywood Life reported. He and Kathie Lee met in 1982 while she worked on Good Morning America, Variety reported. When she starred on Live! With Regis and Kathie Lee, she often talked about her family life and Frank Gifford. Kathie Lee Gifford is currently hosting the TODAY show. 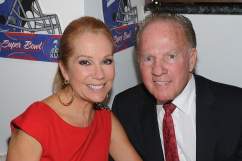 5. The New York Giants Wrote a Touching Tribute to Him

Frank Gifford, one of the greatest to wear a #Giants uniform passed away today. "Once a Giant, always a Giant"

The New York Giants wrote a touching tribute to Gifford on Instagram, saying “Once a Giant, always a Giant.”