A Kansas woman is being accused of first-degree murder after the disappearance of her 7-year-old stepson. Originally, Kansas City cops had accused the boy’s father, Michael Jones, 44, in the child’s death. Authorities said at the time that they feared Michael had fed Adrian Jones’ body to pigs after human remains were found on Michael’s land in a pigsty. Now, cops have turned to charge Heather Jones, 29, with a crime in relation to Adrian’s disappearance and death. The 7-year-old was the only boy of the Jones family’s seven children. Two of those kids were born of Heather, the other five were from Michael’s previous relationship. All have been taken into protective custody.

1. Heather Is Being Held on a Parole Violation Stemming From a 2012 Walmart Robbery Arrest

KMBC reports that Heather “is being held on suspicion of first-degree murder and intentional and premeditated abuse of a child, torture or cruelly beating a child.” She was first picked up on a parole violation stemming from a 2012 conviction she had for shoplifting from a Walmart. KSHB reports that she’s on a 48-hour hold. Her name has not been officially released by authorities in Wyandotte County.

On Thanksgiving, cops in the Piper area of Kansas City discovered human bones in a pig sty at Michael and Heather’s home, reports KCTV. As a result of that find Michael Jones was arrested and accused of first-degree murder. His bail was set at $10 million. On the night of the gruesome discovery, cops had been called to the Jones family home after reports of an armed domestic disturbance, reports KMBC.

3. All of the Jones Kids Were Home Schooled in What Michael Jones Called ‘The Jones Academy’

The Jones Home .(Screengrab via KSHB)

All of the children in the Jones household are home schooled, reports Fox Kansas City. A former nanny, who worked for the family taking care of five children in the house, told the station that Michael Jones referred to it as “The Jones Academy.” The nanny, Patricia Domingue, said that she moved into the family’s home after her 2012 divorce. She described Adrian Jones as “so sweet, and these big eyes just filled with wonderment, very inquisitive and begged, begged for love and attention.” Domingue added that she thought Michael Jones was physically abusive to his children but only ever witnessed one spanking.

4. No Amber Alert Was Ever Issued for Adrian Jones

No missing persons report was ever filed for 7-year-old Adrian Jones. In Missouri, an amber alert can only be issued if a member of a law enforcement organization confirms that a child is missing, reports KSHB.

In an interview with Fox Kansas City that Heather did a week before her arrest, she said that Michael Jones had killed his son during the summer of 2015. 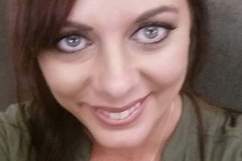 Loading more stories
wpDiscuz
9
0
Would love your thoughts, please comment.x
()
x
| Reply
A Kansas woman is being accused of first-degree murder after the disappearance of her 7-year-old stepson.