Combat Flip Flops entered the Shark Tank in Season 7 debuting their flips flops made of combat boot rubber with a charitable mission behind every pair.

The company was founded by Army Rangers who became inspired to start a company making “cool stuff in dangerous places.” We interviewed Matthew ‘Griff’ Griffin, CEO, who started the company with fellow Ranger Donald Lee. Here’s what he told us about…

How Being in the Military Prepared Him to Run a Company

Resolve: This is something inherent in our community. If you quit, you die. Military veterans have the mindset to see a daring project all the way through to the end, regardless of how tough it gets. There is no other option. The military taught me how to fail. It also taught me how to recover from failure, learn from mistakes and drive forward to accomplish a difficult mission. We’ve failed so many times in this business. And every time we failed, we put on our big boy pants and asked ourselves the difficult question, “Why did we fail?” We wrote down the reasons, made a plan to not make those mistakes in the future, and then got moving again. There’s a great adage in the military, “Knowledge is gained through experience. Experience is gained through failure.” Every time we failed, we knew that it was an experience and that we would be better for it in the end.

Caught this guy eyeing my AKs. He was like, "are those bullet casings on your kicks." I said, "yes," so he got it the boat and came home with us. #CombatflipFlops #adventure #fishing #marlin #kalshnikov #kalishlife #kalishlove #kalishlifestyle #Ak47

Lee and I met in our team room in the Ranger Regiment. We’ve been through it all together, marriage, war, children, transition, small business and failure. Lee is the most honest, crude and faithful friend I’ve ever had. Ride or die, I know he’ll be there. As for Andy, our wives are sisters, so we’re brothers in law. The relationship was made on a 2-foot powder day; the man is a boss on a snowboard. Andy is the quiet force in the background of CFF that makes it happen operationally. He runs the show. And we will be adding more staff. The hiring process will be a mix of Ranger Assessment Selection, Men in Black mind tricks, and Training Day. This mission is not for the weak or fainthearted. Posers need not apply.

Getting the Call From the ‘Tank’

The producers found us. We’ve been doing our best to spread the message via online media channels and they saw an article on Combat Flip Flops. The call came from a California number at 11 on a Tuesday night and went to voicemail. I listened to the message and it was a producer. They liked our vibe and wanted us to pitch to the Sharks. An invite to be on the number-1 family show in America. A chance to spread our message to millions. We recognized the opportunity and ran with it.

Being Prepared to Face the Sharks

Nothing gets accomplished with a focus on fear. We made a plan, knew our numbers inside out and rehearsed for weeks on end. We felt at ease going into the Tank. The Sharks are people just like us. They have families, employees and know the influence businesses have on communities. We needed to make the connection, communicate the mission and make them feel comfortable with the seriousness of those driving the company. Nervousness would have deterred from our goal.

If you want them, get them now. Poseidon's not in the #2016 lineup. They're on sale now. Get them while you can.

Our goal is to ensure the sacrifice made by our service members, their families, and taxpayers makes a long term, positive impact on Afghan lives. If you read the history of Afghanistan, there has not been an invader or foreign presence that left the country better than they found it. As Americans and the international community, we can make history in this manner. As a company, we don’t think that flip flops are going to change the course of Afghanistan. We may be able to provide an example to other businesses, help change trade policy toward Afghanistan and create a repeatable model that can be followed. RTLW [Rangers Lead the Way]. 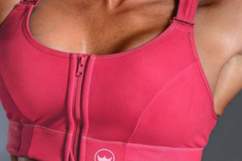