Celebrated author Harper Lee passed away in her hometown in Alabama on February 19 at the age of 89. Officials in the town of Monroeville confirmed the sad news to AL.com. Lee helped to put the town on the map as it became a tourist draw following the success of To Kill a Mockingbird in 1960. Though the novel was set in the similar “tired old town” of Maycomb.

Lee was from a prominent family in the town, her father was a lawyer, similar to the protagonist Atticus Finch. She was the youngest of four children, one of her sisters went into a law, another became a reporter for the local paper and her brother was a war hero.

1. Her Father Was a Lawyer in Alabama Who Once Defended 2 Black Men Against a Murder Charge; the Men Were Hanged

One online profile for Lee talks about her father, Amassa Coleman Lee, aka A.C. The bio says that he “adored” Lee. A.C. was the son of a Civil War veteran and had been raised in a strict methodist fashion. Prior to becoming a lawyer, A.C. worked as a teacher, newspaper editor and bookkeeper.

Her mother, Frances Cunningham Finch, married Lee’s father when he was 30 and she was 19. The biography says that Frances suffered from an undiagnosed “manic depression” and therefore was “emotionally inaccessible” to her children.

In preparation for Lee’s follow-up novel Go Set a Watchman in 2015, the Wall Street Journal reported that A.C. had defended two black men in court over a murder charge following a robbery gone wrong. The men were convicted and hanged. That Journal piece adds that up until the late 1950s, A.C. had been a segregationist and did not believe in black and white races mixing.

He passed away in April 1962 and saw some of the success his daughter enjoyed with To Kill a Mockingbird.

2. Her Brother Died in His Sleep After Returning From World War II

Lee’s sister, Alice Finch Lee, wrote in the Guardian that the author’s brother, Edwin, was the second oldest child in the family. She adds that he enlisted as a pilot in World War II. He passed away in 1951 having been called back up to the services. Edwin Lee suffered a brain aneurism while waiting to see where he had been reassigned to. He was 31.

The Auburn Villager reported in 2015 that Edwin had studied industrial engineering at Auburn University. A 2010 piece in the Los Angeles Times speculated that Edwin was the basis for Jem in Mockingbird.

3. Her Sister Followed Their Father Into Law & Went on to Represent Lee in Court

Lee’s sister Alice Finch Lee died at the age of 103 in 2014, according to an obituary for her in the Los Angeles Times. That tribute says that she followed her father into law and practiced in Monroeville until she was 100 years old. In 2012, Alice had her 100th birthday party at her offices, Barnett, Bugg, Lee & Carter, in Monroeville.

She told the Guardian in 2012 about an interaction she had with her father after she passed the bar exam in 1943 where Alice said, “How is a small town going to react to a woman in a law office?’ There were not many around those days. And my father smiled and said, ‘You’ll never know until you try.”

Alice would represent her sister and helped to fulfill Lee’s wish of remaining out of the spotlight. She would regularly respond to request for interviews with a “Hell no!” according to the Times. When asked in 2002 why her sister never wrote another novel, Alice told the Daily Telegraph, “When you have hit the pinnacle. How would you feel about writing more? Would you feel like you’re competing with yourself?” Like her sister, Alice never married nor had any children.

Lee’s other sister, Louise, died in Florida in 2009. Her obit reads:

An Auburn Villager piece on the family from 2014 noted that Louis was a “respected journalist whose writings appeared in many Alabama and Georgia daily newspapers. She kept everyone informed about her neck of the woods.”

A BBC feature on Lee said that To Kill a Mockingbird sells between 750,000 and 1 million copies every year. During the first six months of 2009, Lee was earning $9,249 per day. The website Celebrity Net Worth puts her net worth in 2016 at $35 million.

5. The Closest Lee Ever Got to Love Was an Unrequited Crush on a Literary Agent, According to a Biographer

Lee never married nor had any children. The 2007 biography of Lee, titled Mockingbird: A Portrait of Harper Lee, said that she had a crush on married literary agent Maurice Crain. The book’s author, Charles Shields, believed that Lee was shy. In their review of the book, the Daily Mail wrote, “Her mannish haircuts and hatred of make-up led to speculation that she was a lesbian.”

A Vanity Fair feature on Lee’s work said that it was Crain who encouraged her to try writing a novel after reading her short stories. Crain was married to fellow agent Annie Laurie Williams. 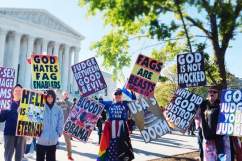 Loading more stories
wpDiscuz
11
0
Would love your thoughts, please comment.x
()
x
| Reply
Author Harper Lee passed away on February 19. Here's the fascinating story about how her family influenced To Kill a Mockingbird.