AquaVault entered the Shark Tank in Season 6 with their portable/attachable safe that is meant for the beach or pool so you don’t have to worry about your valuable belongings.

As they go Beyond the Tank, we caught up with the men behind the vault- Avin Samtani, Jonathan Kinas
and Robert Peck- to see how the company is doing since clinching a deal with Daymond. They noted that their Beyond the Tank episode will focus on “the financial constraints that come with expanding a product line and the intricacies involved when negotiating with large companies.”

Since their Tank debut, they have not only sold tens of thousands of AquaVaults, but also landed an account with Norwegian Cruise Lines, making the vaults available on their ships and private islands. (See picture above.) “The Norwegian partnership has been great,” the men explained. When we initially formed the partnership, we all agreed that having Daymond create a custom video clip of the AquaVault, which would be played in every single state room, should be a tremendous way to promote our product on their ships.”

Another collaboration they’ve secured is with Wet n Wild water parks, who offer multiple AquaVault products to their guests. “We hope to continue with the expansion of our product line throughout all of their parks,” they said.

And as for having Daymond as a partner, they are grateful for his guidance:

He provides valuable insight on certain situations that only a veteran would completely understand. Having complete access to him and his team is something we do not take for granted. During times of uncertainty, he has a way of pointing us in the right direction and preventing us from potentially making critical mistakes.

The future plans for AquaVault are coming along rather swimmingly. They’ve introduced new products- a waterproof phone case, packable pails and a flex safe made of nylon- that can all be pre-ordered. “Based on the level of interest we have seen in the past few weeks, the future looks very promising,” they agreed. 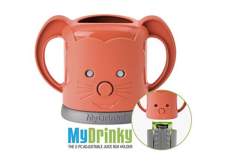 Loading more stories
wpDiscuz
0
0
Would love your thoughts, please comment.x
()
x
| Reply
AquaVault got a deal with Daymond in the Shark Tank for their pool and beach safes. As they go Beyond the Tank, Heavy interviewed their team.