Donald Trump quickly took to Twitter to react to the terror attack at the Istanbul Airport in Turkey on Tuesday. At least 41 people were killed after multiple explosions went off at the airport.

“Yet another terrorist attack, this time in Turkey. Will the world ever realize what is going on? So sad,” Trump wrote. “We must do everything possible to keep this horrible terrorism outside the United States.”

Our prayers are with the families of those killed and injured in Istanbul. The whole world is stunned and horrified.

The terrorist threat has never been greater. Our enemies are brutal and ruthless and will do anything to murder those who do not bend to their will. We must take steps now to protect America from terrorists, and do everything in our power to improve our security to keep America safe.

Trump’s comments came after at least two suicide bombers set off explosions at Ataturk Airport, the largest in Turkey. Police tried to stop them before they reached security, but they still set off the explosions, an official told Reuters. 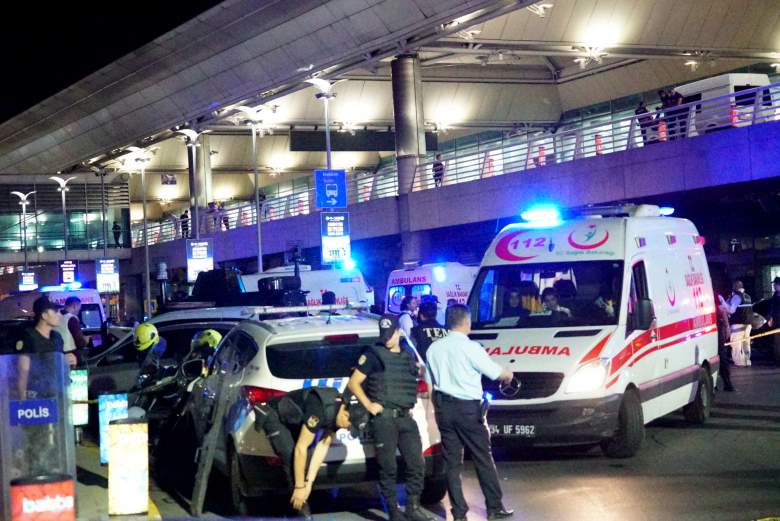 Police respond to the explosions at the Ataturk Airport. (Getty)

Yet another terrorist attack, this time in Turkey. Will
the world ever realize what is going on? So sad.

We must do everything possible to keep this horrible terrorism outside the United States.

ISIS exploded on Hillary Clinton's watch- she's done nothing about it and never will. Not capable!

Istanbul provincial governor Vasip Sahin told NTV that at least 28 people were killed, Fox News reports. Sahin said that officials believe there there might have been a third attacker since a third explosion was heard.

CNN reports that Turkish Prime Minister Binali Yildirim has confirmed that at least 36 people were killed. He also said that “signs point” to Daesh, another name for ISIS, as responsible for the attack, although the investigation is still ongoing. No group has claimed responsibility for it yet. Officials said that 147 people were also wounded.

Over 60 million passengers went through Ataturk Airport last year and it is the third-busiest airport in Europe. Turkey has also been the site of several recent ISIS attacks, including a car bomb that killed 11 people earlier this month.

CCTV of police shooting an #Istanbul airport attacker before he detonated himself https://t.co/THLoYJ9LfS pic.twitter.com/7Y2ARwhH58

Trump has a history of responding to terror attacks on Twitter within moments of them happening. Trump also urged “toughness & vigilance” after the Orlando Pulse nightclub shooting. “Appreciate the congrats for being right on radical Islamic terrorism, I don’t want congrats, I want toughness & vigilance. We must be smart,” he wrote.

In May, Trump rushed to judgement on EgyptAir MS804, which crashed in the Mediterranean Sea on May 19. He tweeted that it “looks like yet another terrorist attack.” However, just this week, Reuters reported that the Paris prosecutor is investigating it as “involuntary homicide” and not looking into terrorism as a possible cause.

Looks like yet another terrorist attack. Airplane departed from Paris. When will we get tough, smart and vigilant? Great hate and sickness!

After the attacks in Brussels in March, Trump also said that the U.S. has to be “vigilant and smart.”

Do you all remember how beautiful and safe a place Brussels was. Not anymore, it is from a different world! U.S. must be vigilant and smart!

Despite Trump’s hardline stance on terrorism, a new Washington Post/ABC News poll found that only 39 percent of respondents trust Trump when it comes to terrorism, compared to 50 percent for Hillary Clinton. 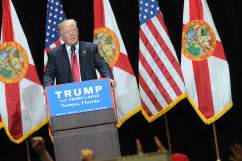 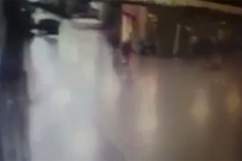 WATCH: Suicide Bomber Is Shot Then Detonates Self at Istanbul Ataturk Airport

Loading more stories
wpDiscuz
4
0
Would love your thoughts, please comment.x
()
x
| Reply
Donald Trump returned to Twitter this evening to comment on the terror attack in Istanbul that left at least 28 people dead.