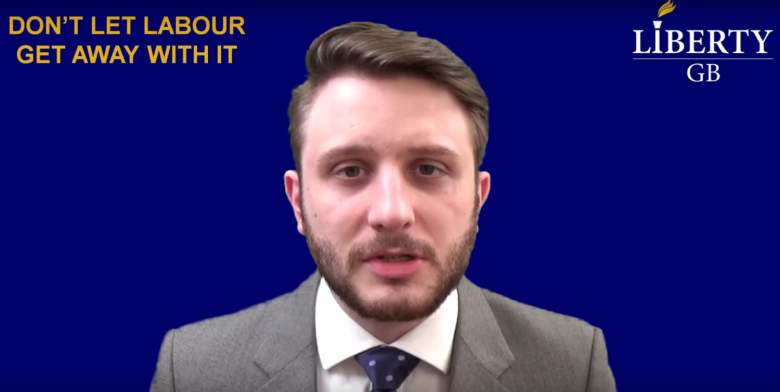 Jack Buckby is the only politician running against the Labour Party to replace Jo Cox. (YouTube)

Jack Buckby, a former member of the far-right British National Party (BNP), will run in the by-election to decide who will succeed Jo Cox to represent the Batley and Spen constituency in the House of Commons.

Cox, a member of the Labour Party was murdered on June 16. While the other main parties in the U.K. have decided not to run a candidate to replace her, Liberty GB announced that it will have a candidate – Buckby. A date for the election hasn’t been set.

Buckby, who is Liberty GB’s press officer, has been criticized for the move and has been quick to defend himself on Twitter. His party insists that the welcoming of immigrants to the U.K. ultimately lead to Cox’s death and even blamed her own party for it. Liberty GB also pushes for Britain to leave the European Union and wants to stop the “Islamisation” of Britain. Buckby also argues that not letting voters chose a new candidate in a competitive election is undemocratic.

Here’s a look at Buckby’s career.

1. Buckby Was Once Considered a BNP Star, but Left Because Party was Becoming ‘Racist’

Buckby, 23, quickly rose the ranks of BNP and was even considered a possible successor to the party’s leader, Nick Griffin. However, he left the party in 2013 because it was becoming “racist,” reports The Independent. He then joined Liberty GB.

In an interview with Vice in 2013, Buckby said that he got involved with BNP while in high school. He saw Giffin on television and was surprised that he agreed with some of Griffin’s beliefs.

2. Founded the National Culturists at University & Was Inspired by U.S. Tea Party Movement

While studying at the University of Liverpool, Buckby founded the National Culturists, a movement he began after he spoke with Brooklyn Tea Party founder John Press, the author of Culturism. This is an idea against multi-culturism, which Buckby is still opposed to. Last year, Liberty GB released a video in which he called multiculturism “impossible.”

“Britain isn’t multicultural,” Buckby said in his 2015 video. “I know this because of two reasons: one, multiculturism is impossible and two, because of the mess our society is in.” 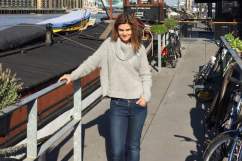 3. Buckby Was Kicked Out of University After Protesting a Muslim Speaker

Buckby told Cafebel in 2014 that he was kicked out of the University of Liverpool for protesting a Muslim speaker who was going to talk about the murder of Lee Rigby, the British soldier who was killed by Michael Adebolajo and Michael Abedowale, two men who converted to Islam. Buckby claimed that the speaker was going to justify the murder.

“I opposed that which was one of the reasons I got kicked out,” Buckby told Cafebel. “I’m hear­ing other stu­dents as well are being given classes on mul­ti­cul­tur­al­ism and being told, ‘equal­ity and di­ver­sity is the rule. You must ac­cept these val­ues or leave.’ But the other side of the ar­gu­ment is not being taught. As long as this goes on, peo­ple like me are going to be called ‘fas­cist’ when in re­al­ity I’m cer­tainly not a fas­cist.”

Buckby said that he was never violently attacked for his beliefs, but did face death threats in Liverpool. 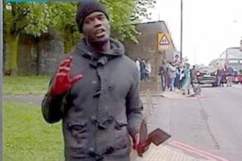 After the Orlando mass shooting, in which Omar Mateen killed 49 people and wounded 53 others at a gay nightclub, Buckby went on a Twitter rant. He called the attack “an act of collective suicide” and that LGBT leaders “provided the cyanide pills.”

The #OrlandoShooting was an act of collective suicide, and the politicians and Islamophile LGBT leaders provided the cyanide pills.

Sick of all these crocodile tears from leftist and LGBT groups. YOU are responsible for the murder of over 50 gays in Orlando.

Buckby also made a video, in which he argued that leaders like U.S. President Barack Obama and U.K. Prime Minister David Cameron are responsible for pushing Islam as a peaceful religion. Buckby posted the speech with the image of the Palace of Westminster burning behind him.

The leader of Liberty GB is Paul Weston, who made the above video in 2013 to explain why so many people call him a racist. Weston and Buckby will have to work hard to get him actual support in the race for Cox’s seat, since the Liberty BG party had just 418 votes in the 2015 General Election. The Labour party won the Batley and Spen constituency in 2015 with 43.2 percent of the vote.

Liberty GB is also for the U.K. leaving the European Union. Buckby explained his support for Brexit in a video on June 13, in which he explained the history of the EU in five minutes. The refurrendum is set for June 23. 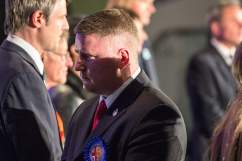