Robert F. Kennedy Jr. is an environmental activist, author, and attorney. Earlier this week, he released a book in which he attempts to prove his cousin, Michael Skakel’s, innocence for the 1975 murder of 15-year-old Martha Moxley. Want to learn more about his role in the case, and why he has fought so hard to prove Skakel’s innocence?

1. He Believes He Knows Who Killed Martha Moxley

Kennedy Jr. has released many controversial books and articles about the death of 15-year-old Martha Moxley. In 2002, his cousin, Michael Skakel, was arrested for the murder of the Greenwich teen, but in 2013, he was released on a $1.2 million bail after a judge ruled that he had received an unfair trial.

This week, Kennedy Jr. released a book titled Framed: Why Michael Skakel Spent Over a Decade in Prison for a Murder He Didn’t Commit, in which he claims to know who is responsible for Martha’s death– two Bronx youths who were visiting the area that night.

The Boston Globe writes, “Kennedy, a former prosecutor, dissects the case witness by witness, suspect by suspect, and lawyer by lawyer.” Kennedy Jr. doesn’t believe that the right questions were asked when the case was investigated the first time, and that his cousin was put behind bars because of his relation to the Kennedy family– not because he was truly guilty of the crime.

The two teenagers that Kennedy argues committed the murder are Adolph Hasbrouck and Burton Tinsley. Gitano “Tony” Bryant– Koby Bryant’s cousin and a former friend of the duo– was with Hasbrouck and Tinsley the night that Moxley was killed. He claims they “boasted to him in graphic detail of having committed an assault ‘caveman style'”.

2. He Has Been Arrested for Heroin Possession 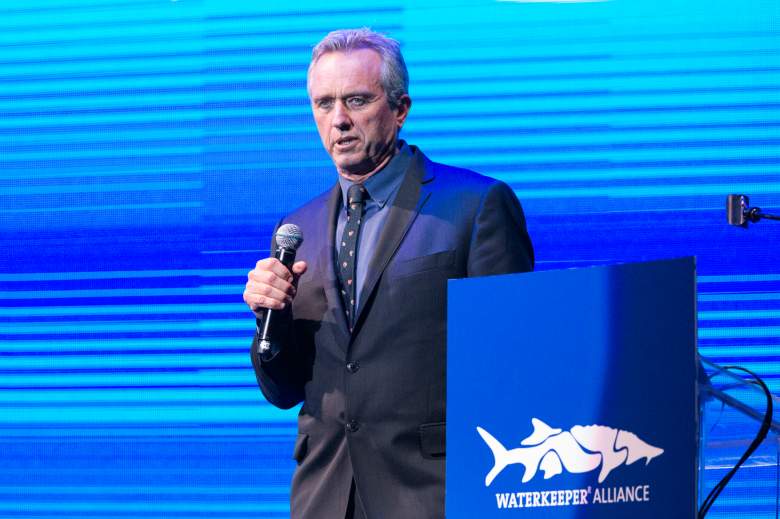 On September 16, 1983, Robert F. Kennedy Jr. Was charged with heroin possession. He became ill while in the bathroom of an airplane flying to Rapid City, South Dakota. The authorities obtained a search warrant to search him after Thursday after he failed a drug test.

The arrest came just two days after he announced that he was seeking treatment for a drug problem. As heroin is a felony in South Dakota, Kennedy Jr.s charge was punishable by up to two years in prison.

In February ’94, he was sentenced to community service after attending rehab. He joined the Riverkeeper organization, where he was required to complete 1,500 community hours, and after his hours were completed, the company hired Kennedy as their chief attorney.

3. He’s the President of the Board of Waterkeeper Alliance

Kennedy Dr. is widely known as an environmental activist. He has been named one of Time Magazine’s “Heroes for the Planet” after helping restore the Hudson River, and has served as the Senior Attorney and President for Waterkeeper Alliance and Chief Prosecuting Attorney for Hudson Riverkeeper.

According to his bio on the Waterkeeper Alliance’s website, Kennedy has helped several indigenous tribes in Latin American and Canada negotiate treaties to protect their homelands. He also helped negotiate The New York City watershed agreement to protect the city’s water supply. He has published many books on the aforementioned topics, including: Crimes Against Nature (2004), The Riverkeepers (1997), and Judge Frank M. Johnson, Jr: A Biography (1977) and two children’s books St Francis of Assisi (2005), American Heroes: Joshua Chamberlain and the American Civil War and Robert Smalls: The Boat Thief (2008). 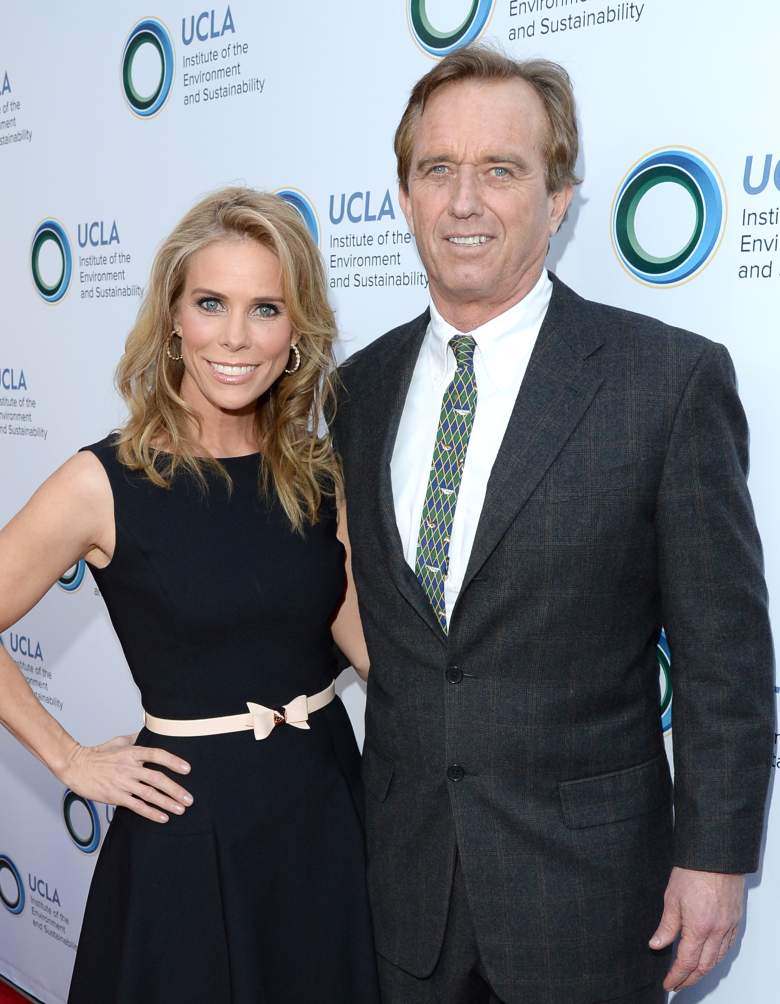 Actress Cheryl Hines is Kennedy’s third wife. Their engagement was announced in April 2014, and married just four months later. Before Hines, Kennedy was married to Emily Black from 1982-1994, and Mary Richardson from 1994-2010. Richardson committed suicide by hanging herself in May 2012.

Not all of Hines’ friends were supportive of their marriage, though. Two months before they were married, reports claimed that he was having an affair with Chelsea Chapman Kirwan.

In 2014, The New York Post also released an article where they wrote that he kept a list of dozens of his mistresses under the letter ‘G’ on his cellphone. (His late wife, Richardson, said that he chose ‘G’ because of the word “Goomah”, which means mistress in Italian slang.) The Post writes, “While Kennedy didn’t have a gal in every port, he did seem to have friends in many places. At least five women were from Toronto; one was in Paris; others were in Palm Beach, Fla., Alaska, Aspen, Colo., Miami, Montreal, Cleveland and Pensacola, Fla. One woman had the notation “airplane” after her name, another “farm,” and another “teacher.” One was cryptically known as ‘Z.'”

The news outlet also added that Kennedy’s late wife found journals in the couple’s home, in which Kennedy would write down his sexual “conquests”, along with “numbers from 1 to 10… [which] referred to sexual acts, with 10 being intercourse.” You can look at pictures from Kennedy’s journal entries here.

5. He Graduated From Harvard 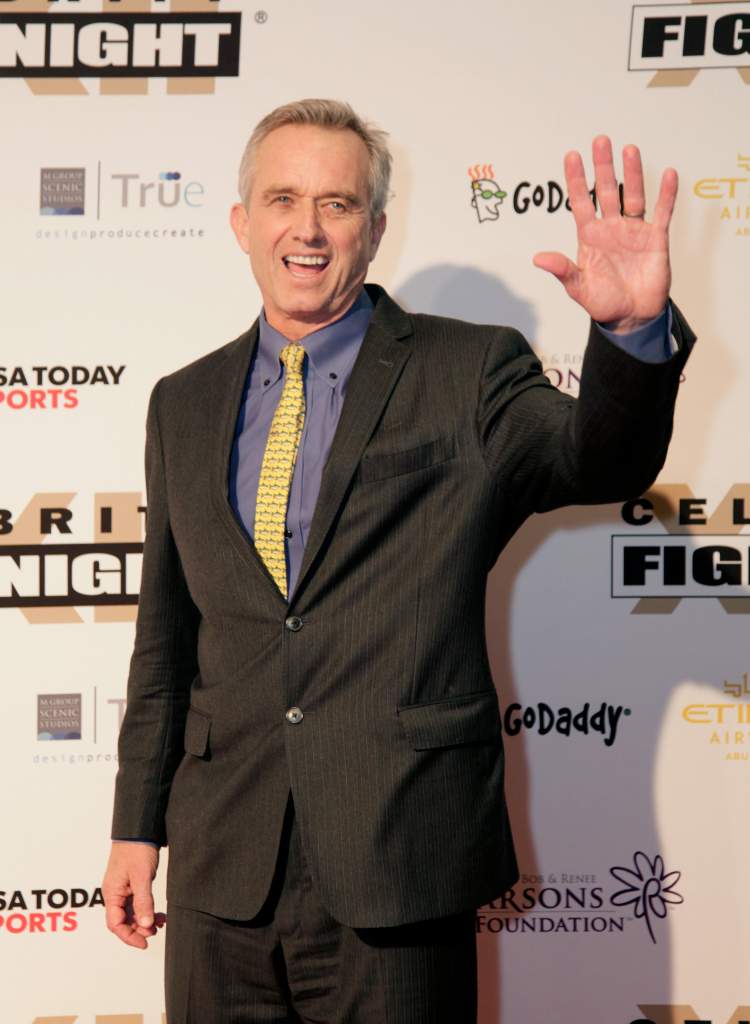 Kennedy studied at Harvard University and the London School of Economics. He graduated from the former in 1976 with a Bachelor of Arts in American History and Literature.

He subsequently obtained a law degree from the University of Virginia and a Master of Laws degree from Pace University. In July 1983, the environmentalist passed the bar exams, but was unfortunately disbarred and fired from his District Attorney job for drug abuse. 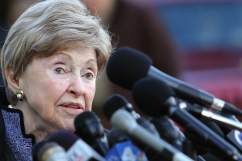