Media speculation began swirling about GOP presidential candidate Donald Trump dropping out of the race after more than 24 spiraling hours of negative publicity and an ABC News report about top Republican officials trying to figure out how to replace the bombastic Trump if he calls it quits.

Trump has criticized the Muslim parents of a fallen U.S. soldier, refused to endorse top GOP lawmakers and even kicked a baby out of a rally — all things that have turned up the heat on the candidate. ABC News reported on Wednesday “senior party officials are so frustrated — and confused” that they’re “exploring how to replace him.”

Priebus "furious," per @jonkarl. Senior GOP officials "actively exploring" how to replace Trump on ballot if he drops out. @GMA

So is Trump dropping out of the race? No. Well, not yet, at least. 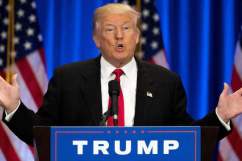 Plus, there’s the man Trump himself. Slate’s Jamelle Bouie writes:

If life is a dominance game and losing is verboten—and for Trump, both things are true—then the only thing worse than national humiliation at a debate or on Election Day itself is dropping out. Dozens of men have lost presidential elections. Some have even lost them in landslides. But Trump would be the first nominee to quit the presidential race. A world-historical loser who couldn’t follow through to the end.

Although public opinion might not be in his favor (nor in Clinton‘s), don’t expect Trump to drop out any time soon. 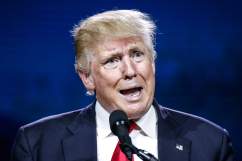 Loading more stories
wpDiscuz
2
0
Would love your thoughts, please comment.x
()
x
| Reply
There is Speculation around GOP presidential nominee Donald Trump dropping out of the race -- and how to replace him if he does. But he won't. Here's why.