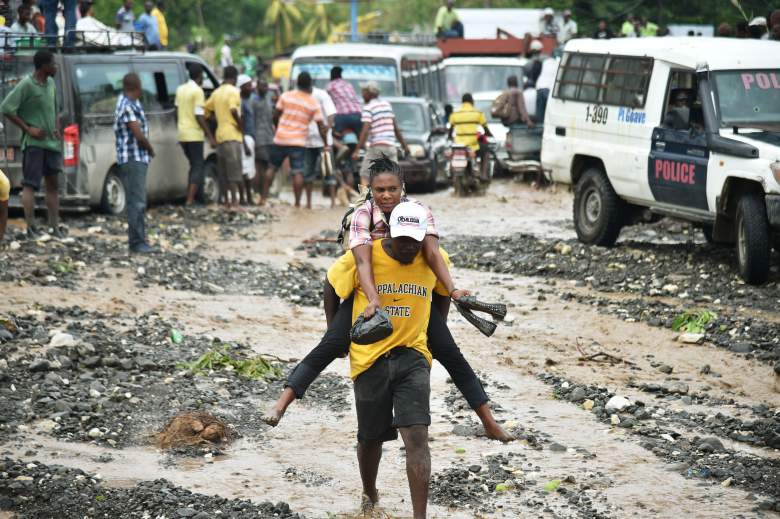 Haiti was left devastated by Hurricane Matthew, which is now hitting Florida. Over 800 people have died in Haiti because of the storm. Matthew is now reaching wind speeds of 120 mph and is currently a Category 3. There have also been three deaths reported so far in Florida.

The Haitian interior minister confirmed to ABC News earlier Thursday that at least 108 people have died in Haiti alone. Officials there believe that the death toll will only continue to rise as some villages are still inaccessible. The BBC confirmed late Thursday that at least 264 people have been killed in Haiti. Four people were also killed in the Dominican Republic.

Later, The Washington Post reported that 299 people are confirmed dead, according to the Haitian government.

At 4:24 p.m. ET, Reuters reported that the number of dead in Haiti climbed to an astonishing 842. Tens of thousands are homeless and cholera has already started killing others.

“It’s wiped out. Barely 1 percent of houses are standing. The people are alive…they survived. But soon they may starve. They’re cut off,” a Hatian Health Foundation spokesperson told ABC News after a pilot flew over the city of Jeremie.

As of October 5, a Civil Protection Department report estimates that 1,855 houses were flooded, 348 houses destroyed and the hospital in Jeremie was affected. Over 350,000 people are in need of assistance because of the storm

Jean-Michel Vigreux, Country Director for CARE in Haiti, told ABC News that the southern part of Haiti is “cut off from the rest of the country.”

The United Nations said that over 377,000 people were evacuated in Cuba because of the storm.

ABC News reports that there have been three deaths in Florida so far. Two died in St. Lucie County – a woman in her late 50s and an 82-year-old man. A woman in her 60s died in Volusia County. 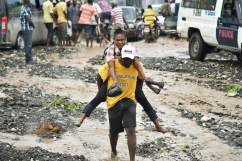 Read More
Breaking News, Haiti
wpDiscuz
0
0
Would love your thoughts, please comment.x
()
x
| Reply
Over 800 people have been killed in Haiti due to Hurricane Matthew, which is now a category 3 storm.