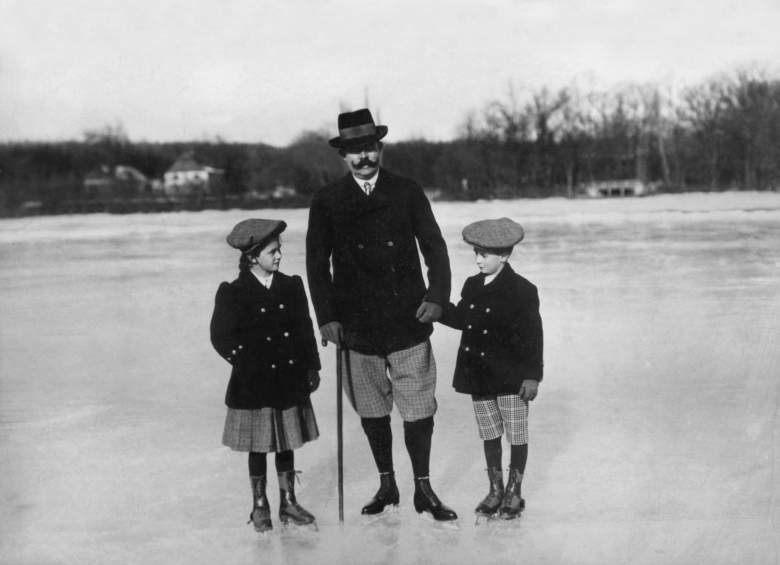 On December 19, Andrey Karlov, Russia’s ambassador to Turkey, was shot and killed during the opening of an art gallery exhibit in Ankara. The attack has drawn comparisons to the assassination of Austro-Hungarian Archduke Franz Ferdinand, whose murder sparked World War I on June 28, 1914.

Ferdinand’s death sparked a chain reaction that suddenly engulfed all of Europe in war because of an entanglement of alliances. After Austria-Hungary declared war on Serbia a month after Ferdinand was killed, Germany entered the war on Austria-Hungary’s side. Russia was Serbia’s ally, so an attack on Serbia brought Russia into the war. Russia was also part of the Triple Entente – later the Allied Powers – and that brought in France and the U.K.

The U.S. did not enter World War I until April 1917, when it declared war on Germany. The U.S. was involved in the war for less than half of its length, as the war ended on November 11, 1918. Over 9 million soldiers died in World War I.

Karlov’s death brings up a similar situation, where if one country declares war on another, it would cause a domino affect of allies coming to help one another. Russia has been backing Syrian President Bashar Al-Assad in the Syrian Civil War, while Turkey has condemned Assad. Turkey is a member of NATO, and would require the support of other NATO allies – including the U.S. – if attacked. Therefore, there has been chatter about how this event could lead to World War III.

Charles Lester reports that local Turkish media have identified the shooter as Mert Altintas, a member of the Ankara Police Special Operations.

Here’s a look at the assassination of Franz Ferdinand.

1. Ferdinand Was Heir Presumptive to the Austro-Hungarian Throne When Assassinated 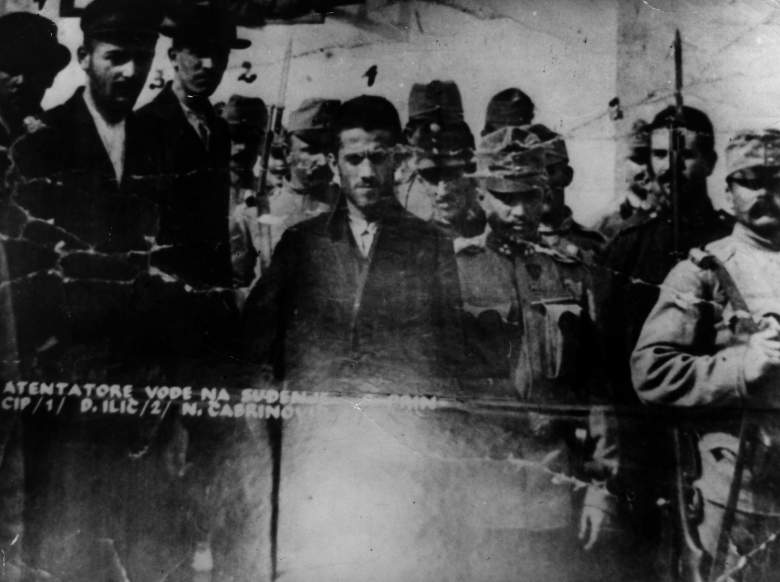 Gavrilo Princip killed Franz Ferdinand and his wife, Sophie. Princip was a Serb nationalist who wanted all Serb states to be united. He was part of a group called the Young Bosnians. (Getty)

Ferdinand was in line to become the King of Austria-Hungary at the time of his assassination. He wasn’t originally supposed to be, but after his cousin, Crown Prince Rudolf committed suicide, his father, Karl Ludwig, became heir apparent. However, Karl Ludwig died in May 1896, preceding the death of Franz Joseph I.

When Franz Joseph I died in November 1916, as World War I was still raging, Charles I (also known as Charlies IV as the King of Hungary) became King of the dual monarchy.

A Shot that Changed the World – The Assassination of Franz Ferdinand I PRELUDE TO WW1 – Part 3/3On June 28th, 1914, Franz Ferdinand, the heir to the Austro-Hungarian throne, was assassinated by Gavrilo Princip, a nationalist working for the Serbian underground organisation "Black Hand" (officially known as "Unification or Death"). From today's perspective, the assassination is seen as the event that triggered the chain reaction leading to the outbreak of the Great…2014-08-04T17:45:37.000Z 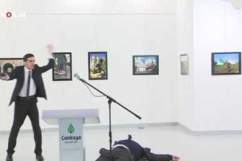 2. Ferdinand’s Assassination was Preceded by the Brutal Assassinations of the Serbian King & Queen, Who Were Killed so Nationalists Could Install a New Regime 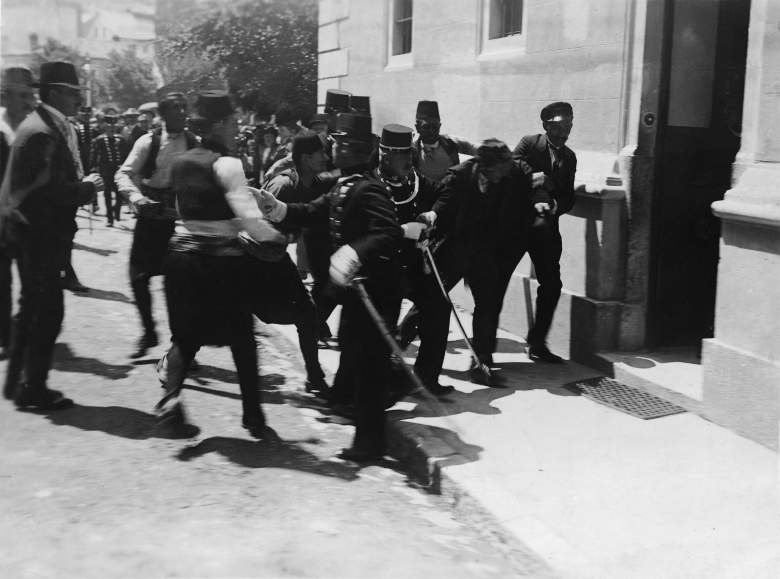 The above photo shows Sarajevo police arresting Nedeljko Cabrinovic, who was a member of the group Princip was with. (Getty)

A series of violent, bloody events in Serbia led to the assassination of Ferdinand. On the night of July 10-11, 1903, King Alexander and Queen Draga of Serbia were assassinated by Serb nationalists to install a new regime under King Peter.

The assassins were led by Colonel Dragutin Dimitrijevic, who would later found the group called the Black Hand, which was involved in Ferdinand’s assassination, inside Serbia. The group hoped to unite the Yugoslav countries under one government.

Peter’s regime was not friendly with Austria-Hungary and Serbia’s relationship with its neighbors became tense as the first decade of the 20th century continued. Austria-Hungary annexed Bosnia-Herzegovina, which further angered Serb nationalists who hoped to rebuild the country’s empire.

Gavrilo Princip, the man who pulled the trigger of the gun that killed both Ferdinand and his wife, was a member of the Young Bosnians group, which the Black Hand helped in the assassination.

“I am a Yugoslav nationalist, aiming for the unification of all Yugoslavs, and I do not care what form of state, but it must be freed from Austria,” Princip said during his trial. 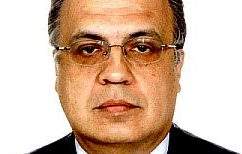 3. Ferdinand Was in an Open Car, Rather Than a Covered Carriage 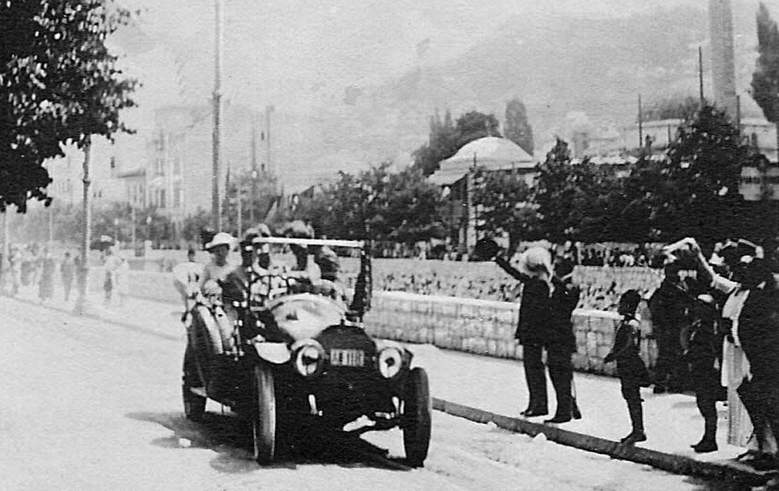 The above photo shows Ferdinand and Sophie in their open car, moments before the assassination. (Getty)

Karlov was killed at an art gallery in Ankara. Ferdinand’s fateful trip to Sarajevo included a similar event, attending the opening of the State Museum there, with his wife. Ferdinand and Sophie were riding in a car when Princip shot at them.

Ferdinand also had a great love story in his life. He was married to Countess Sophie Chotek, who he could only marry if he agreed that their children and descendants would not be able to sit on the Austro-Hungarian throne. Sophie also wouldn’t earn a royal title and she couldn’t sit in a royal box or royal carriage. They married in July 1900 and had three children. A fourth was stillborn.

Since Sophie wasn’t considered royalty, they weren’t allowed to go to many official events together, notes the University of Tulsa. Events they could go to together included those where he was acting in a military capacity, including inspecting troops. So, he looked forward to inspecting troops after visiting the Town Hall partly because it gave him an opportunity to be with his wife. 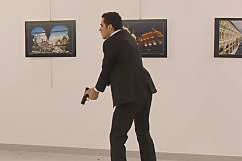 4. Ferdinand & Sophie Were Warned About the Dangers of Going to Bosnia-Herzegovina, Where the Population was 40 Percent Serbs 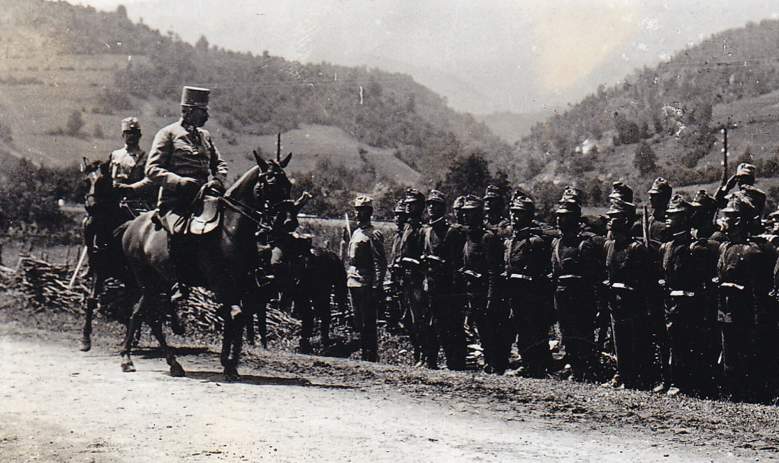 Here is Ferdinand inspecting troops the day before his assassination. (Getty)

As History.com notes, Ferdinand was aware that going to Bosnia-Herzegovina would be dangerous. Forty percent of the territory’s population was Serb. He was against Austria-Hungary annexing the territory because he knew it would only make the relationship between it and Serbia worse.

However, a warning about the plan by the Black Hand and Young Bosnians to assassinate Ferdinand on June 28 did not reach Ferdinand. According to the Telegraph, Serbian prime minister Nikola Pašić was aware of the plot, but could not directly do anything about it. If he did, Serbs could have seen him as a traitor. But if the assassination succeeded, it might have exposed a link between the Serbian government and the Black Hand.

Dr. Leon von Bilinski, a politician within the Austro-Hungarian government, did receive a message that, if Ferdinand went to Sarajevo, “Some young Serb might put a live rather than a blank cartridge in his gun and fire it.” Bilinski ignored the seriousness, instead replying, “Let us hope nothing does happen.”

Ferdinand was aware that traveling to Sarajevo wasn’t the best idea. “Our journey starts with an extremely promising omen. Here our car burns, and down there they will throw bombs at us,” he reportedly said on the way to Sarajevo, when one of the car’s axles overheated.

The Young Bosnians group planned to assassinate Ferdinand after hearing that he would be in Sarajevo. The group had help from the Black Hand, which smuggled their weapons across the border with Serbia. According to worldwar1.com, the seven men chosen for the job all ranged between the ages of 19 and 27 and all had tuberculosis.

The group almost didn’t succeed. In their first attempt, their bomb bounced off Ferdinand’s car, rolled under the wrong one and exploded. Ferdinand could have left Sarajevo at that point, but he continued to the Town Hall. After that, he wanted to visit wounded troops at a hospital. On the way there, the motorcade turned down a side street where Princip was. Princip fired, killing Ferdinand and Sophie.

Princip was sentenced to 20 years in prison, but he got tuberculosis while in jail and died at age 23. He died in April 1918, months before World War I ended on November 11, 1918. 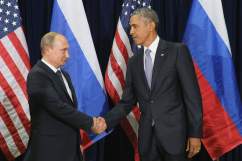 5. In 2013, an Austrian Museum Put Ferdinand’s Bloodied Shirt on Display 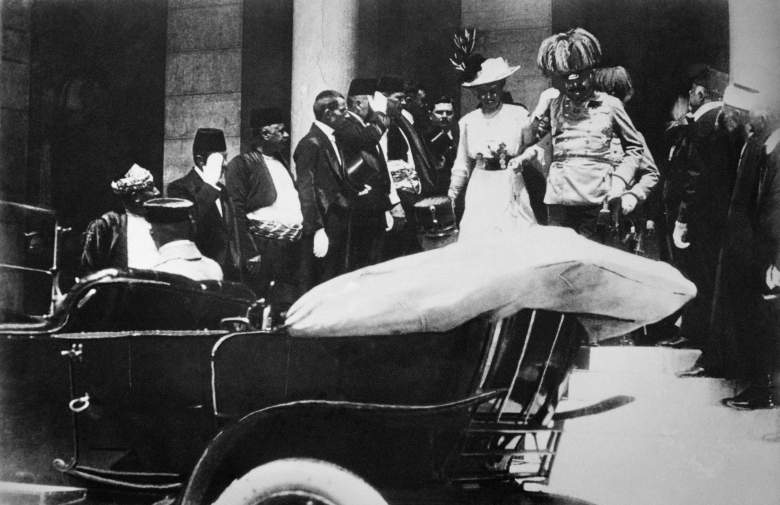 The shirt Ferdinand wore at the time of his death still exists and was in the hands of the Jesuits until 2004. According to the Guardian, the shirt was discovered gathering dust and was then given to the Austrian Military Museum. They put it on display in June 2013, a year before the 100th anniversary of the assassination.

“This is the undershirt he was wearing beneath his uniform, directly on his skin, so it’s much more blood-soaked than the uniform he wore over it,” the museum’s Thomas Reichl told the Guardian.

The shirt was on display for 12 days in a dimly lit room. The museum also had the car Sophie and Ferdinand were riding in the day of their assassination.

“We’re expecting a large interest in the shirt because it goes on display so rarely, and especially in the run-up to the 100th anniversary of the assassination next June,” Reichl told the Guardian.

Near the Latin Bridge, where the fatal shots were fired, tourists can visit a museum dedicated to Ferdinand’s life. There is also a memorial plaque on the bridge.

Read More
5 Fast Facts, Russia, Turkey, World War I
The death of Russia's ambassador to Turkey, Andrey Karlov, has sparked comparisons to the assassination of Archduke Franz Ferdinand, which started World War I.