On the night of August 20, 1989, Erik and Lyle Menendez shot and killed their parents, Jose and Kitty Menendez, in the den of their Beverly Hills mansion. Lyle and Erik were 21 and 18 at the time of the murders, respectively, and in 1996, they were formally sentenced to life in prison without the possibility of parole.

Speaking with ABC News after spending 27 years in prison, Lyle says that in many ways, he is more “at peace” now than he was during his childhood, and that he has found solace in the connections he has formed with those around him. One of those people is Rebecca Sneed, a Sacramento magazine editor who Lyle married in a ceremony in a maximum security prison in 2003.

Read on to learn more about Sneed, the Menendez brothers, and their lives behind bars.

1. Sneed & Menendez Were Married in a Ceremony at Mule Creek State Prison In 2003

In November 2003, Menendez and Sneed married in the visiting area of Mule Creek State Prison in Ione, California. Unlike Erik’s wife, Tammi, Rebecca has maintained a low profile since tying the knot, avoiding media interviews and questions about their relationship. Lyle has only recently addressed the marriage in a public setting. Speaking with ABC News for their new documentary, Truth and Lies: The Menendez Brothers, Menendez revealed, “I’ve found I can have a healthy marriage that is complicated and built around conversation and finding creative ways to communicate, sharing, without all the props that are normally there in marriage in terms of going out to dinner and having as much intimate time together and so on.”

Recently, tabloids have claimed that behind bars, Lyle was involved in a sexual relationship with an ex-gang member. In a National Enquirer interview, former inmate Eugene L. Weems said of Lyle, “Behind these prison walls he was considered a coward – and a rich gay boy.” Weems went on to claim that Lyle’s boyfriend was allegedly named Chino. “One day I looked in Lyle’s cell, I was shocked to see him lying in a bunk, hugged up with Chino.” There has been no confirmation of this relationship by Menendez or his legal team, but Weems says that Sneed “was hysterical” after hearing the news. “She didn’t know he was gay,” he claims.

Eriksson was a former model, who began posing for Lord & Taylor at age 14. After graduating high school, she moved abroad, and pursued a modeling career in London, Sweden, and Paris.

In a 1996 interview with People, Eriksson revealed that she first encountered Lyle Menendez while watching a televised broadcast of his trial in 1993. “I was watching the lawyers thanking people for all these letters of support Erik got. I thought to myself, ‘What about Lyle?’” Eriksson, who was working at a salon at the time, decided to write the eldest Menendez brother a letter, which he responded to with a thank you note.

In 1994, while still maintaining a relationship with Lyle via handwritten letters, Eriksson moved to Los Angeles. Not long after, Menendez invited the ex-model to visit him in prison, which she did. After meeting, Lyle and Eriksson continued their correspondence by phone, and within a matter of months, they decided they wanted to marry.

A spokesman at the Tehachapi Prison confirmed to the LA Times that the couple was married on July 2, 1996, by Judge Nancy Brown. The marriage lasted until Eriksson discovered that Menendez was corresponding with another woman (his current wife). The divorce was finalized in 2001.

3. They Knew Each Other for About a Decade Before Marrying 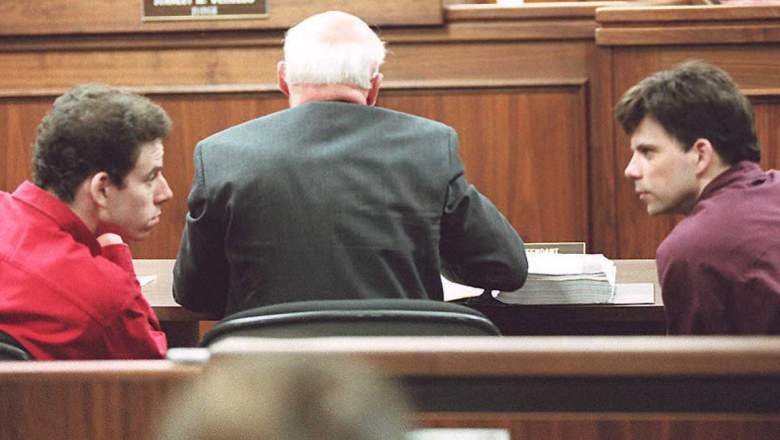 LOS ANGELES, UNITED STATES: Erik (L) and Lyle (R) Menendez converse in the courtroom during a hearing in Los Angeles, in this 02 February 1995 file picture. (Getty)

In 2003, a prison spokesman told the Associated Press that the couple knew each other for about 10 years before getting married. To this day, they are not allowed conjugal visits (sometimes referred to as extended family visits), as they are prohibited in California by inmates serving life sentences.

4. Since Marrying Menendez She Has Become a Defense Attorney

Sneed was working as a magazine editor when she met Lyle, and has since become a civil defense attorney, according to Rolling Stone.

In a 2005 article titled “Life & Love Behind Bars”, Erik’s wife, Tammi Ruth Saccoman, revealed that she briefly lived with Lyle’s wife, but the two didn’t get along.

Erik married Saccoman in 1999, in a waiting room at Folsom State Prison. Soccoman is ten years Erik’s senior, and, like Anna Eriksson, first encountered the Menendez brothers on the television, watching their murder trial. After watching the televised broadcast, Tammi told her then-husband, Chuck Saccoman, that she wanted to write to Erik, and he said “go ahead”. Tammi and Erik struck up a relationship via letter, and two events that occurred later on brought that relationship to the next level. “The first was that in 1996 Tammi discovered that her husband had been having a three-year sexual relationship with her daughter—his stepdaughter—starting when the girl was 15.” The second was that two days after turning himself into police, Soccoman committed suicide. Tammi tells People, “I reached out to Erik. He comforted me; our letters started taking on a more serious tone.” A transcript from Tammi’s interview with Larry King Live on December 20, 2005, reads:

KING: Were the kids good with Chuck?
T. MENENDEZ: Yes, yes. He was a good father. He…
KING: Does he still see them?
T. MENENDEZ: Well he committed suicide.
KING: Over this?
T. MENENDEZ: Over what he did to his daughter, yes. 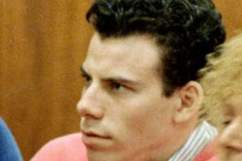 Loading more stories
wpDiscuz
1
0
Would love your thoughts, please comment.x
()
x
| Reply
Lyle Menendez, who is serving a life sentence for the murder of his parents, married his wife Rebecca Sneed at a ceremony in a maximum security prison in 2003.